In Memory of Lieutenant Brian McNair 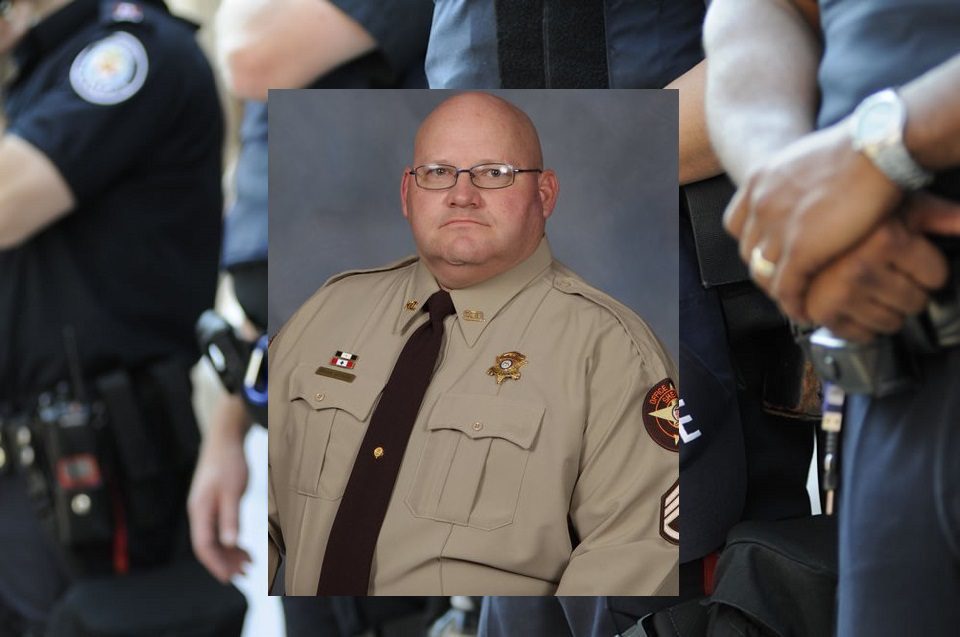 On Monday, July 20, 2020, Georgia officials announced another law enforcement officer’s death to the destruction of COVID19. Lieutenant Brian McNair, age 53, died due to complications from the virus. It has been confirmed that he had three separate on-the-job contacts with inmates in the Hall County Jail.

Lt. McNair spent his life serving others. He worked for Habersham County Sheriff’s Office, then achieved the rank of Lieutenant as a jail officer with the Hall County Sheriff’s Office. McNair put his life on the line for all Americans with the US Marine Corp. He continued to protect Georgia’s citizens by being an active member of the Georgia National Guard, where he went on deployment on several occasions.

McNair also donated his time as an Assistant Scoutmaster for young boys and men in Troop 5 Boy Scouts in Clarksville.

Retired Captain Brad Rounds spoke of how McNair made others laugh. “Our hearts are broken, that’s for sure. He’s going to be missed. He’s just one of those guys that whenever you saw coming, you smiled. He always had you laughing about something. That’s just the way he was. If you were in a bad mood and you spent 10 minutes around him, he’d have you laughing about something.”

McNair served with the Hall County Sheriff’s Office as a Lieutenant with the Hall County Jail. Hall County was founded in 1818, during a time when the southern mountains of Georgia were still populated with Native Americans. The county has seen a great deal of tragedy through history yet is beginning to grow and prosper. During the depression, in 1936, Gainesville, the county seat, was hit with the second deadliest tornado in the nation. More than 200 residents died, and another 1000 residents were seriously injured. The will to continue and thrive has continued today, where Hall County has experienced a 40% growth in residents since 1990.

The Hall County Sheriff’s Office has been steadfast during the hard times and a leader in today’s time of growth. The number of officers and the department’s size has grown steadily to meet all the new residents’ needs. The deputies provide patrol and public safety, court services, and management of the Hall County Jail. The department’s mission is to continue to provide a safe environment for families to thrive and prosper.

Families everywhere are being devastated by the impact of the coronavirus. Lieutenant Brian McNair leaves behind his wife and nine children. Nine children who are now fatherless because COVID19 has been out of control, ravaging Americans’ lives. His children range in age from toddler to college level.

Hall County Sheriff Gerald Couch gave a brief statement on the passing of Lt. McNair. “The news of Lt. McNair’s passing came as a great shock to his family and his law enforcement family this morning. He will forever be remembered for his dedicated service to our country and the counties he served in Georgia. Words cannot express my desire for this community to pray for Lt. McNair’s family.”

A friend and fellow scoutmaster, Jeremy Dundore, commented on his loss of a friend. “Brian was a great father and husband. He was always willing to help whenever he was needed and eager to donate his time and expertise.”

The Hall County Sheriff’s Office began a donation fund to help his large family continue without his support. “The Hall County Sheriff’s Office has established a memorial fund at Peach State Bank & Trust in Gainesville (GA) to benefit the family. The sheriff’s office’s men and women sincerely thank the community for its offers of support during this difficult time. For those with a desire to help, the fund is a safe and secure way to assist Lt. McNair’s family. All donations in the account will go directly to the family.”

Contributors can make donations in person at the 325 Washington St. bank, at the drive-through teller line, by mail, or in the deposit box. Checks should be made payable to “In Memory of Lt. Brian Keith McNair.”