In Memory of Lieutenant Aldemar Rengifo 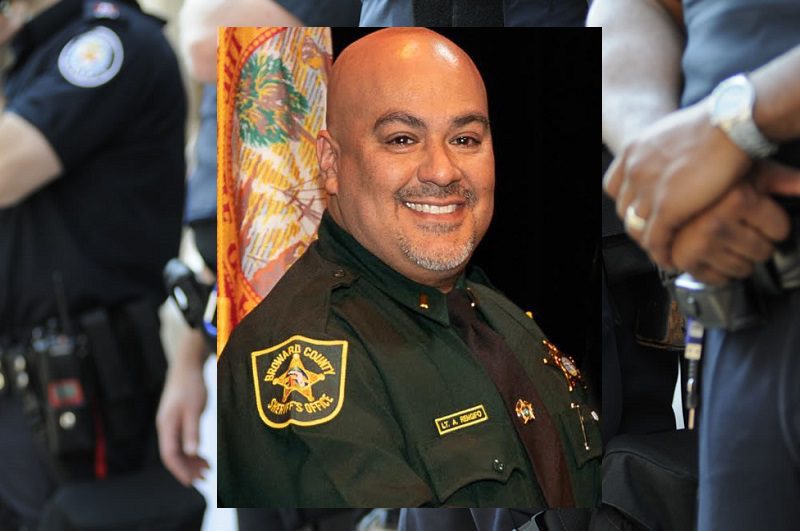 With great sadness, Broward County authorities announced the death of a veteran law enforcement officer to the pandemic. Lieutenant Aldemar Rengifo passed away on Sunday, August 16, 2020. He was 47 years old and had spent more than 20 years of his life serving his community through law enforcement.

Officer Rengifo tested positive for COVID19 on July 27, 2020. He fell ill and was immediately hospitalized. ‘Al’ Rengifo fought desperately to live, yet the virus took his life from the many complications for which it is known. He died over two weeks after he was admitted to the hospital.

Rengifo had devoted more than 27 years of his life to the service of others in his community. He joined the Broward County Sheriff’s Office just over 20 years ago. During his tenure as a law enforcement officer, he held many positions ranging from Internal Affairs to leading the Neighborhood Services Bureau. In 2012, Rengifo was named Detective of the Year. He won this award “for his leadership and dedication to keeping residents and visitors safe.”

Rengifo joined the BCSO in 2000, taking the position of deputy sheriff cadet. His job performance was outstanding, and he moved on to become a full-time deputy. Rengifo, whose friends and coworkers called ‘Al,’ was promoted to sergeant’s rank in just five years. His strength and integrity on the job called for him to get promoted again only four years later to lieutenant’s position.

Broward County borders Miami-Dade County. This area has been called the country’s new coronavirus epicenter. According to state health data, an additional 48 cases on Saturday brought the death toll in Miami-Dade County over 2,000. This area of Florida is under the threat of the virus and is doing all they can to prevent the disease’s spread.

Lieutenant Aldemar Rengifo leaves behind his wife and son. The community, including other officers and family members, are joining in the celebration of a life well-lived. The grief over such a loss causes residents to become closer and find meaning in their own lives. The family, with all their friends and neighbors, are grieving the loss of their local hero.

The Broward County Sheriff’s Office posted the following comment regarding Lt. Rengifo’s time on the job. “Lt. Rengifo was a true professional. During one of his annual performance evaluations, a supervisor wrote that he interacts well with his peers along with the general public and can be counted on to maintain a calm and professional demeanor when dealing with complex and stressful situations.”