In Memory of Lieutenant Adam Gustafson 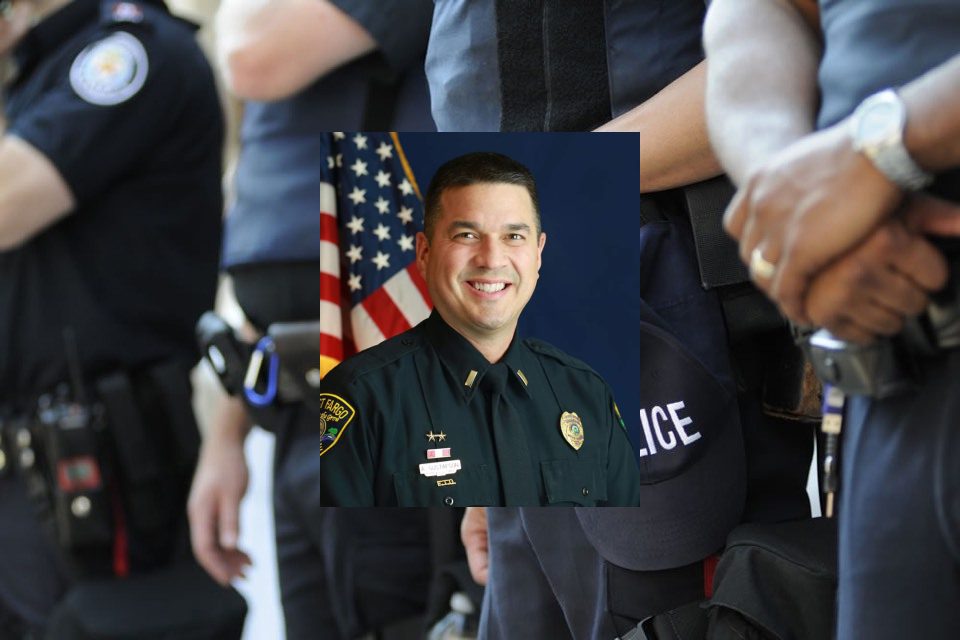 On Tuesday, May 18, 2021, the West Fargo Police Department informed the public that they had lost a Lieutenant to a fatal heart attack. Lieutenant Adam Gustafson, age 40, died shortly after attending an active shooter training program at the department range. Since this medical problem occurred due to training stress, it is considered a line of duty death.

Several officers participated in an active shooter training session. Once the police training had been completed, Lieutenant Gustafson returned to the West Fargo Police Department headquarters. He was found by other members of the department in the garage unresponsive. CPR was immediately started till EMTs arrived. Gustafson was rushed to a local hospital, where he was pronounced dead.

Lt. Gustafson lived a life of service. He started after high school graduation with the military. Gustafson is a US Army combat veteran. Once he had passed his law enforcement training, he began with the West Fargo Police Department. Lt. Gustafson served the community and provided protection and help to anyone in need. He worked as a law enforcement officer for the West Fargo Police Department for more than ten years.

Lieutenant Adam Gustafson served for more than ten years with the West Fargo Police Department. As West Fargo grew, it became apparent to residents that they would need a law enforcement agency. The WFPD was initiated in 1968. At that time, the department had three officers and two squad cars. Today they are a full-service nationally accredited law enforcement agency with more than 65 sworn officers. During their operation, the WFPD has also watched their community grow from approximately 5,000 residents in 1968 to more than 33,000 today.

We often consider the ‘violent’ dangers that officers face on a day-to-day basis. It takes knowledge of how police work can impact an individual before you might consider the additional health risks. Many officers who face the constant adrenaline rush of their career studies find that their health often suffers from high blood pressure and other health issues.

Lieutenant Adam Gustafson leaves behind his wife and three children. Many residents and officers will be there to help escort Gustafson to the funeral home with honor. It will take the community, friends, and neighbors to help ensure that the Gustafson family can find a solid future.

The message was shared by all the speakers who had come to honor Gustafson at his funeral. “Lt. Adam Gustafson will be remembered for many things: his service to his country, his commitment to his community, his infectious smile, his passion for travel, and his love and pride for his wife and children.”

West Fargo Police Chief Dennis Otterness gave his condolences to the family and said goodbye to his friend and fellow officer. “Your many acts of kindness, love, and compassion have not only been comforting to the family but the law enforcement family, as well. He was humble, hardworking, had a great sense of humor, and always performed to the highest level. We’ll always remember Adam for a great life cut short too early.”