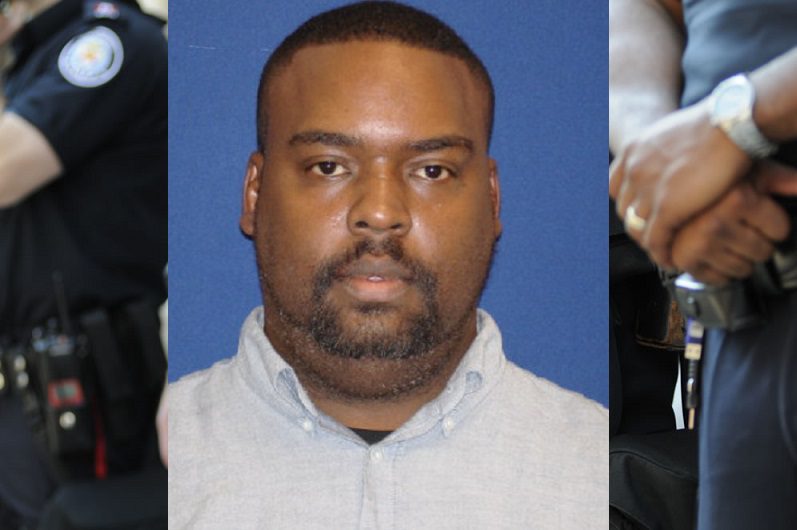 Juvenile Corrections Officer Sean Wilson, 43, died on Sunday, June 28, 2020, from complications of COVID-19 after contracting the virus during an outbreak among staff and juvenile offenders at the Giddings State School in Lee County, Texas. Officer Wilson had served with the Texas Juvenile Justice Department for six years. Officer Sean Wilson, of Brenham, leaves behind a loving wife, Catina (Tina), and his eight-year-old son, Jace.

The Texas Juvenile Justice Department in Austin, Texas, reported their first COVID-19 related death with the passing of Officer Sean Wilson, a respected Youth Development Coach at the Giddings State School. He worked for the agency since 2014. Wilson had been diagnosed with COVID-19 on June 22, 2020, and not even a week later, he passed away at his home on the night of June 28, 2020.

Camille Cain, Executive Director of TJJD, gave a brief statement about the loss of Officer Wilson. “The entire TJJD family is grieving over the loss of Sean Wilson, a dedicated staff member at the Giddings State School who cared deeply for the youth he worked with. Sean had worked for the State of Texas for fourteen years and for TJJD since 2014. He leaves behind a loving wife and an eight-year-old son. We are devastated by their loss and mourn with them during this time.”

Three days after a youth development coach died of complications related to COVID-19, the Texas Juvenile Justice Department announced that all youth and staff members in its five detention facilities would be tested for the coronavirus.

After seventeen youths tested positive for the coronavirus, Texas juvenile lockups began mass testing for all detainees and staff. The agency conducted mass testing at its five secure detention areas, totaling about 700 of the youth detainees and 1,700 employees. The Texas Juvenile Justice Department also used the same oral tests used by the Texas Department of Criminal Justice to conduct more than 100,000 tests on adult prisoners.

Until June, TJJD had largely escaped reported cases of COVID-19 that was first declared a Texas emergency in March. Just two employees tested positive in April and May. But on June, 28 more employees and 17 detainees also tested positive for the virus at four of the state’s juvenile lockups. At TJJD halfway houses, four additional young people tested positive, the agency reported in a news release.

The youth were all being treated at the lockups, TJJD said in a news release. TJJD Executive Director Camille Cain said in a news release. “As we see an increase in COVID-19 cases at our facilities, the best way to protect our youth and our employees is to fully understand the situation and respond accordingly,” adding that, “A clear understanding of the spread of the coronavirus will allow for a targeted medical response.”

The tests, a quick 20-second mouth swab, with results from a third-party lab expected about two days later, were administered by staff members with the youth agency after training by teams with the Texas Department of Criminal Justice, Cain said.

TJJD has reported that two other youth development coaches at Giddings had tested positive on June 16 and 19. Based on initial contact tracing, those infections appeared to have been caused by outside exposure.

There are numerous memorable quotes, reflections, statements, Biblical Verses, heartfelt words, and beautiful sentences written about Sean Wilson. They all seemed to have common threads – he was a great man who was loved, great company, funny, loved his family, loved God, and made a significant imprint on each person with which he interacted.

Camille Cain, Executive Director of the Texas Juvenile Justice Department, Colleague, and Blue Blood Family Member, issued the following statement on the death of Corrections Officer Sean Wilson: “The entire TJJD family is grieving over the loss of Sean Wilson, a dedicated staff member at the Giddings State School who cared deeply for the youth he worked with. Sean had worked for the State of Texas for fourteen years and for TJJD since 2014. We are devastated by their loss and mourn with them during this time.”

Brenda Botello of Austin, TX, extended her personal, heartfelt sympathies over the loss of Officer Wilson. “I was lucky enough to work with Mr. Wilson and got a chance to see what a great man he was. I will miss him dearly and wanted to extend my sympathies to Mrs. Wilson and the family.”

Antoinette Thomas, a friend, and colleague from Giddings State School, left her well wishes for Wilson’s family. “Mr. Wilson, you will be missed, and my prayers are with your family. To Mrs. Wilson, I will keep you and your son in my prayers and know he loved y’all; he talked about y’all all the time.”

Larry Shupe, a friend, and coworker of Officer Wilson, wrote about their friendship and the sadness he felt over his passing. “The passing of Sean, my friend, and Coworker, just strikes me to the core. I can’t tell you how many laughs we’ve had together over the years, as well as the sympathy Sean showed me when Mom passed in July of 2017. You will be missed, my friend!”