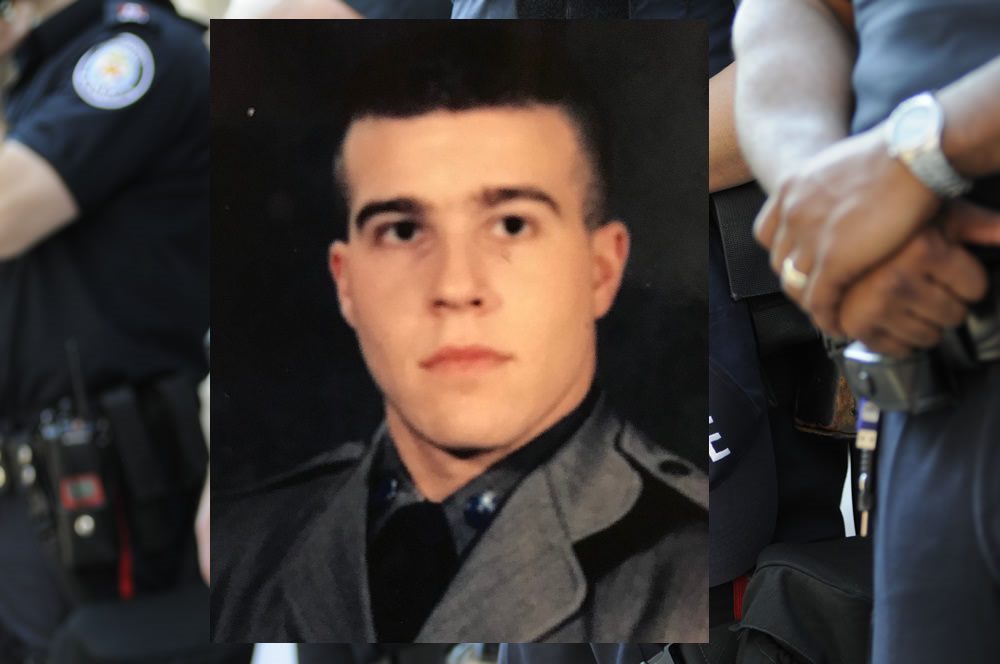 On January 1, 2020, the first day of the new year, Investigator Ryan D. Fortini became the first Line of Duty Death for law enforcement officers of the year. While it is an honor to give your life in service to others, risking it all to save the lives of many, being on the list of lost officers is always a tragedy for all involved. Investigator Fortini worked for the New York State Police Department and was one of the first responders on site during the attacks of 9/11. When everyone was running away from danger, falling debris, explosions and more, Investigator Fortini ran towards the danger, looking to see who he can assist and how he can help others.

Fortini is survived by his fiancée, his parents, a brother and a sister. His family is mourning the tragic loss of his young life of 42, so willing to give his everything to those around him. He died of a cancer that was brought on by the search and rescue work he did during the recovery efforts surrounding the attacks on September 11, 2001.

When the public needs help, it is the first responders who answer the call. First responders can come from a variety of fields of work, specialties, and backgrounds; some are police, firefighters, doctors and nurses. Some first responders are community members who volunteer their time to get training and take courses to be prepared to take care of their neighbors should anything ever happen. No matter their background, or how they came to be a first responder, being first to answer calls for help in many situations can be dangerous.

The number of hazards that a first responder can come across when they are called into action is extensive. Coming to the rescue can put their lives on the line as they save their neighbors, friends, family and community from dangers. It is important for first responders to participate in extensive training to gain advanced knowledge and training with equipment needed for the variety of conditions they may face. Safety management and protocols are important to reduce the health and possible life altering hazards that may be faced. Safety management is there to minimize loss to lives.

Responders can face serious long-term health effects from events such as large structural collapses. September 11 is one such example. There is evidence of respiratory effects, biological and chemical hazards. First responders also place themselves at physical risk. They can be seriously attacked by criminal suspects, mentally ill individuals, people who are panicked during life-threatening emergencies. Responders risk being exposed to blood-born diseases, such as HIV, hepatitis, and other illnesses, as they are the ones to respond to health-related epidemics.

With so much to risk in every direction, what would make someone volunteer to become a first responder in the first place? They must have hearts too large to keep to themselves, so they share their love with the community around them. They protect all life and treat others with fairness and dignity. To be a first responder, is to be an American hero.

September 11, 2001, was such a shock to the world as well as Americans. We were not prepared. As frightened citizens fled the area and the twin towers, hundreds of first responders ran in, towards the danger. Many of them stayed, for weeks; all in an effort to help bring the city back to a place of calm, a sense of normalcy.

What these responders were not prepared for was the long-term health hazards they faced from the air they breathed while being in the area of the attack. The air was so thick that it was like a fog, the dust that filled their lungs was a mix of dust, cement, asbestos, glass fibers, lead, dioxins, carbon monoxide, and unknown chemical elements. No one knew what the long-term health effects of this type of exposure would be on workers.

There were over 343 firefighters and paramedics who died in the fires and the collapse of the buildings, while rushing into danger to rescue others. According to Dr. David Prezant, who is the chief medical officer for the New York Fire Department, more than 150 first responders have died from a variety of risk-related health issues since.

The US Government had to be pushed to take care of its citizens. They did not want to take responsibility for the effects of 9/11 had on the health of first responders. Many responders, suffering from various stages of illness, testified before congress in 2019, to create a permanent action to provide funding for their health care. The act that made the world stop and stare, run in horror, caused thousands of heroes to jump into action. These men and women ran towards the fire, smoke, burning debris and falling buildings. It took an act of congress and the senate to pass a bill to permanently fund the 9/11 Victim Compensation Fund to cover the costs of injured and sick responders until 2092. The responders were there for our country, it should not have taken this much imploring for decency to happen for them in return. Taking care of those who take care of us should have been a certain, decent and immediate response.

For Investigator Ryan D. Fortini, and many other first responders of 9/11 and their families, it has been goodbye far too soon. Fortini was 42 years of age. His worsening condition cost him the last of his days, his enjoyment in life and the work that he loved. He was forced to retire early after only 16 years on the force, at the age of 38. His family, the people he gave his life for, he fellow officers and first responders will mourn his loss and celebrate the hero he was in life.