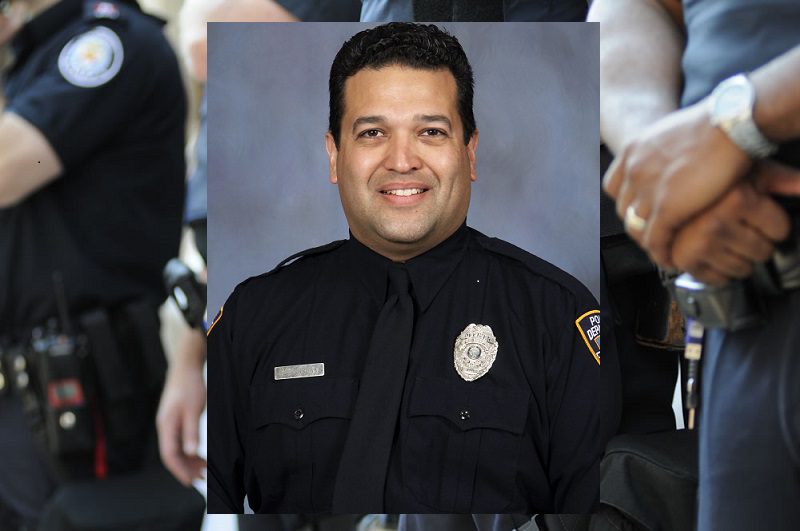 On September 7, 2020, authorities in Lincoln, Nebraska, announced the loss of one of their police officers. Investigator Luis “Mario” Herrera, age 50, succumbed to his wounds from gun violence he had received on August 26, 2020.

Investigator Herrera and other members of the Lincoln Metro Area Taskforce met to serve a warrant on a home in Lincoln, Nebraska. As officers approached the house in the area of N. 33rd Street and Vine Street, two subjects began to flee from the scene. The officers were there to serve a warrant to a juvenile homicide suspect. The suspect also attempted to run from the location.

In the process of fleeing the scene, the juvenile offender turned and opened fire on the officers. Investigator Herrera was struck in the chest. He was immediately transported to the Bryan West Campus hospital, then later transferred to the Nebraska Medical Center in Omaha for more extensive treatment. After two weeks of fighting for his life, Officer Herrera succumbed to his wounds on September 7th.

The juvenile subject who fired the weapon, killing the officer, was taken into custody and is facing numerous charges.

Herrera was a part of the gang unit in the Lincoln Police Department. The 17-year-old juvenile was suspected for his alleged role in the stabbing death of Edward Varejcka. The suspect was facing second-degree assault charges for his participation in the murder of Varejcka. On August 26th, the department received word that the juvenile was at the home where the warrant was served.

As officers began to surround the home, the juvenile, along with another 19-year-old suspect, smashed the house’s windows and opened fire on police. Investigator Herrera was hit and was not wearing his vest for protection. He underwent several surgeries before succumbing to his injuries. Investigator Herrera’s primary role at the scene was to provide any interpretation needed between any Spanish speakers and the officers.

Both suspects have been charged with escape using a deadly weapon. The juvenile offender, on whom the warrant was served, was also charged with stolen firearm possession. Additional charges are pending for both offenders.

The Lancaster Sheriff’s Department is currently investigating the murder of the veteran officer.

Investigator Herrera served his community and gave his life to protect others by working as a police officer for over 23 years. Before joining the Lincoln Police Department, Herrera worked for several years with the Nebraska State Patrol.

The Lincoln Police Department has a long history in the American timeline. The department was officially formed in July of 1870. The citizens of Lincoln and the city board came together and voted that it was time for an official law and order department. “They were concerned with the waning morality among citizens of the community and felt there was an influx of naturally immoral and lawless elements coming from other cities.”

Family and Community Come Together

Investigator Louis “Mario” Herrera is survived by his wife, Carrie, and four children, Carlos, Olivia, Celia, and Adelina. The community has come together in support of the Herrera family and is sharing in their grief.

The Lincoln Police Department posted the loss on social media, showing their grief for losing a fellow officer and friend. “The Lincoln Police Department is devastated by the loss of one of our most outstanding police officers. Mario was an exceptional investigator, a selfless teammate, and a tireless public servant. Empathetic, kind, and utterly committed to serving victims and protecting his community, Mario was an exemplary human being who just happened to be a Lincoln police officer.”

Another post by the department read: “It is with a very heavy heart that I have to pass on devastating news to all of you. At approximately 3:30 this morning, Mario died from complications related to his shooting. Carrie and his four amazing children were able to be with him. Investigator Herrera paid the ultimate sacrifice to keep us all safe.”

Nebraska Governor Pete Ricketts shared in the condolences in a brief statement. “Investigator Herrera’s service and sacrifice will never be forgotten. I also want to thank people across the state who stepped up to support the Herrera family amid this terrible tragedy. From holding prayer vigils to donating blood, the community’s response was powerful and inspiring. Now more than ever, it is critical for all of us to come together and support the men and women who put on the uniform and risk their lives every day to help keep our communities safe.”

The Nebraska State Patrol tweeted this message, sharing in the grief for the loss of a fellow officer and friend. “It was an honor for our troopers to lead the way for today’s escort of @Lincoln_Police Inv. Herrera from Omaha to Lincoln. Before his 23-year dedicated career with LPD, Mario was part of the NSP team. One of his NSP campmates from 1995 led the escort today. #Salute1205 #LPD”