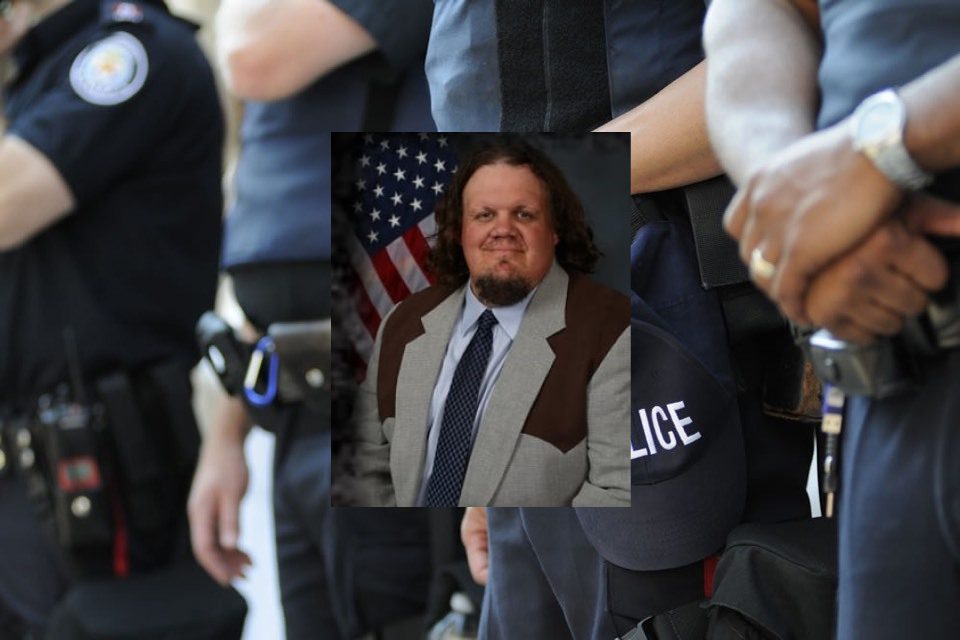 On Wednesday, September 8, 2021, officials with the Grayson County, Texas, Sheriff’s Office were devastated to inform residents about the loss of one of their long-time officers. Investigator Dusty Wainscott, age 38, collapsed and died due to a medical issue. The 16-year veteran of the department was wearer of badge number 29.

It was about 7:00 pm when Investigator Wainscott and another deputy pulled over a vehicle for a traffic stop. The stop occurred near Park Place and McGee Street in Sherman, Texas. Suddenly two suspects jumped out and fled from the vehicle. They were eventually caught and they resisted arrest which resulted in a physical altercation.

After the arrest, Wainscott collapsed and died. He suffered a heart attack. This is more common than one would expect, but choosing a career in police work has its impact on health. Some cases similar to this are caused by the increased adrenaline rush that can be prolonged during a chase or arrest. Officers know their job has inherent health risks and are encouraged to eat healthy and get plenty of exercise.

Wainscott wore badge number 29 for the Grayson County Sheriff’s Office for sixteen years. However, he also had law enforcement experience for a number of years with the Van Alstyne Police Department and the Pottsboro Police Department. (ODMP, 2021)

Investigator Wainscott spent his final years with the Grayson County Sheriff’s Office. He worked tirelessly to make the community a better place for everyone. Grayson County was officially formed in 1846 and was sectioned off from Fannin County. As the Dallas-Fort Worth Metropolitan Area expands northward the population in Grayson County has begun to grow rapidly.

The Sheriff’s Office is a collector of fines and taxes, an enforcer of applicable laws, a protector to residents, and a helping hand for those in need in the community. Deputies provide court services and security. The Grayson County Sheriff’s Office manages the county dispatch center as well as the county jail.

Investigator Dusty Wainscott leaves behind his wife and parents.

The Grayson County Sheriff’s Office shared the details of the loss with residents and shared their condolences to all. “During his service to the citizens of Grayson County, he served as a patrol deputy, field training officer, hostage negotiator, criminal investigator and intelligence investigator. “He served this county with integrity and pride. His passing will leave a tremendous void in our agency and our country.”

Grayson County Sheriff Tom Watt held back his emotions while speaking about the loss of a close friend and colleague. “He (Wainscott) served this county with integrity and pride. His passing will leave a tremendous void in our agency and in our county. Dusty was one of the good ones. He had work ethic like you can’t imagine. Those that knew him intimately knew a sense of humor that was sometimes a little different than everybody else’s. He could make you laugh on a dime.”

Investigations Lt. Kevin Cheairs, Wainscott’s immediate supervisor, spoke highly of his ability to do his job and how much he had given to the department. “Dusty was kinda like the glue up there (in the investigators’ office) cause of who he was that held everybody together. He was that kind of guy who if you were having a bad day and he came walking into the office, he had that presence that could just help you turn it around.”

Grayson County Information Technology Director Rob Crow had been a close friend of Wainscott for nearly 24 years. “I met him as a rookie at Van Alstyne. He works in my building. I see him every day -he comes in my office, hangs out, eats my candy out of my candy jar. Wainscott was the kind of guy who would literally give someone the shirt off his back.”

Investigator Adam Bradshaw added his thoughts of Wainscott. He was a long-time friend and colleague, and asked that residents keep the family and department in their thoughts. “Dusty Wainscott was the definition of a great friend.”