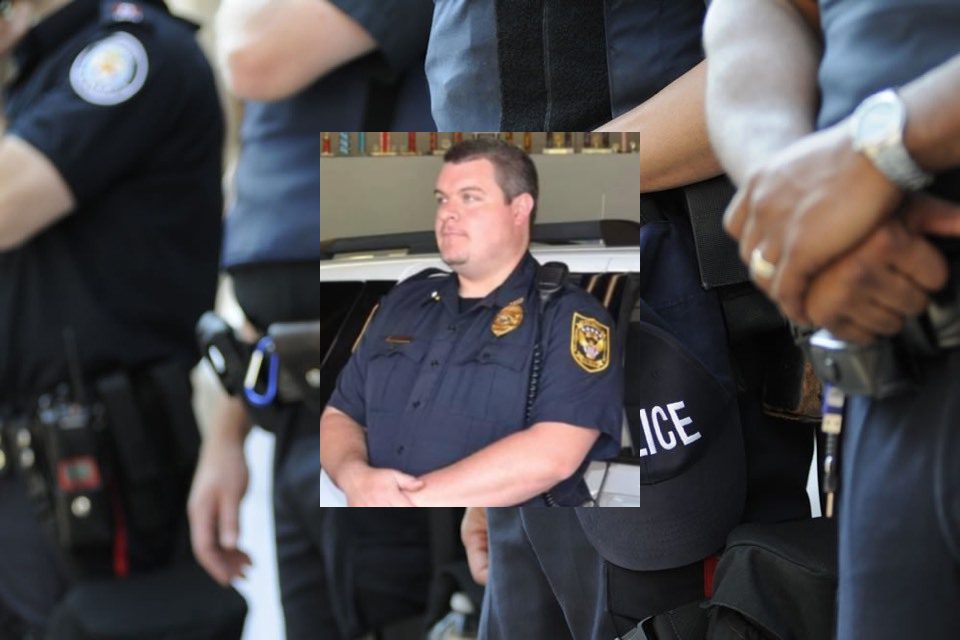 Officer Andrew Sillman was working with other deputies to serve a warrant on a fugitive. The wanted suspect was located in a home on William Smith Road. Deputies parked out of sight from the house and proceeded to walk through rugged terrain to get to the home undetected. While walking towards the home, Officer Sillman collapsed. The deputies that were with Officer Sillman attempted CPR and life-saving measures but were unable to save Sillman.

Officer Sillman had just begun what he had hoped would be a long career in civil service. Sillman had been a sworn deputy with the Marion County Sheriff’s Office for over four years. He was also serving as the Active Chief of Police for the Grant Town Police Department.

Officer Sillman had served with the Marion County Sheriff’s Office for four years and was also the active serving police chief of the Grant Town Police Department. He is survived by his wife, who also serves as a law enforcement officer.

Sillman served with the Marion County Sheriff’s Office in Fairmont, West Virginia. The agency has 28 sworn deputies along with the additional staff. The MCSO provides law enforcement, road patrols, and court security for the local community. Additionally, the MCSO operates and maintains the Marion County Jail. The duties that fall on the sheriff’s departments can also include collecting local taxes.

MCSO has two detectives on staff. The agency operates road patrols in three eight-hour shifts. In addition, four deputies have been designated as Court Bailiffs. The MSCO works to provide the safety and security of the community so that residents can live happy, productive lives and raise families in a secure environment.

Home Confinement Officer Andrew Sillman leaves behind his wife, who also serves as an active law enforcement officer. Fellow family members in blue will help her through her difficult times. In addition, officer Sillman’s wife will be able to take comfort in the heartfelt demonstrations of honor and gratitude from the community and fellow officers as he is laid to rest.

Gage Miller, Grant Town Fire Chief and close friend of Officer Sillman, spoke of the difficult loss. However, since Sillman had often spoken of wanting to drive the fire truck and be a part of the Grant Town Fire Department, Miller granted Sillman an honorary position at the department. “It is my great honor to inform you, by unanimous decision… that Michael Sillman has been made an honorary member of the department. He will forever remain on our roster and in our hearts.”

Marion County Sheriff’s Office Administrative Assistant spoke of how she loved to work with Officer Sillman, who had a great sense of humor. “Mike would come in sometimes, and we would talk about his frustrations. He would tell me his EMS stories when he worked at Gabe’s in loss prevention. It showed me his character; it showed me, Michael.”

Gage Miller, Assistant Chief of Grant Town Emergency Services, spoke of the loss of a dear friend, sharing what it was like to work with Officer Sillman. “He was very dedicated to his job. He loved the town. He loved everyone in it and tried to help everyone out the best that he could. He never had an enemy. He never treated anyone badly. He always treated everyone with respect no matter who you were or what the situation was.”