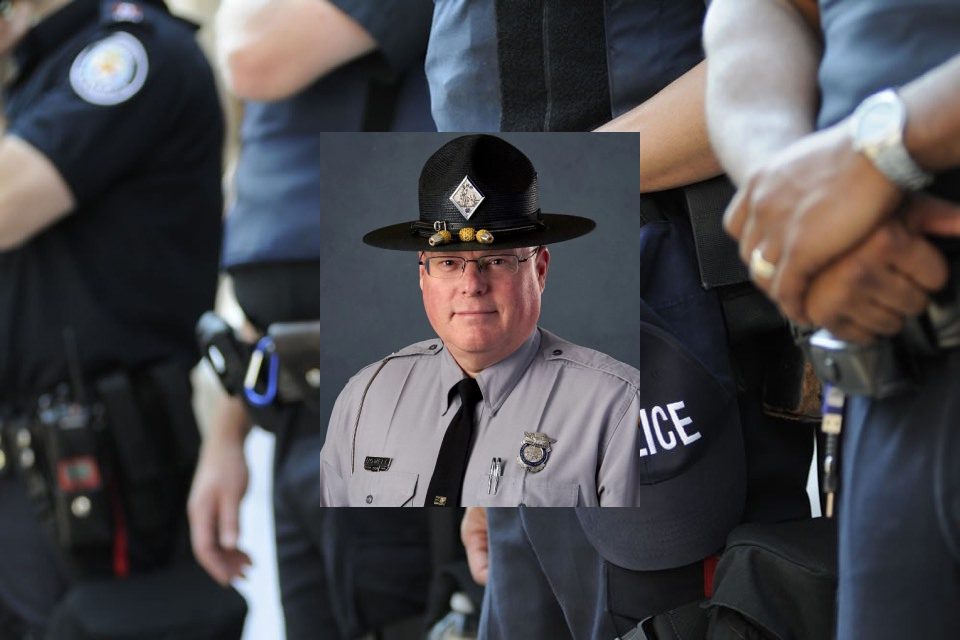 On Thursday, January 7, 2021, the North Carolina Highway Patrol was sad to announce that its agency had lost one of its own. In 2020, the US had lost hundreds of officers to the illness, and the agency was devastated by the loss, and that more officers were continuing to fall as the year began.

First Sergeant Lee Howell, badge A911, died due to complications of contracting COVID19 while on duty. Officers like Howell have made the heroic choice to continue serving and protecting despite the risk to their lives and their families. Community is placed over self-concerns, the mark of a faithful servant’s heart.

While many have been panicked over the virus, we learned early on that the virus could impact certain occupations more. Law enforcement officers have worked diligently to keep our communities safe despite the risk. However, policing often requires contact with many people and, at times, does not allow for social distancing.

Sergeant Howell had served as a Trooper with the North Carolina Highway Patrol. He was most recently assigned to work for Troop A at District 9.

North Carolina has no state police force because of early political disagreements. However, things began to change as by 1921. There were over 150,558 registered vehicles in North Carolina and more vehicles from neighboring states driving on North Carolina highways every day. By 1929, the number of registered vehicles in the state was 503,590. The death toll on the state highways that year from traffic accidents was 690 citizens. At that time, traffic control became such a concern that the State General Assembly authorized the establishment of the State Highway Commission, which initially began with ten men, one captain, and nine lieutenants.

Today, the NCHP has 1,600 state troopers who wrote 330K speeding citations in 2019. They cover 48,711 square miles, and in 2019 they investigated 968 highway fatalities. Also, during 2019, state troopers stopped and arrested 17,685 impaired drivers for being intoxicated while driving on North Carolina roads and highways.

First Sergeant Timothy Lee Howell leaves behind his daughters, mother, and brother. Community efforts were made by residents who lined the streets to respect the fallen officer’s family. In addition, many law enforcement vehicles participated in escorting Officer Howell home from the hospital.

Chapel Hill Colonel Glenn M. McNeill “It is with great sadness that I inform you of the passing of First Sergeant Timothy “Lee” Howell (A911) after a courageous, lengthy battle with COVID-19. FSG Howell was called to his eternal home today at 2:39 p.m. from UNC Medical Center in Chapel Hill and supported his loving family. Please keep the entire Howell family and his Troop A, District 9 family in your continued thoughts and prayers.”

Aunt Debra Bautista left her goodbyes posted online. “Our deepest condolences for the loss of a great friend and good man. We’ll miss him dearly but know he’s in a much better place, surrounded by cherished loved ones. Always in our hearts and fond memories.”