In Memory of Director of Field Operations Beverly Good 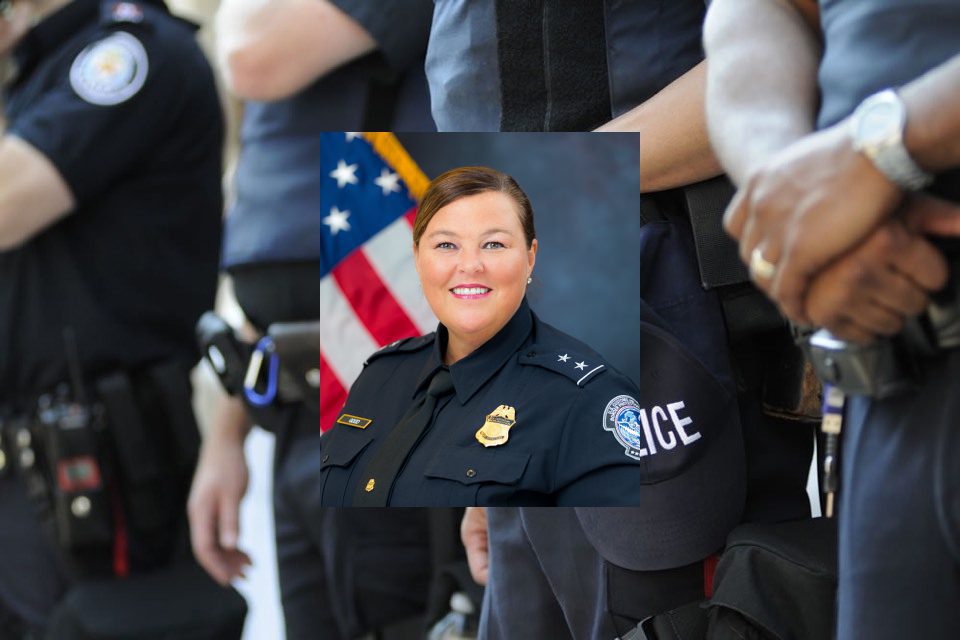 Maryland and Federal officials briefed the public that they had suffered a tragic loss when one of their veteran officers was lost to the coronavirus. On Thursday, January 28, 2021, Director of Field Operations Beverly Good, age 52, died from complications of COVID19. She was a veteran officer with customs and border protection. With more than 30 years on the job experience, she had earned the rank of Director of Field Operations in the Baltimore, Maryland office.

Director Good worked diligently and continued her education to reach the level of Senior Executive Service. During her thirty-year career, she was able to work in a variety of support roles with CBP. A legacy of her career, Good initiated the Perseverance, Research, Intelligence, Mandatory Enforcement Targeting, and Analysis Unit, also known as PRIME. For this project, she collaborated with numerous law enforcement partners to enhance and strengthen the CBP’s capabilities. She also helped integrate IDENT into border patrol access with the Federal Bureau of Investigation’s fingerprint system. This allowed CBP Officers to check biometric data for identification purposes.

Director Good started her law enforcement career in 1991. She worked hard to continue her education in the process. She is a graduate of West Georgia College with a BA in Mass Communications. She then graduated from the Naval Postgraduate School, earning a Master’s in Homeland Security and Defense Studies.

The United States Department of Homeland Security is the federal executive cabinet department that provides public security for the United States. The agency’s mission statements include anti-terrorism, border security, immigration and customs, cybersecurity, and disaster prevention and management. The cabinet department was formed in 2003 as a response to the 9/11 terrorist attacks.

DHS is the third-largest Cabinet department in the federal government and operates several agencies under its department. DHS has nearly 250,000 employees across several agencies and is one of the largest federal employers in the US. The Customs and Border Protection Agency falls under the supervision of DHS. Following that line of command, the Office of Field Operations is the department agency that Beverly Good was appointed to the Director’s position. Under her guidance and management, Good has worked to protect others in her agency from the virus by incorporating safety measures as called for by the Center for Disease Control (CDC).

The US Customs and Border Protection Agency is a member of DHS. CBP is the largest federal law enforcement agency in the United States. It has a workforce of more than 46,000 sworn officers who work to provide security to the US’s borders. These agents work to protect the borders and examine passengers and cargo; they also prevent people, weapons, narcotics, and other illegal or dangerous items from entering the United States. These officers work to patrol the borders and engage incoming travelers and items at 328 ports of entry.

Beverly Good was appointed as Director at the Office of Field Operations. Many Customs and Border Protection Agents worked under her leadership and command.

As Director, Beverly Good overseen operations at 20 Field Operations offices, 328 ports of entry, and 16 pre-clearance stations in Canada, Ireland, The UAE, and the Caribbean. The CBP Assistant commissioner would have overseen Good’s work.

The OFO has more than 27,000 employees, including sworn CBP Agents and Agricultural Specialists. The OFO is the largest division of Customs and Border Protection.

COVID19 has taken many Americans’ lives; families across the world are facing empty chairs at the dinner table. Director Good had a family. She leaves behind her husband, two daughters, three grandchildren, mother, father, and siblings. They will depend on residents, neighbors, and others to process their grief and find a road ahead. Coworkers came forward to honor the sacrifice made by Director Good, many of whom she influenced throughout their careers.

US Customs and Border Patrol posted their sorrow and condolences on their social media. “With heavy hearts, CBP mourns the loss of Director of Field Operations Beverly Good. DFO Good served her country honorably for over 29 years. We extend our deepest condolences to her family, friends, and colleagues. We will forever honor her service and sacrifice. She will never be forgotten.”