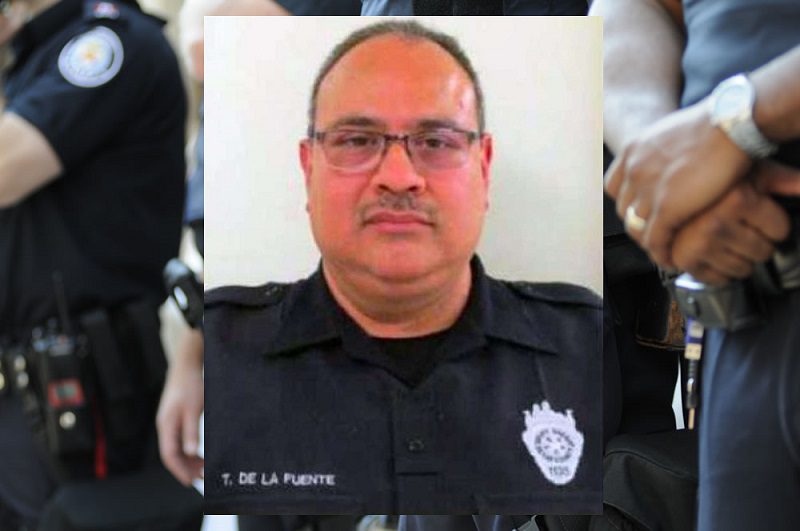 The Bexar County Sheriff’s Office (BCSO) announced the loss of one of their officers due to complications from coronavirus. On Thursday, April 30, 2020, Detention Deputy Timothy De La Fuente died from exposure to COVID-19.

The Sheriff’s Department was giving routine tests for coronavirus to deputies to determine exposure. He was given the test two days before his passing. He had no symptoms at the time of the testing. On the morning he passed away, his wife was taking him in to see the doctor.

He did not receive the results of this coronavirus test until after his death.

Sheriff Javier Salazar stated in a briefing on how fast the illness had overtaken De La Fuente. “Right before leaving the residence, he excused himself to go to the restroom, and then later his wife found him collapsed and deceased.”

The county was created on December 20, 1836, and was named Bexar after San Antonio de Bexar, which was one of the 23 Mexican municipalities of Texas. Illustriously, the area was initially called Villa De San Fernando De Bexar, which was the first government created by Spain in Texas during the 1700s.

Detention Deputy Timothy De La Fuente had been assigned to the Bexar County Adult Detention Center Annex. The annex portion of the general complex is a 1,733-bed facility. It breaks down to 1656 dormitory-style beds, 51 single cell lockdowns, and 26 infirmary beds.

The facility is more than a jail. It offers opportunities to those who find themselves in a bad situation, locked up. The Annex provides vocational opportunities and training courses, life skills classes for self-improvement, psychological and cognitive behavioral assistance, and trauma support. The work done in the facility is towards helping the incarcerated person not re-offend and allow incarceration to become a way of life.

The Bureau of Prisons is one of the largest law enforcement agencies in the United States. They employ approximately 36,000 people. These individuals work to maintain prisons that house more than 175,000 federal inmates. This is the number of inmates that are currently serving time in the U.S. Bureau of Prison facilities and private facilities combined.

The COVID-19 pandemic has infected nearly every detention facility. The population and crowding of prisoners, along with lack of sanitation measures, allows for the disease to spread widely throughout the prisons and jails. Coronavirus also impacts the guards, deputies, and their families, the neighborhoods surrounding the facility. Those who work at these detention facilities bring the virus home to their families, who, in turn, can spread it throughout the community.

The Bexar County Adult Detention Centers have been struggling with trying to control the virus within the inmate population. On May 3, 2020, results were reported that 56 detention officers have tested positive. Inside, 237 inmates have also tested positive. The sheriff has continued mass testing of deputies and inmates under an initiative to try to contain the virus. In the past month, the BCSO has provided masks and gloves to detention deputies. They have also given face masks to inmates at the county jail in hopes of helping prevent further spread of the coronavirus.

A procession of law enforcement officers escorted Deputy De La Fuente from the medical examiner’s office to the funeral home. He is survived by his wife, siblings, friends, and coworkers. According to Melinda De La Fuente, his sister, Deputy De La Fuente, loved his job with the department where he worked for 27 years. “He enjoyed working with the Bexar County Sheriff. He was very happy in the job and had much respect for all his coworkers and his chief.”

A spokeswoman for the Bexar County Sheriff’s Office, Adelina Simpson, stated to the press informing them that the death of De La Fuente was considered a line-of-duty death. The office intends to plan a funeral and bury him with full honors, and recognition of the service he had given to the community. She also made this comment regarding the planning of the event and the current health crisis. “We’re trying to figure out how … to have people to pay their respects while also practicing social distancing. We don’t have those plans finalized yet.”