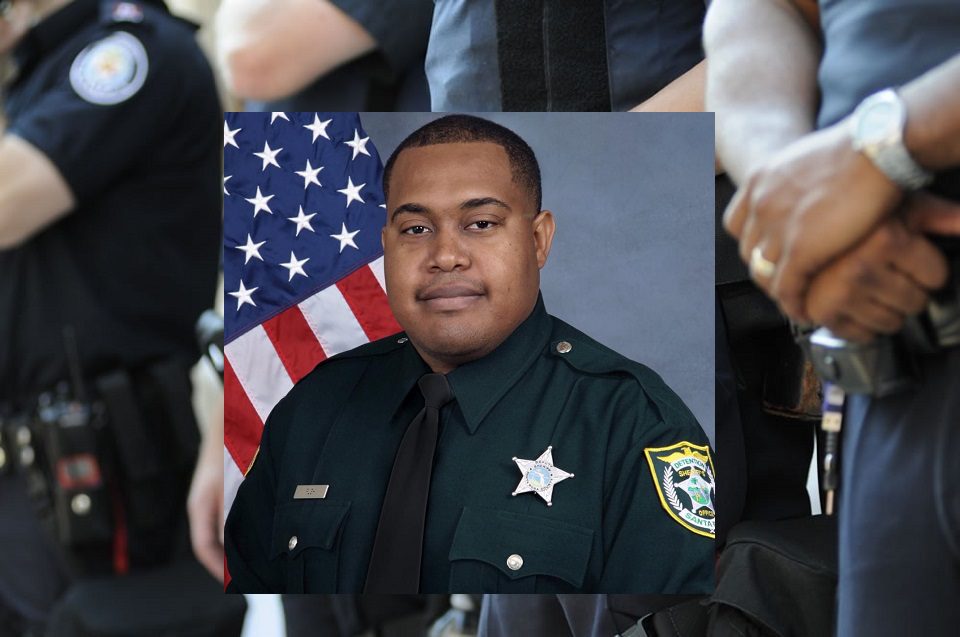 Florida officials announce one of their law enforcement officers’ losses to the coronavirus on August 18, 2020. Detention Deputy Charles Pugh II, age 40, passed away from complications resulting from the virus. He had spent the last six years of his life serving his community with law enforcement. It has been confirmed that he was exposed during an outbreak at the Santa Rosa County Jail.

Santa Rosa Sheriff’s Office Spokesman briefed the public about the loss. “It is with deep regret that we announce the passing of Santa Rosa County Deputy Sheriff Charles Pugh II.”

Deputy Pugh participated in many community activities and was an active member of the Sheriff’s Honor Guard.

The SRSO has had a long history with Florida’s state with its first sheriff, William Washington Harrison, who served from 1845 to 1849. The department serves and patrols an area that is approximately 1,174 square miles. The current population of the county is nearing 162,000 residents. They offer a full-service civilian police agency with many departments and divisions, including court security, crime analysis, Honor Guard, Major Crimes, and Marine Diving.

Sheriff Bob Johnson has added an additional way to communicate and interact with residents of Santa Rosa County. The sheriff’s department has its own television show. The show is hosted by Sheriff Johnson and Sgt. Richard Aloy on Blab TV. The name of the show is called “Inside SRSO.”

His wife and two children survive detention Deputy Charles Pugh II. It is yet another example of a family destroyed by the COVID pandemic as it ravages across the globe. Pugh’s friends, neighbors, extended family, and co-workers will join the family to support and celebrate the life he lived.

The Navarre Newspaper had this to post about the loss of Deputy Pugh. “It is with deep regret that SRSO announces the passing of Santa Rosa County Deputy Sheriff Charles Pugh II. Deputy Pugh was employed with our Agency for five years. He served distinctively as a Sheriff’s Deputy within our Detention Division and as an active member of the Sheriff’s Honor Guard. Arrangements for services will be forthcoming. SRSO asks that you please keep Deputy Pugh, his family, and friends in your prayers.”

The ATF posted their condolences on Twitter to Pugh’s family. “Our thoughts are with the Santa Rosa County Sheriff’s Office, Fla., and the family and friends of Detention Deputy Charles Pugh, II, who passed away as the result of contracting COVID-19 while on duty. #LODD #EOW”

Santa Rosa County Sheriff Bob Johnson was saddened and briefly commented on the loss of Pugh. “Just say prayers for the family and our agency. We’re going to miss him. He’s a great guy.”