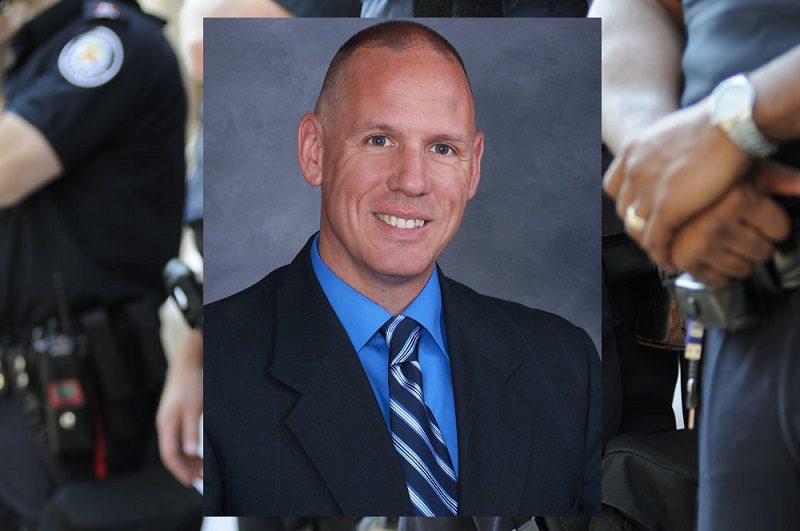 On Thursday, April 30, 2020, the Troy Police Department lost a highly decorated officer to COVID-19. Detective Sergeant Randall “Randy” C. French, age 39, had spent most of his adult life serving with the Troy Police Department. For 17 years, he worked to serve and protect his neighbors, community, and more from crime, violence, and in the end, from an invisible threat.

He is survived by his young family, his wife and two daughters. The Sgt. reported to the Albany Medical Center in April after he was in an ATV crash. He thought he had broken his ribs—instead, Sgt. French was tested and found to be positive for the novel Coronavirus. He was admitted to the hospital, and eventually required the assistance of a ventilator. He fought for nearly a month to survive. His wife stayed by his side, often posting Facebook updates on his condition.

In desperation to save her husband, Sergeant French’s wife, Danielle French, wrote on her Facebook page that she needed help. “We need help,” his wife, Danielle, wrote in a Facebook post on April 12. “My husband is currently fighting for his life, on a ventilator, in the ICU. He has Covid-19. We are scared and praying and trying our best to stay positive. We need anyone who has been diagnosed with the Coronavirus and has since recovered to please consider donating your plasma. This new treatment could save his life.”

The Troy Police Department also posted a request for donors. A donor match was found, and Sgt. French did receive the treatment. His wife remained hopeful throughout the process. “We won’t know if it’s affected for a few days, but we are very hopeful. He is still very sick, but he has been making steps in the right direction, and the doctors are optimistic.”

Service, trust, and professionalism are the mottos of the Troy, NY, Police Department. Sgt. Randall C. French served with this department for 17 years. He also served as EMT with the North Greenbush Ambulance since 2013. As a SWAT team member, these additional skills advanced him to become the tactical medic for the Troy Police Emergency Response Team.

As a police officer, Sgt. Randy French also was awarded the Troy PBA’s Owen G. Connally Award. He was also the Sergeant in charge of the narcotics unit. French was an effective leader in the department and was instrumental in founding the Troy Police Cadet Post 4102. He worked hard to put the Troy Police Benevolent Association in a positive light in the community. He was cool under pressure; his teammates thought highly of him and enjoyed the time they had to work with him.

First responders from the surrounding areas came together to show support and to honor Detective Sergeant Randall C. French along with his family. A vehicle procession took place from the Albany Medical Center to Perry Komdat Funeral Chapel in Averill Park.

Sgt. French is survived by his wife and two daughters, as well as other extended family members. He and his family resided in Rensselaer County in the town of Nassau. As a member of the law enforcement, fire, and EMT community, French was considered a valued servant to the city and his neighbors. Many expressed sadness for his loss.

Nassau Town Supervisor David Fleming gave a brief statement regarding the loss of a local first responder. “As a community, Nassau mourns the passing of Officer Randy French. As a son, husband, and father, he has made everlasting positive impacts on those around him. From volunteering at his children’s school to a warm smile when he greeted a neighbor, many in Nassau have shared their memories since Randy’s illness. We send our sincerest sympathy for Randy’s young family and our heartfelt commitment to help them the best we can in the days ahead.”

Rensselaer County Executive Steve McLaughlin added his thoughts on the passing of Sgt. French and its impact felt on the community. “We recognize and thank Det. Sgt. French for his outstanding and valuable service in law enforcement in our county, along with his work as a paramedic. Det. Sgt. French’s passing is a reminder of the costs of COVID-19 and the damage and loss caused by this disease to so many of our families across our great country. To all those affected by COVID-19, you have our compassion and our commitment to continue the fight to protect the health and safety of all those in our county.”

The impact the virus has had on first responders will not be forgotten. To honor their commitment, the Troy City Council is imploring all residents to remain vigilant and continue to do all they can to fight the spread of the virus.