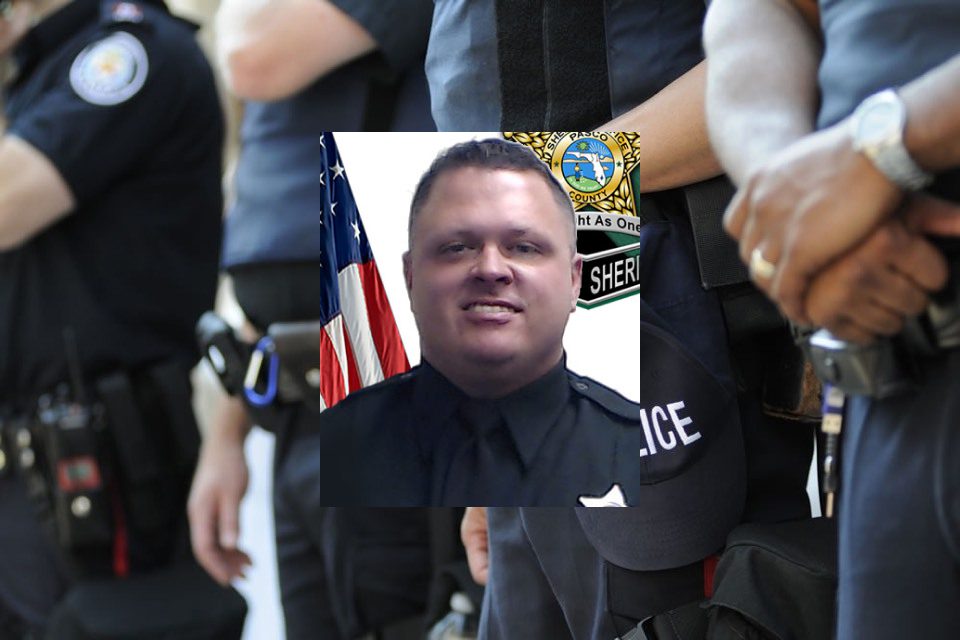 On Monday, August 16, 2021, Florida officials announced the loss of yet another Florida law enforcement officer who has died due to the COVID19 pandemic. COVID19 is the number one killer of law enforcement officers in the line of duty. Detective Raymond Orinn Williamson, badge number 2855, died due to complications of the virus. Detective “Ray” Williamson was 36 years old.

Florida has lost many officers due to the virus. More than 35 officers have died in Florida between August 1, 2021, and October 28, 2021. This is a tragic loss to the state. However, getting vaccinated would have significantly reduced this number and would not have left many more children without a parent or primary caregiver.

Detective Ray Williamson served his community as a sworn officer with the Pasco County Sheriff’s Office for more than fourteen years. Unfortunately, Williamson is the sixth officer in the department’s history to be killed in the line of duty.

Williamson was a leader at the Pasco County Sheriff’s Office. The PCSO has a motto: “We fight as one.” The department is relatively large to ensure services to nearly 554,000 residents. The jurisdiction of the department is also expansive; it includes 868 square miles. Uniquely the agency has an extensive marine patrol division; the PCSO also covers more than 122 square miles of waterfront.

The agency manages its enormous responsibility with a staff of 840-plus sworn officers. While most sheriff’s offices are headquartered in the county seat, this is one agency that does not. Dade City is the county seat; however, New Port Richey is the most populated. Therefore, the department’s main office is located in New Port Richey. Pasco County is included in the Tampa-St. Petersburg Metropolitan Area.

Detective Raymond Orinn Williamson leaves behind his wife and child. Unfortunately, his child will join more than 150,000 American children who have lost a parent or primary caregiver to the virus. Many agencies and honor guards will work with the Williamson family to ensure that Detective Williamson receives great honor and gratitude during his service.

James and Katrina Stitt shared their empathy for the Williamson family. They had known what a great deputy Williamson had been as he was a friend of their nephew. “We were saddened and heartbroken to hear of your loss. Our nephew, Justin Caleb, was always sharing with us his stories and hunting adventures with Jerilyn’s family. Justin is very proud to call Ray his friend and that he was able to spend time with him. Please know that we are praying for comfort and healing for you all.”

The IACP or the International Association of Chiefs of Police shared the sad news of the loss of Detective Williamson on their Twitter page. “Our thoughts are with the colleagues, friends, and family of @PascoSheriff Detective Raymond Orinn Williamson, Pasco County Sheriff’s Office, Florida.”