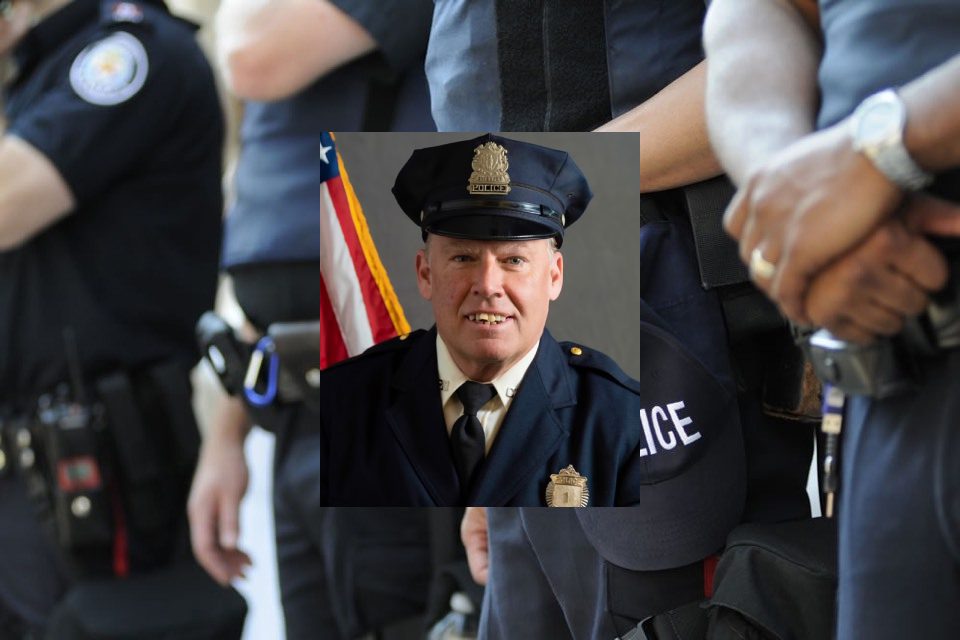 Massachusetts authorities were stunned and saddened to announce to residents that a veteran officer had died while on duty. On Wednesday, November 10, 2021, Detective Michael J. Dion suffered a heart attack and died. Detective Dion had been the proud wearer of badge number 1 with the Chicopee Police Department in Massachusetts. Dion was 60 years old.

Detective Michael Dion was working traffic assignments out on Fuller Road in Chicopee. During the shift, Dion had moved several large barricades by himself. They had been part of the road closure work he had been doing. Unfortunately, the strain from moving these considerable barriers proved too much, and Detective Dion collapsed.

Dion was transported to the local hospital. Despite attempts from the doctors, Dion could not be fully revived. He stayed on life support at the hospital until arrangements could be made to donate his organs. Organ donation was a program in which Dion truly believed.

Detective Dion was a veteran officer with the Chicopee Police Department, having served with them for over 39 years. He was likely a legend, leader, mentor, and more to everyone nearby. Officers like Dion are the ones that people rely on in both good and bad times.

Detective Dion served for 39 years with the Chicopee Police Department. He had just earned the ability to carry badge number one, a special significance at the department and an honor granted only to the one patrolman who had served the longest.

Chicopee is the second-largest city in Massachusetts, with a population of approximately 55,000 residents. Detective Dion had been serving the department since he signed up to be a Police Explorer in high school. He stepped through the program of becoming a Cadet, and then, in 1983, Mayor Robert Kumor hired Dion as a full-time, sworn Chicopee Police Officer.

Dion began his career in the Uniform Division, working patrol and other areas. In 1998, he was accepted as part of the investigation bureau. Dion was a major part of solving numerous homicides, human trafficking, and other high-profile arrests. As tough as he was on criminals, Dion was a tough competitor on the department’s softball and hockey teams.

Detective Michael J. Dion leaves behind his girlfriend, his parents, and his daughter. The family will mourn the loss, but so will the community. Dion had served as a civil servant his entire life and had an opportunity to touch the lives of everyone in Chicopee. As Dion was escorted home from the hospital to his final resting place, residents came out in both mourning and celebration – wanting to honor the life Dion had lived in their service.