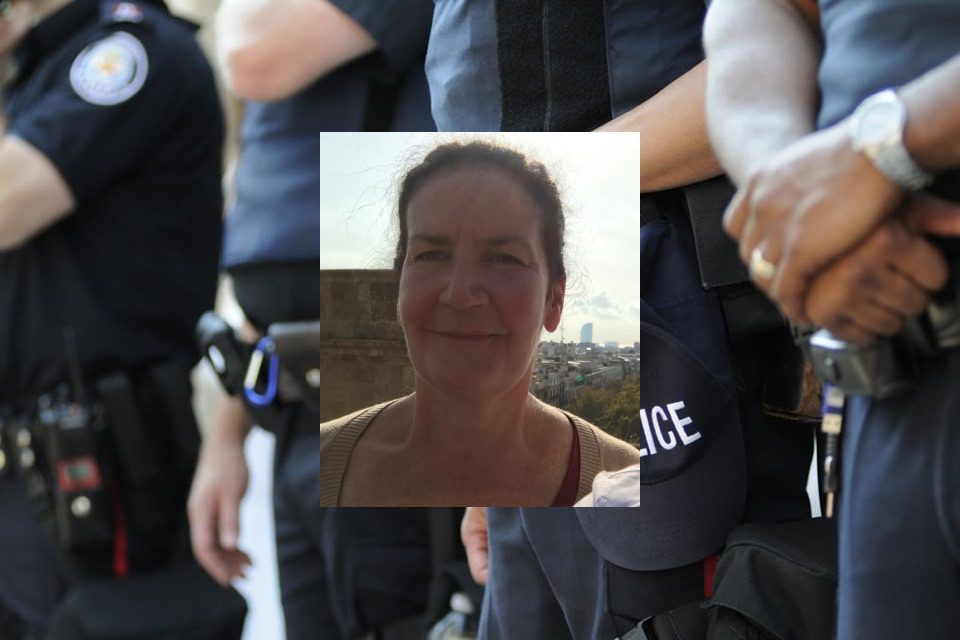 On Thursday, November 28, 2019, The New York Police Department announced that their agency had lost another victim to the 9/11 terrorist attack. Detective Maureen M. O’Flaherty, badge number 846, died due to cancer she developed after working with search and recovery efforts at the World Trade Center. Maureen O’Flaherty was 57 years old.

For over twenty years, Detective O’Flaherty served the community as a sworn officer with the NYPD, New York’s Finest. Despite her illness, she continued to work to give back to those around her every day.

On September 11, 2001, that morning, seventy-two officers from eight agencies were killed during an early terrorist attack. In addition, terrorist hijackers who were part of the al Qaeda terrorist group crashed four highjacked planes. These planes were crashed into the World Trade Center Towers, the Pentagon in Arlington, Virginia, and a field in Shanksville, Pennsylvania.

Due to a quick response from officers like Maureen O’Flaherty, who put their safety before others, 25,000 people were estimated to be saved from certain death. Police officers, along with fire and EMS personnel, rushed into the burning towers to aid victims and bring them to safety.

Contamination in the air at the World Trade Center site caused many rescue personnel to become extremely ill. This led to the discovery of cancers caused by airborne debris and eventually led to the death of several rescue workers. This airborne material is also what led to the loss of Maureen O’Flaherty.

While the death totals that occurred on the day of the attack were shockingly high, the New York City Medical Examiner’s Office found that people were beginning to die of illnesses caused by exposure to the dust from the site. The first victim was a civil rights lawyer who died from a chronic lung condition in 2002, just six months later. Then, in August 2013, medical authorities reported that they had found at least 1140 residents who worked, lived, or studied in Lower Manhattan had been diagnosed with cancer that resulted from exposure to toxins at ground zero. Today, officers and rescue workers are still falling victim to that day.

Detective Maureen M. O’Flaherty was a member of ‘New York’s Finest. She served her career with the New York City Police Department. The department has a long history (1845) dating back to when it was first established as a municipal police department. It wasn’t long after that the city’s Mayor, William Havemeyer, coined the still well-loved phrase “New York City’s Finest.”

The “Finest” men and women of the NYPD have many ways to give back to the community outside of their regular police duties. They are affiliated with both the New York City Police Foundation and the New York City Police Museum. In 1971, the foundation was brought about by officers, civic leaders, and the business community. The idea was to create additional resources to enforce and strengthen the department and improve public safety.

This organization and New York’s Finest set an example for cities all across the United States. One of the most outstanding achievements of working directly with the community through this foundation was the Real-Time Crime Center. This top-notch technologically advanced center gives the NYPD details to identify crime patterns and stop new crimes from occurring.

Friend and coworker Janice Drzal wrote a touching message to Maureen after her passing. “Dear Mo, how can this be true? Such great memories of our time together in the NYPD. You, with your gorgeous raven black hair walking into KWS at 4:30 am, wearing big dangling earrings that would come off when we went into the field and then right back on when we got back into the office. Our talks about growing up in Brooklyn, the dozens of Christmas cookies you made every year, the way we both wiped our nail polish off on our nightgowns as kids when we didn’t like the color. The day you brought your brand new black Nissan to work, and we all ran downstairs to ooh and ahh over it. The many parades we worked together, going to “meal” together. It was an honor to work alongside you, and you are truly gone too soon. Although we had not probably seen or spoken to each other in almost 20 years, it feels like just yesterday we were going through a door together and sharing great times. Deepest condolences to your family and friends from myself and my husband.”