In Memory of Detective Marylou Armer 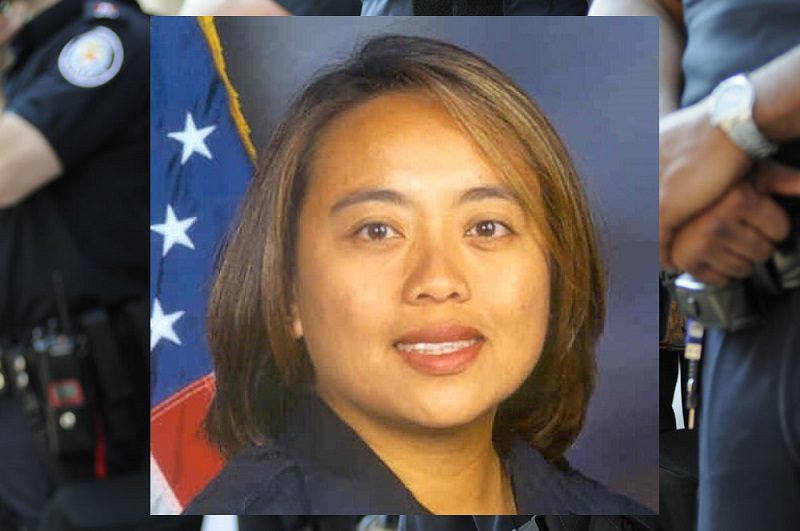 Detective Marylou Armer, age 44, died on March 31, 2020, of complications associated with coronavirus. She was the first police officer in the state of California to die from this disease.

Detective Armer began her career at a young age, following her law enforcement path, starting as a National City Police Explorer Cadet. She excelled in the program and then has served with the Santa Rosa Police department for over 20 years. She worked as a detective in the domestic violence and sexual assault division.

Police Chief Rainer Navarro had this to say in a video on twitter about Detective Marylou Armer. “Marylou was a bright light in this organization. She was a thoughtful and committed public servant who loved helping people and loved the people she worked with.”

National City Mayor Alejandra Sotelo-Solis explained how she met, knew, and even respected Detective Armer when she was still a youth just entering the Police Explorer’s Program. She posted a comment on Facebook regarding Armer. “She was one of a few youth females of color in a leadership role. She was a true role model. Our family will pray for her and her family.”

Police face extreme risks every day as part of their occupation in the name of public safety. COVID19 presents an entirely new type of risk, one that is invisible, and they can also spread this hidden threat to others, including their own families. Still, police officers are expected to report to work, and without appropriate personal protective equipment, they continue to work for the safety and security of their communities. These actions demonstrate that they are the true heroes in this challenging time.

Rural police departments face an even higher risk. Congress passed bills that included different types of financial assistance for many U.S. workers and businesses. However, last-minute changes removed the clauses that would have benefitted these officers. They moved to exclude first responders and medical personnel.

The exclusion and the lack of available PPE are leaving many officers stressed, exhausted, and falling ill, some from this very illness they are trying to fight. It is different for a smaller police department because when one officer is down, there is not always another officer that can take their place in an emergency.

Her husband and her daughter survive detective Armer. Chief Rainer Navarro, explained that he and the department are working with the family to determine the best way to honor the life of Detective Armer. Funeral arrangements are pending, due to the social-distancing and other complications involved with coronavirus.

Detective Marylou Armer touched so many lives. California Governor Gavin Newsom issued a statement concerning the death of Detective Armer. “Jennifer and I are terribly saddened to learn of Detective Armer’s untimely death. Amid the current fight against COVID-19, Detective Armer selflessly and courageously served her community and the people of California. We extend our heartfelt condolences to her family, friends, colleagues, and members of the Santa Rosa community as they mourn her loss.”

Governor Newsom also ordered all Capitol flags to be flown at half-staff to honor Detective Armer.