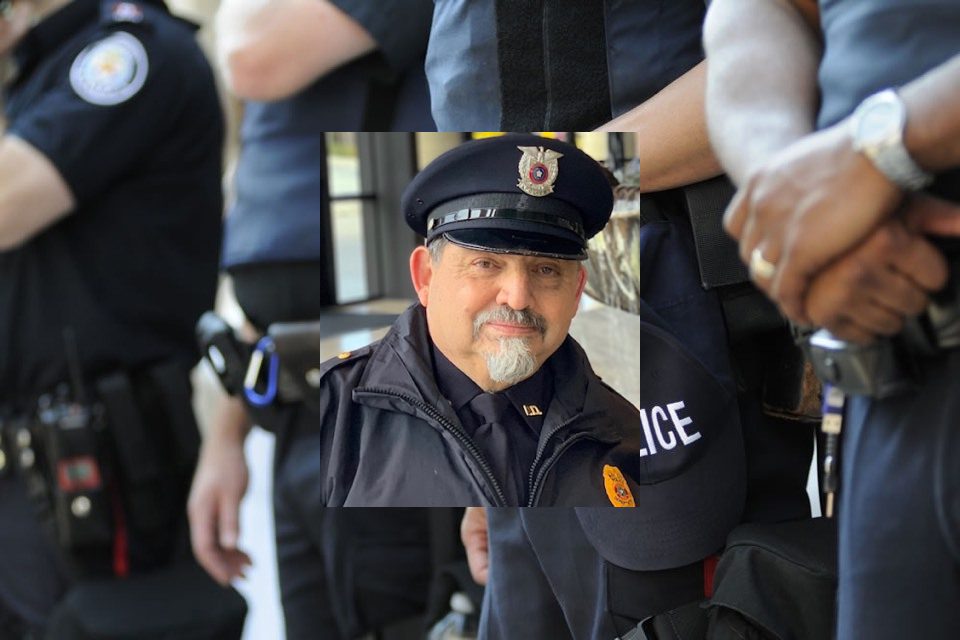 It was COVID19 that brought 43 years of law enforcement service to its end. On Thursday, July 15, 2021, Detective Juan Alfonso “John” Delgado, age 67, passed away due to complications resulting from contracting the coronavirus. It has been determined that Delgado most likely contracted the virus during his duties as a law enforcement provider with the Bay City Police Department. All officers who have died because of COVID19 have been declared line of duty deaths by the federal government. Delgado had a terrible time with COVID, as he was diagnosed almost a year from the day he died. He had spent the last year in multiple hospital facilities fighting to save his life. Finally, a year after his diagnosis, his body could take no more.

Delgado served with the Bay City Police Department for more than the last half of his career as a law enforcement officer. Bay City is located in Matagorda County, Texas, and has about 18,600 residents. The BCPD is a fully accredited law enforcement agency that provides services to the city and its residents. Officers patrol and protect an area that is approximately 9.2 square miles.

The city is located near the junctions of state highways 35 and 60 along Texas’s Gulf Coast. The town was incorporated in 1902 when it had reached a population of 2000 residents. Along with the incorporation of the city came with it the founding of its initial law enforcement. In the early days, a marshal was elected to provide law enforcement services. In 1951, the city population had grown to a point where the city initiated the start of the Bay City Police Department.

Detective Juan Alfonso “John” Delgado leaves behind his wife and three adult children. A proud family of law enforcement, the example that Delgado had lived for his family led all three of his children to follow in his footsteps and become officers.

Danielle Delgado, Detective Delgado’s daughter, spoke of what it was like to serve as an officer with a father with so much experience. “The smile that it brought to his face, the never-giving-up attitude that he gave all of us. There were times we would call him and say, ‘Hey daddy, this is what we got. What do you think we should do?’ He was like a walking penal code, I tell you. We would tell him, ‘Daddy, you’re getting older; you need to slow down.’ And he would say, ‘It’s my job. That’s where I’ve got to go.’ There were holidays that we didn’t celebrate because we were waiting for him to come home. We knew that the time was coming, and he was getting tired. It’s unpredictable; you don’t know what’s going to happen. Just love your family.”

The Bay City Police Department released the following statement. “Please join us in sending our deepest sympathy and prayers to his family as well as the many friends, relatives, and co-workers that shared that special connection with Detective Delgado. We are truly fortunate that we had the opportunity to work with and alongside our friend and brother, Juan. He will truly be missed. Detective Delgado has worked full-time for the Bay City Police Department since November of 1997. Our prayers and condolences are with the Delgado Family RIP Detective Delgado.”