In Memory of Detective Jose Mora 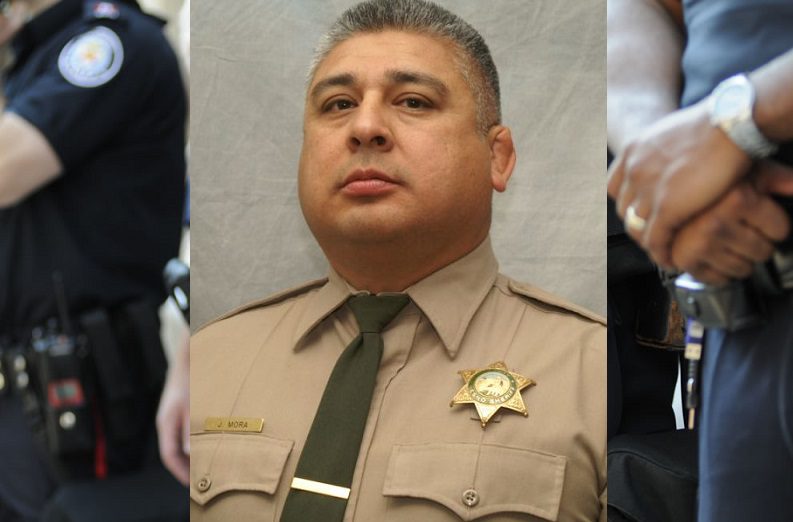 Authorities in Fresno are struck with grief as they announce the loss of a friend and colleague. Detective Jose Mora, age 44, died on September 7, 2020, from complications surrounding COVID19. It has been determined that Detective Mora most likely contracted coronavirus while on the job.

Mora was hospitalized for several weeks after he became ill. He had gone out of state investigating a local murder. The detective left his office nearly four weeks ago to go to Oklahoma to investigate a murder and interrogate a suspect. Both Mora and another officer contracted the virus after transporting the suspect back to Fresno County. The second officer is still recovering from the illness.

Detective Mora spoke fluent Spanish, which helped him in his 20-year career with the Fresno County Sheriff’s Office. This meant that he had a more significant set of responsibilities and a much larger case-load than other detectives. Mora was the lead investigator for many Fresno-area murders. His trusted resolution of cases also meant that he spent a great deal of time in the courtroom testifying in cases on behalf of the prosecutor’s office.

For the first 16 years of Mora’s career, he worked as a patrol officer then as a detective. He also spent some time assigned to serve the local courts and a jail corrections officer.

To honor Mora in his untimely death, the department had a Brahma bull statue. This statue was placed on his desk as a symbol to commemorate his time within the agency and the life he has given to protect the community. The figure is significant as it generally moves from desk to desk within the agency. It sits on the desk of the officer who filed the latest homicide case. It is a reminder to be bull-like in their tenacity to resolve the case.

Mora dedicated his life to law and order, helping protect his community through service with the Fresno County Sheriff’s Office. He spent more than 20 years working for the department and providing a safe place to live and work for residents.

Community and Family at Loss

His wife and four children survive detective Jose Mora. Friends, extended family, and other officers join in their grief. Jose Mora’s death is considered a line of duty death and is the first officer in Fresno County to die from coronavirus.

Homicide Sergeant Jon Alvarado made the following brief statement regarding one of his fellow officers and friend’s passing. “Jose was a workhorse. He was someone our Homicide Unit could always depend on to conduct a thorough investigation and get justice for the victim’s family. His cheerful attitude and strong work ethic will be greatly missed in our department.”

The Fresno County Sheriff’s Office posted on their social media information regarding the passing of Detective Mora and included a link to a video of his funeral service. “A funeral service for Detective Jose Mora was held September 15, 2020, at Holy Spirit Catholic Church in Fresno. On Monday, September 7, 2020, Detective Mora, a 20-year veteran, passed away at Community Regional Medical Center in Fresno.”