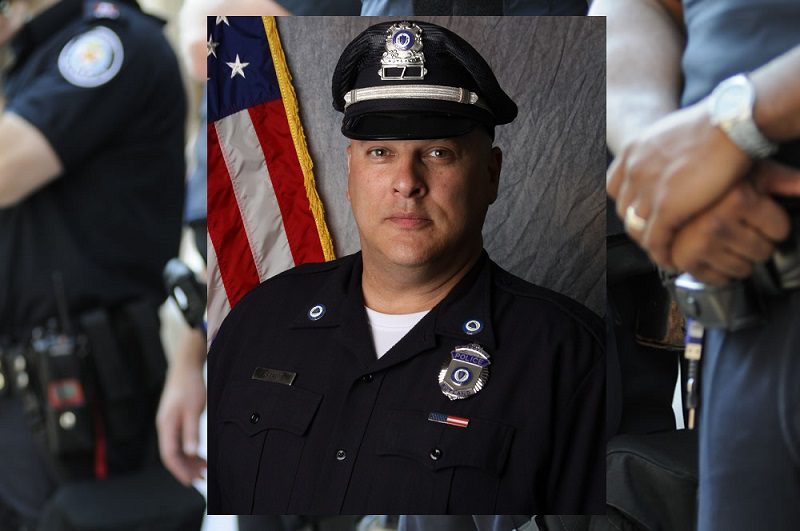 It is presumed that he obtained the virus through his duties as an officer. The news of his illness struck a blow to the communities that he had served so faithfully. They rallied for support, putting up signs, and donating to his family. Many residents were hoping that he would recover.

Rutland Police Chief Nicholas Monaco gave a briefing and talked about the long battle that the detective had gone through. “John is the kind of guy who had a heart of gold, and he would have done anything for anybody. He’s also a really strong guy. He put up a heck of a fight against the coronavirus, and he fought longer and harder than any of us could have imagined. I think he defied all medical expectations. He really held in there and put up a hell of a fight.”

Songy was remembered by many in the community as someone with “a heart of gold.” In his off-time, he loved being an outdoorsman and going off-roading in his Jeep.

During his procession, dozens of residents lined the streets, side-by-side with officers, to pay their respects to the man they loved so dearly. They held a moment of silence outside the Saint Patrick Church, saluting their goodbyes. Flags were flown at half-staff.

The community loved Detective Songy, as he showed them love and truly cared about everyone he met. He was passionate about his job and his dedication to keeping others safe. The love for each other was mutual.

He took the time to visit with his father in Louisiana each year, making it a special event for everyone in the family. During holidays he loved to cook up huge feasts that friends and loved ones could eat on for days. He loved hiking and traveling with his wife, who was his best friend in life.

Detective Songy had spent his final years serving with the Rutland Police Department. Located in the township of Rutland, Massachusetts, it is the hilly country area that is designated the exact geographical center of the state.

The township of Rutland has a long U.S. history, with its origins beginning in 1713. The town was officially incorporated in 1722. The Rutland Police Department, with its approximately 20 officers plus staff, work to maintain a sense of dignity, prosperity, and safety for all the residents in the area. Their mission is to “preserve the Town of Rutland’s exceptional quality of life with an emphasis on integrity, fairness, compassion, and professionalism.”

COVID19 Creates Tragedy for So Many

Detective John D. Songy leaves behind his wife, children, and stepchildren. Two communities that had rallied for his wellness see this as a tragedy created by a relentless virus.

The Rutland Police Department expressed its condolences in a brief statement, which included the following statement. “We wish to extend our sincerest condolences to Detective Songy’s family during this difficult time, and we would like to thank the community for the generous outpouring of support that John, his family, and the department have received throughout this ordeal.”

Joanne, his wife, wrote of her grief on her Facebook page. “It is with a broken heart that I had to say goodbye … to my best friend … and love of my life.”