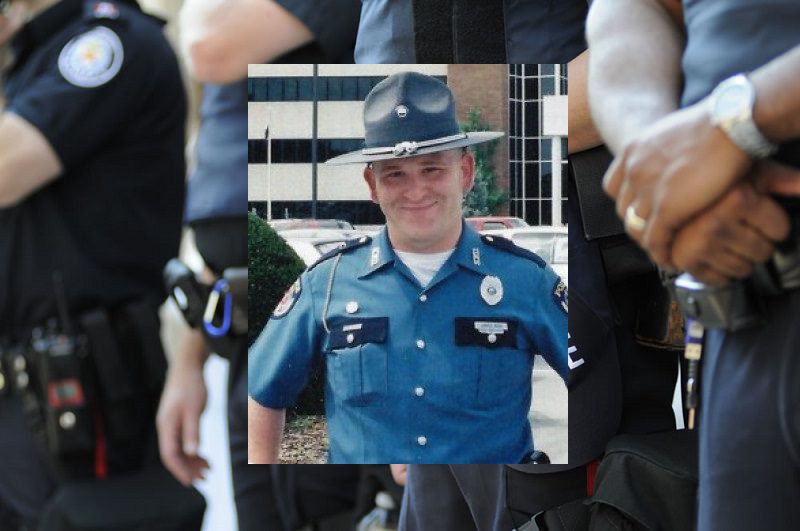 On Tuesday, February 11, 2020, the small town of Stanton, Kentucky, lost one of their valuable police officers. Detective James Traver Kirk, age 40, suffered a fatal heart attack after struggling with an armed defendant. He had served the department and the community for over 18 years.

On Monday, February 10, he responded with several other officers to a situation in which the suspect was considered non-compliant. Detective Kirk responded to back up the officers’ call for assistance. After running to the location where the officers were attempting an arrest, a struggle ensued with the defendant. Though he struggled, the man was taken into custody.

On Tuesday, Detective Kirk needed to pick a search warrant on an unrelated case. He had gone to the Powell County courthouse that day to pick up some paperwork for a different matter. As he was leaving the courthouse, he collapsed outside. He was immediately transported to the hospital. He was pronounced dead upon arrival.

Police officers have a much higher risk of heart disease and heart attacks as an occupational hazard. It is common knowledge that the reason officers have the best pensions, they don’t live long enough to collect them.

Life expectancy for an officer is, on average, 20 years less than civilians. Heart attacks are likely the number one killer of men and women in uniform overall. 10% of all sudden line-of-duty deaths are attributed to cardiac arrest. Overall, heart attacks are listed as number four or five in the top cause of officer line-of-duty deaths every year.

Police officers have many risk factors that contribute to the increase in heart disease and heart attacks overall. Nearly half of all officers work a non-day shift compared to only 9% of civilian jobs. Shift work is considered a contributing factor. Compared to other occupations, police have nearly double the rates of depression. Police are also four times more likely to have difficulty sleeping, getting less than six hours of sleep per night. Percentages also show that officers as an occupation have higher rates of obesity, cholesterol levels, and high blood pressures. There is also an increased risk due to stress, and it is common for officers to suffer from PTSD. All of these added risks make the occupation of law enforcement overall a high-risk job for heart attacks.

Detective James Traver Kirk served as a detective for the Stanton Police Department for the last 18 years. It is a small department of close-knit officers. The Stanton Police force has seven sworn certified law enforcement officers. Between the seven officers, they provide protection services for the community 24 hours a day. The department also assists other local law enforcement agencies when requested. The Stanton Police Department also has a K9 Unit for drug enforcement and drug searches. They work with the community and schools to provide education on the dangers of drug abuse and stopping violence before it begins.

Stanton, Kentucky, is a small community with a population of approximately 2,700 citizens. The total area of the town is two square miles. Though a small city, it is the county seat for Powell County, Kentucky. The first post office that established present-day Stanton was built in 1849. The post office was named Beaver Pond. It was called Beaver Pond due to the proximity to the local pond, which is created by Beaver Dam. In 1852, the community was renamed Stanton. It was named for a Kentucky politician Richard H. Stanton, who served in both the Congress and the Senate.

The town has a yearly festival that draws nearly 5,000 people each day. It is a huge celebration called the Corn Festival. The first-ever Corn Festival occurred in 1989, and it was a great success. The community has corn eating competitions, corn hole contests, as well as car shows and beauty pageants. Many artists have made the festival a regular event to set up booths to sell their art and have helped make the celebration a triumphant accomplishment for the small community.

The small town of Stanton, as well as the officers of the Stanton Police Department, will undoubtedly mourn the loss of Detective Kirk alongside his family. It is a difficult time for the entire community as well as his relatives, who will all miss him very much.

The Kentucky Senate honored Detective Kirk by adjourning their day officially in memory of Detective James Traver Kirk. The Senate made this declaration.

Be it resolved by the Senate of the General Assembly of the Commonwealth of Kentucky:

Section 1. The members of the Senate hereby express their most profound sympathy upon the passing of James Traver Kirk and posthumously commend him for his service to the citizens of Stanton, Kentucky.

Section 2. When the Senate adjourns this day, it does so in honor of James Traver Kirk.