In Memory of Detective James Skernivitz 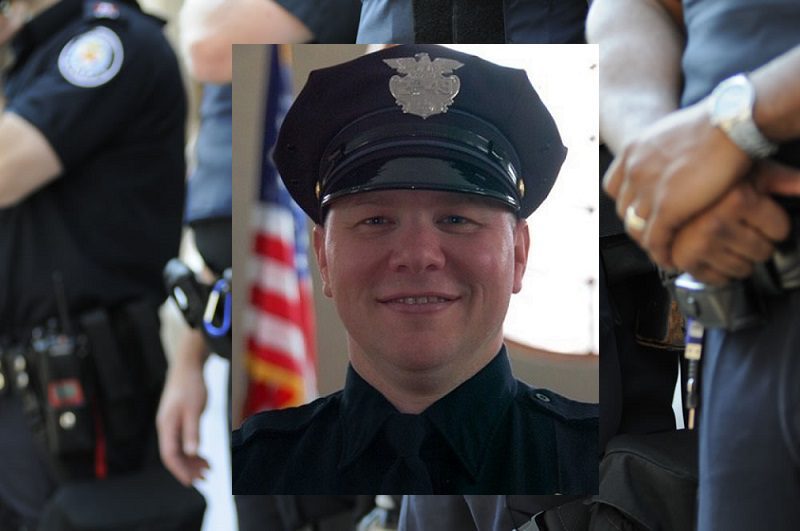 Cleveland officials announced the death of one of their officers on September 3, 2020. Detective James Skernivitz, age 50, was shot and killed during his federal undercover assignment with Operation Legend. He was killed at approximately 10 pm near the intersections of West 65th Street and Storer Avenue.

Detective James Skernivitz was in his vehicle talking with an informant when one or more subjects opened fire. While sitting in the car, the two were ambushed by gunfire. The informant was also shot and killed. Two juveniles and one adult are now in custody and being charged with their murders. Skernivitz was pronounced dead at MetroHealth Hospital.

Detective Skernivitz had served his community as a police officer for 25 years. As a department detective, he had dual assignments with the Gang Impact Unit and worked with the FBI’s Violent Crimes Task Force. He was also in the Cleveland Honor Guard.

Skernivitz wrote this comment when he applied to become an officer in 1998. “Being a police officer would give me the chance to work and help the public and a chance to keep the city in which I grew up safe.”

The daughter of the informant approached the crime scene with her mother, crying out in anguish. She commented on finding justice for both victims. “I hope we find justice for the people who killed my dad and the police officer.”

Detective Skernivitz gave his life and entire career to the Cleveland Division of Police (CDP). The department was formed in 1868 and has approximately 2300 employees. The CDP is responsible for a large metropolitan area patrolling and serving 82.47 square miles of the Cleveland Metro area.

Cleveland is the 53rd largest city in the United States and has a population of over 382,000 residents. The Cleveland Police Department has an extremely tough job in enforcing the law and protecting the city’s citizens. Cleveland has a high crime rate; large areas of the city have higher poverty rates. The closing of many manufacturing plants has left the city stunted and with lower access to good jobs. Skernivitz had been working to help these issues by being involved with the Gang Task Force to break up crime and protect the innocent.

Detective Skernivitz was a part of Operation Legend. Operation Legend is a federal crime task force initiated by Donald Trump. The task force was named after four-year-old LeGend Talliferro. The administration created the task force as a way to crack down on protests that have erupted across the nation in the wake of the death of George Floyd.

Detective James Skernivitz left behind his wife and two children. He had served his community, provided them with protection, and took care of his neighbors and friends. Along with his coworkers, neighbors, and friends, the community is sharing in his loss with the family.

Police Chief Williams shared in the grief as a friend and supervisor. He commented on the valued service that Skernivits gave to the department. “He was the one you’d want to duplicate over and over again because he did the work the way it was supposed to be done. Jimmy was a great police officer; he was what we call a “policeman’s policeman.” He worked hard for the city that he loved, he worked hard to take care of his family, and he worked hard to take care of his fellow officers. Cleveland lost one of its finest tonight in the line of duty.”

Director of Public Safety Karrie D. Howard gave a brief statement of the loss. “Detective Skernivitz dedicated his life to the citizens of Cleveland and made our city a safer place.”