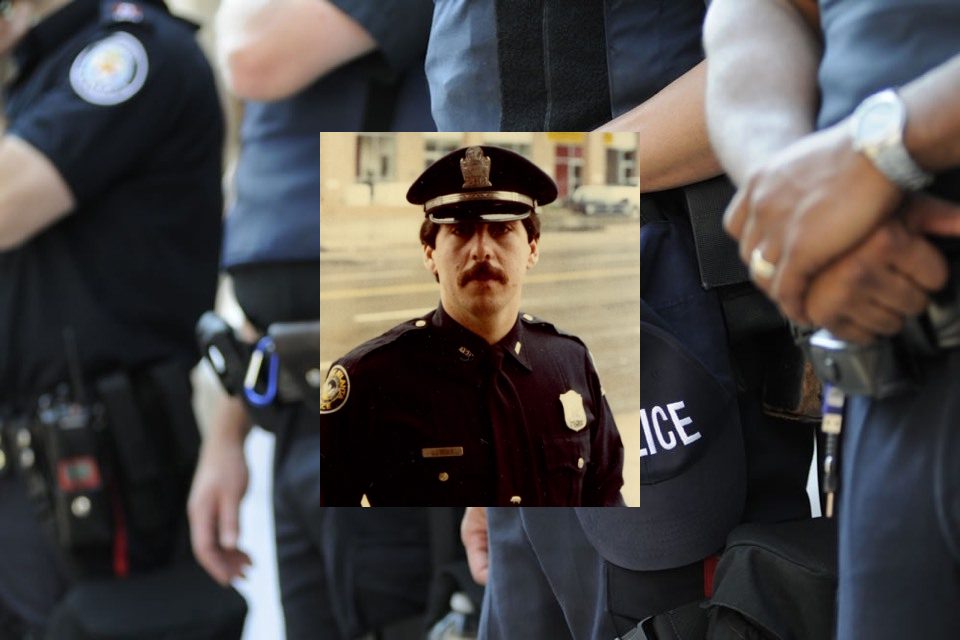 On Sunday, July 28, 2019, residents of Atlanta, Georgia, learned the news that a local detective had died in the line of duty. Detective James Joseph Biello, age 68, died from a gunshot wound he had received on April 15, 1987. The wounds from the shooting left Detective Biello requiring medical care for the remainder of his life.

The injured juvenile was angered by the wound and shot at Biello again, hitting him in the neck. Officers arriving on the scene opened fire on the young man as he fled. The injured juvenile was picked up a short time later. The young man was convicted for his crimes. He was charged with aggravated assault and armed robbery. He was sentenced to serve a sixty-year sentence.

At that time, Detective Biello had served as a sworn member of the Atlanta Police Department for over fifteen years. Biello’s wound left him a person with quadriplegia, and he spent the rest of his life confined to a wheelchair and needing constant medical attention. Finally, on July 28, 2019, thirty-two years after the incident, Biello succumbed to complications from his wounds.

This officer was exceptional; there is far more to this story. For the rest of his life, Biello lived in extreme pain. However, he didn’t let that stop him from living a full life. Biello spent the remainder of his life serving his community and uplifting all those who came into contact. He loved to make people smile and was a real practical joker.

Despite his injuries and work to rehabilitate himself as a quadriplegic, Biello ran for public office three years later. He won in a landslide and served as county commissioner for over fourteen years. Biello was a fighter for the city, residents, and other cops. Biello stood up to the city of Atlanta when he fought to gain better benefits previously promised to officers and better care for disabled police officers.

Biello was a famous Atlanta police officer, often written about in the local Atlanta Journal-Constitution. Residents loved to hear of his arrests and work as an officer. In the 80s, Biello arrested a robber dressed as a priest and another criminal dressed as a cop. Later, he went undercover and went full Serpico. He grew his hair long and had a long beard as he weaved his way through drug syndicates to stop drugs from making their way to Atlanta streets.

Biello was more significant than life. A bullet couldn’t stop him from making a difference for himself, others, and an entire city.

Detective Biello was a member of the Atlanta Police Department. The APD has had a long history in Georgia. Atlanta for many years operated under the rural-based Marshal and Deputy Marshal model of law enforcement for many years in its beginnings. In 1873, an official police department was formed in 1873, which began with 26 sworn police officers. The first Atlanta Chief of Police was elected by the City Council, Chief Thomas Jones.

Today, the agency has a much larger force consisting of over 1,700 sworn officers. An interim police chief currently runs the department until the city council votes another person to take the office of Chief of Police. The jurisdiction covers an area of 136.7 square miles, and the department serves a population of nearly 600,000 residents.

Detective James Joseph Biello leaves behind two sons. But, he also leaves behind a city that adored him as an officer, a commissioner, and an all-around good man. Officers from all around the southeast celebrated his life at his service. Biello was a real asset to Atlanta and all who live there.

Roger Garrison, the former Fulton County Sheriff, spoke of the life lessons learned from Biello, a dear friend. “J.J. was a political mentor of mine. His first lesson was to count to three. That’s what you need to be successful. You’ve got to get three of five votes (on the commission) to get things done. He was a tireless worker for our campaign. He was so resilient. Everything was so painful. It took him an hour to get out of his house. He was a living Superman to endure a schedule like that.”

Rene Diaz, CEO of a local grocery and friend of Biello’s, shared his memory of Biello’s drive to keep going. “It’s incredible he survived. He didn’t want to let go. He was thinking of his kids. He didn’t want to let go.”
Ross Biello, son of Detective Biello, commented on the loss of his father. “I’m privileged to have had him as a father. Whatever he did as a cop, he did more as a dad.”