In Memory of Detective Giles Landry 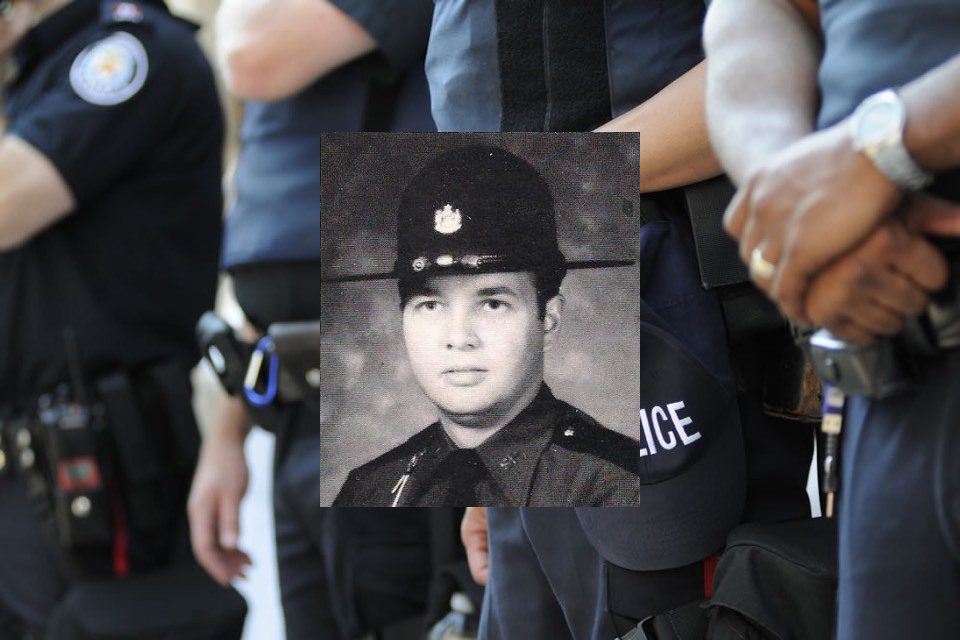 Androscoggin County, is much like what one would think of when in New England. Lots of lakes and ponds, endless farming landscape, thick swaths of pines, spruces, and conifers, small communities, built to serve the commercial needs of agriculture, old historic churches at the center of each. Every community could star in a series of postcards. The “big city” is Lewiston, which has a population under 40,000. If we were to swap out descriptions in a dictionary with pictures, Androscoggin County would fit perfectly with the word “beauty.”

On March 31st, 1989, Detective Giles Landry, who had just made his rank the year prior, responded to a child abuse call in his unmarked car, at a small trailer in the woods in Leeds. As he pulled into the driveway, a female who lived, Barbara Wells contacted Detective Landry, by running and entering the passenger side of his vehicle, and began to inform him of a domestic dispute from the night before. Wells originally came from Texas, and sadly had been in abusive relationships before the one she was in at the time. This one was different however, because as she stated to neighbors, the previous relationships had been with men who were alcoholics, and were more interested in pursuing the bottle, than her. By all accounts, Wells was an attractive woman, and after the relationship that brought her to Maine ended, one with David Grover began. Wells loved Grover, but he was extremely jealous of her, and would hit her in rages spurned by his own thoughts that she was looking at other men. She one child from a previous relationship, and had a daughter with Grover, whom he abused very early on. The neighbors reported after the fact that on March 30th, they heard Wells screaming, which was nothing new, and chose not to call police then. Detective Landry, arriving the following morning didn’t realize what he was walking into, other than following-up on a child abuse complaint. Detective Landry described Wells jumping into his vehicle frantically via radio, but after that, not much else is known. Grover, armed with a .44 caliber Magnum rifle, had circled around the wooded property, met the back of Detective Landry’s vehicle, aimed at him through the back windshield, fired two rounds, which killed Detective Landry instantly. Grover then turned the rifle on Wells, shooting her once, leading to her death. Grover ultimately turned the rifle on himself, shooting twice, before he died.

A lot has been made about the poverty that Grover and Wells lived in, and surely that played a role in Grover’s self-worth. But what went into his homicidal rage is anger, jealousy, and the inability to accept responsibility for abuse visited upon his girlfriend and child. No matter how poor one is, there can be no excuse for violence visited upon others over emotion, and most of all, murder.

As we write about Detective Landry, we are again reminded about the toll a family takes when a peace officer is killed in the line of duty. Detective Landry had a wife, a daughter, three siblings, and his parents survived him as well. We hear all the time from people of all walks of life they say it is the worst feeling to outlive your children, and yet this something we visit upon families of peace officers over and over and over again. And while the world continues, these families are left to grieve for a lifetime.

Nothing captures this sentiment more so than Detective Landry’s own sister’s (Denise Landry Theriault) words, on his posthumous birthday: “Happy birthday big brother. Not a day goes by that you are not thought of or spoken of. You will forever be my hero!”

He’s a hero to us Ms. Landry Theriault, and we can’t stop talking about him either.