In Memory of Detective Clifton Martinez 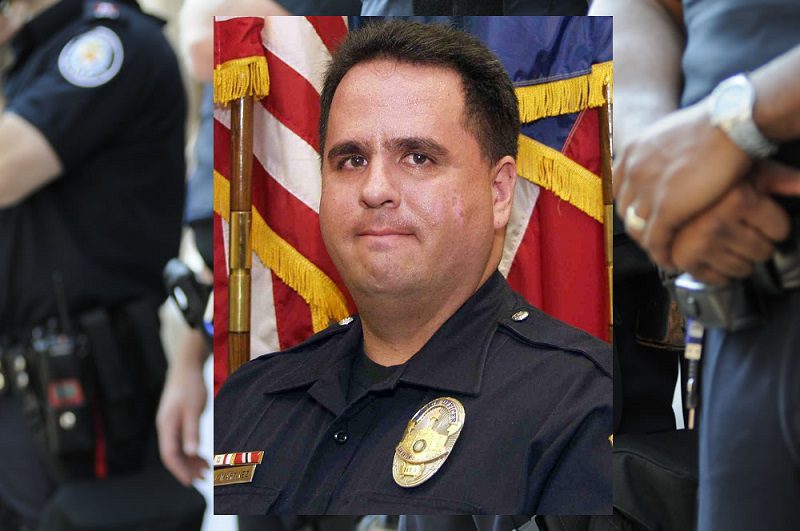 It was around 3:00 am on December 21, 2019 when Detective Clifton Martinez lost his life in a senseless act of violence. He had picked up extra shifts providing police security at a local IHOP restaurant in San Antonio, Texas located on Hot Wells Boulevard. It was early in the morning hours when a fight broke out in the restaurant.

Doing his job to protect the other customers and staff, Detective Martinez was able to usher the troublemakers out of the restaurant and into the parking lot. While outside, Martinez was attacked by at least two individuals and knocked to the ground in the middle of the lot. While he lay injured on the ground, Martinez was able to use his radio to call for back-up. The suspects jumped into their vehicle and intentionally ran over Detective Martinez, pinning his body under the car. They jumped out of the car, leaving Martinez there on the ground of the parking lot to die as they fled.

Both subjects have been found and arrested at this time and are currently facing capital murder charges.

When Martinez was a young boy, he dreamed of growing up to become a police officer and helping people. When he reached high school, he was given the opportunity to participate in the training program for Police Explorers. Upon graduation he was able to begin his law enforcement career as a reserve officer with the Bexar County Sheriff’s Office. Later he was able to find a position as a school resource officer.

The SAISD-PD is the San Antonio Independent School District Police Department. Here Martinez spent 28 years of his law enforcement career, earning his way up through the ranks and eventually earning detective status. He truly enjoyed working with the kids in the community, and many of the students were very fond of Detective Martinez and showed him a great deal of respect. He truly enjoyed his job and being able to be a positive influence on a younger generation of youth by providing them an example of how to live with honor and respect.

The school district is based in downtown San Antonio. It serves the downtown, midtown, and inner-city areas of the city of San Antonio. It is the third largest school district in Bexar County. Detective Martinez loved his job as a school resource officer, hoping each day to make a difference for the children in his schools. Of the children attending the SAISD, more than 91% come from households that are considered below the poverty level. The children come from struggling households only to attend a school district that is also struggling to meet their needs. Detective Martinez was proud to be there each day for “his kids.”

Detective Clifton Martinez was proud to serve the city of San Antonio, Texas. Rich in history, San Antonio began as a settlement, Spanish Mission, and colonial outpost in 1718. It became the first chartered civil settlement in the state of Texas as of 1731. Detective Martinez was known to respect and cherish the local history of the area.

San Antonio comes from the Spanish words for Saint Anthony. Officially, it is called The City of San Antonio. With a population of over 1.5 million residents, it is the 7th largest city in the United States. San Antonio is the county seat for Bexar county. It is commonly referred to as the Greater Metropolitan Area of San Antonio when including the many suburbs surrounding the city. The metro area has a population of over 2.5 million people. Even with such a large metropolitan population it ranks only 24th in the United States and is the 3rd largest metropolitan area in the state of Texas.

Detective Martinez had a great respect for local history and the heritage of the local community. He loved going to the San Antonio Missions; it was one of his favorite places to visit. The San Antonio Missions is a National Historical Park. It is also labeled as a UNESCO (United Nations Educational, Scientific, and Cultural Organization) World Heritage Site. The site is a park that has preserved four out of the five original Spanish frontier missions in San Antonio.

These Spanish missions began as outposts to spread Christianity, established by the Catholic Church, early in the history of the settlement of Texas, teaching their religious philosophy to local natives. The fifth mission that is not included in the park, is located in downtown San Antonio and is best known as the Alamo. Detective Martinez loved history, education, heritage and spending time outdoors, and the Missions incorporated all of these hobbies.

The many children, both present students and past students, are mourning the loss of their respected hero. Detective Martinez took the time to touch many lives. He also left behind his father, brothers and nieces, as well as many other family members. His family wishes to show respect to the life work of Detective Martinez and his career of mentoring youth. They have established the Cliff Martinez Memorial Scholarship Fund to assist other youth who wish to follow the example of Detective Martinez. It is for high school students who wish to participate in the very program that helped begin Martinez’s career path, the Police Explorers Program. To donate to this program, you can find the information on the SAISD Foundation page.