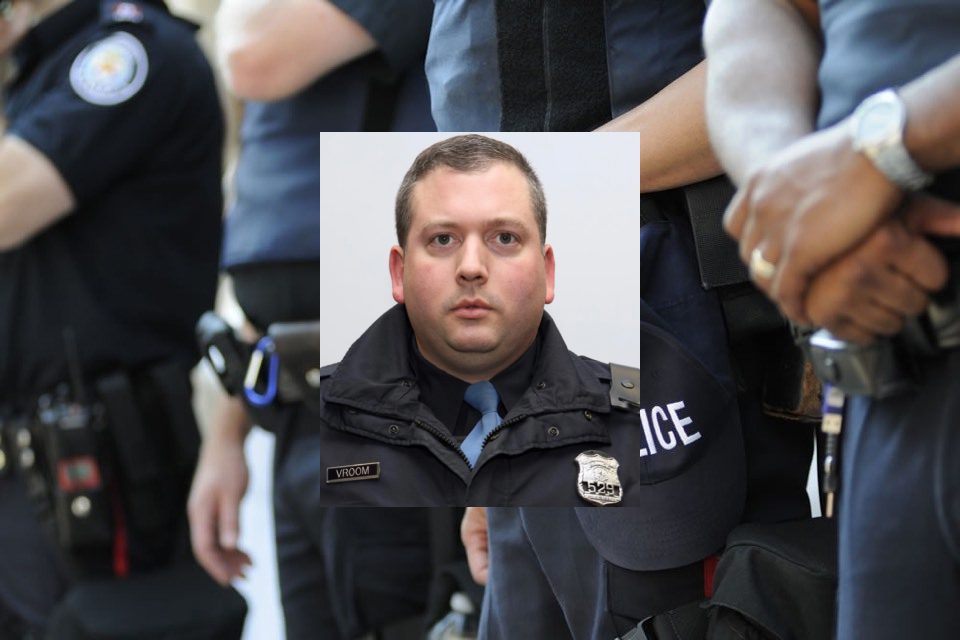 On Sunday, September 12, 2021, Detective Chuck Vroom of the Nassau County Police Department died due to complications that come with the coronavirus. The state of New York has lost several officers to the COVID19 virus. The virus has become the number one cause of line of duty deaths among law enforcement. Detective Vroom, badge number 529, was 52 years old.

Vroom was posthumously promoted to Detective. He had been working to achieve that rank. Vroom worked at the Third Precinct for the Nassau County Police. He had served his community as a law enforcement officer with the department for more than 17 years. During his time as an officer, Vroom also worked on the 9/11 clean-up. Vroom is the 40th officer to die in the line of duty in the Nassau County Police Department’s history.

Vroom was a member of the NCPD. This agency is the primary law enforcement for Nassau County, New York. The county was concerned about rising crime rates and voted to replace the multiple town police department with a single county-wide agency in 1925. The first county-wide agency was a chief of police, 55 officers, and one fingerprint expert.

Skidmore was named the first Chief of Police in 1925. The department increased to meet the pace of the growing county. In 1932 the agency grew to 450 officers, and by the time Skidmore retired in 1945, the department had grown to 650 officers.

After WWII, the agency and county experienced another boom in population. By 1950, the agency had six precincts and 1000 full-time sworn law enforcement officers. In the 1970s, the agency expanded to nearly 4,200 officers. Since then, the county voted to reduce the number of officers on the payroll, and the current department has approximately 2400 officers.

Detective Charles C. Vroom leaves behind his nineteen-year-old son. He also leaves a community he loved, friends, extended family, neighbors, and co-workers. Many will come together to celebrate the life lived by Detective Vroom. The support for the Vroom family will help them through their difficult time. A fundraiser was started to help his son cover funeral expenses.

The Nassau County Police Department announced the loss on Twitter to residents. “The #NassauCountyPD mourns the loss of P.O. Charles C. Vroom IV, who died from complications of COVID-19 sustained in the line of duty. P.O. Vroom had been with the Dept. since 2004 and worked in the 3rd Pct. Our thoughts are with his family. We will never forget his service.”

Emergency Response Consulting Group shared condolences. “In valor there is hope – Tacitus. Our thoughts and prayers are with the family and friends of this brave hero. We are forever grateful for what our law enforcement officers do. We support our police and never forget the sacrifices they make in the line of duty.”

Nassau County Police Benevolent Association shared in the grief of a fallen member. “Our entire membership sends their condolences to the family and friends of Third Precinct Officer Charles “Chuck” Vroom, who lost his battle with COVID19 earlier this week.”

Michael Spadaccini, president of the Nassau County PBA, talked about the dangers faced by officer Vroom. “Vroom died as he lived, a hero who placed public service ahead of any concern for personal safety. His death, a mere day after the 20th anniversary of 9/11 and his participation in the recovery efforts, highlights the ever-present danger inherent in policing and stands in testament to the heroism of sacrifice in the line of duty.”

Officer William Borchers, a friend and fellow officer who served with Vroom for years in the Third Precinct shared his thoughts. “When you met him, once you got past the lighthearted sarcasm … he was a teacher, almost like a father figure … using his experience and hoping that you gain from it. He used to call me rookie all the time. He called everybody rookie. But when he said that, in the end, you realized that there’s something else coming that you have to listen to because you’re about to learn something. I’m a better father, husband, and cop, thanks to him.”