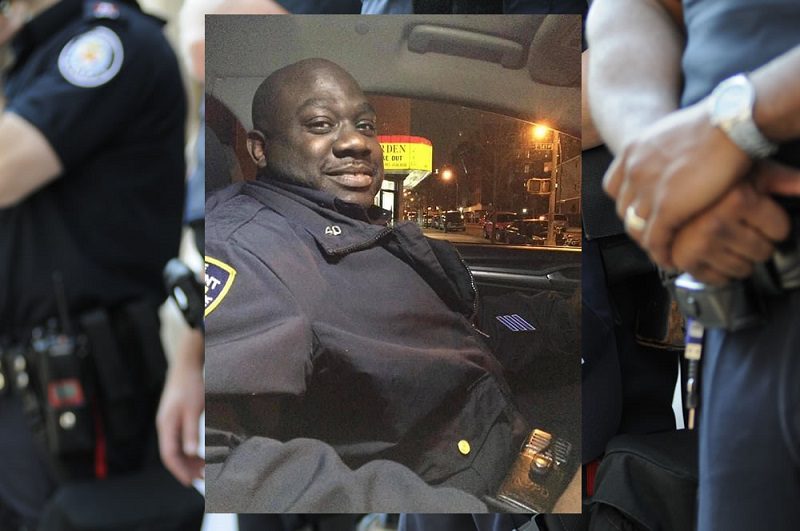 On Saturday, March 28, 2020, the NYPD lost its first officer to COVID19. Detective Cedric G. Dixon was a 22-year veteran on the force who served in Harlem at the 32nd Precinct. He was 48 years old and died from complications arising from coronavirus. Dixon was known to have pre-existing conditions that could have worsened his response to the virus, both diabetes, and asthma.

NYPD Commissioner, Dermot Shea described Detective Dixon as kindhearted and generous. He also stated, “If you had something broken, he was particularly fond of fixing technology and electronics. He is going to be so sorely missed, and it is just a very, very difficult time for the 32nd Precinct and the department as a whole.”

The officers that worked with Detective Dixon were very fond of him and will miss him a great deal. Detective Paul DiGiacomo had this to say about Dixon. “Detective Cedric G. Dixon’s nearly 23 years of dedication to fighting crime and serving New Yorkers was the epitome ‘The Greatest Detectives in the World.” He was good at his job and at serving the people in the 32nd Precinct.

All across the world, officers are facing significant danger in doing their essential duties due to the threat of coronavirus or COVID19. In many countries, including the United States, officers are facing the same issue as many other first responders, a shortage of personal protective equipment (PPE). Having inadequate PPE exposes officers to the virus when they face the challenges of doing their job of fighting crime. Law enforcement now has to balance the idea of which is more important at the time – enforcing the law or protecting their health.

New York City has been hit especially hard with coronavirus. It is a hot spot or area in which the virus is entirely out of control. The impact on the NYPD has been devastating. The department is losing many officers, volunteers, civilian employees, and others associated with their agency. They are also running with lower morale and a near 20% absentee rate due to illness and quarantine. Many who work for the NYPD in various capacities have also taken the virus home to their families.

Commissioner Shea had these comments at a public briefing. “We are hurting, we are crying, and we continue to fight. We simply have no other choice. It is in our heart, and it is in our soul to sacrifice to serve to fight for you.”

Dixon was a Detective with the New York City Police Department. The NYPD began its history in 1845 as the city’s Municipal Police, which replaced the older night watch system. It was Mayor William Havemeyer who called together the best men in the city as a challenge to form the new department and began the well-known phrase that has lasted more than 150 years, “New York (City)’s Finest.”

An officer can then choose between three career tracks to follow while with the NYPD. The choices include supervisory, investigative, and specialist. The supervisory path consists of nine titles. Three of these titles or ranks, sergeant, lieutenant, and captain, are awarded based on the results of competitive examinations.

Dixon had reached the level of Detective in his career with the department. This achievement meant that he either was promoted by the police commissioner from police officer to the rank of Detective, or he completed a minimum of 18 months of investigative duty. There are two types of detectives in the NYPD; there are detective-investigators or detective-specialists. Detective-investigators are the type of detectives most known for crime tv shows or the kind of detectives most notably seen in movies. Detective-specialists generally are assigned to a specific unit or squad, such as narcotics, organized crime, or kidnappings.

Detective Dixon leaves behind his family, friends, and his family in blue. The entire city of New York, as well as the nation, is mourning the loss of first responders. New York, having been struck by the impacts of the virus, has lost heroes in every field most needed at this time. The country is in full support of the families who are grieving the loss of loved ones in this tragic time.

Police, Deputies, Nurses, Doctors, Firemen, Grocery Store workers, Mail Carriers, and so many other needed occupations for public safety and security, these individuals are showing true bravery every day. They continue, despite knowing that they are at risk for an illness that could result in taking their own lives, or even the lives of family members should they pass the virus on to them. The strength they continue to show gives all America hope. With that hope and with gratitude, we can come back and honor their memories when it’s time to rebuild into a better world.