In Memory of Detective Antonio Valentine 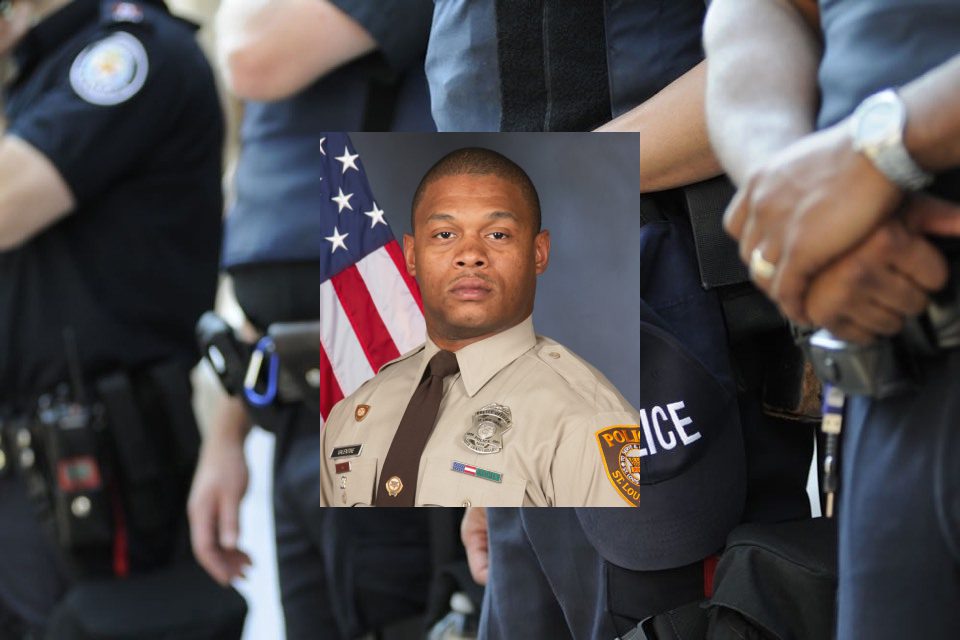 On Wednesday, December 1, 2021, Missouri residents were saddened to hear of the loss of a local St. Louis officer. Detective Antonio Valentine, badge DSN 3699, passed away due to a vehicle crash while he was on duty. Detective Valentine was 42 years old.

Before the COVID19 pandemic, it may surprise some that the number one cause of line of duty deaths among law enforcement was automobile accidents. Many studies have been done regarding officer safety and driving. It has been determined that using some of the extra equipment or even an adrenaline rush can cause some of these accidents.

However, for Detective Valentine, the accident he was involved in was the direct result of a fleeing suspect. The crash occurred around 3:00 pm near Chambers Road and Crete Drive in Bellefontaine Neighbors. Valentine was responding with his partner to assist fellow narcotics detectives.

The narcotics unit was attempting to arrest a man when the suspect fled. He fled in his vehicle at a high rate of speed. The fleeing suspect increased his speed at the sight of the additional patrol vehicles and aimed his car at Detective Valentine, causing a head-on collision, killing Detective Valentine.

The man who was fleeing also died as a result of his actions.

Detective Valentine was a hero who worked his entire life in civil service. He was a combat veteran with the US Army. Valentine also served in the US Air Force Reserves until retirement. His desire to continue in civil service brought him to work as a sworn officer with the St. Louis County Police Department, where he has been a proud member for over 14 years.

The area served by the St. Louis County Police Department is over 523 square miles. Patrols for the agency cover a wide area to serve nearly one million residents. The SLCPD is managed by the St. Louis County Board of Police Commissioners. The agency is directly responsible for providing law enforcement services to the unincorporated areas of the county and several small cities and suburbs in the St. Louis area. In addition, these municipalities have contract services for law enforcement. The SLCPD is a modern agency, telling its story in a video on their main webpage.

Detective Antonio leaves behind his four children. He also has other extended family in the area, including an uncle, who was also a member of law enforcement with the St. Louis Metropolitan Police Department. Honor guards and other agencies will work with the family to ensure that all honors and ceremonies are performed at his service. Full honors were given for his work in law enforcement and his service to his country.

St. Louis County Acting Police Chief Kenneth Gregory gave a brief statement. “On behalf of our entire Department, I wish to express our sorrow and sympathy over the tragic death of Detective Antonio Valentine. Detective Valentine dedicated his life to serving the public through law enforcement and military careers. In addition, he was devoted to his family and friends. We are greatly honored to have worked with him and have him as part of our family.”

Byron “Sarge” Watson, a former officer with the St. Louis County Police Department, commented on the loss. “Let our focus be on the life that he lived, the love that he shared, and the light he left behind.”

Orlandus Cherry, who met Valentine when they were both serving in the military, said this: “Tony helped everyone that he came across. He was a leader, one of integrity and strong mental fortitude.”