In Memory of Detective Alex Ruperto 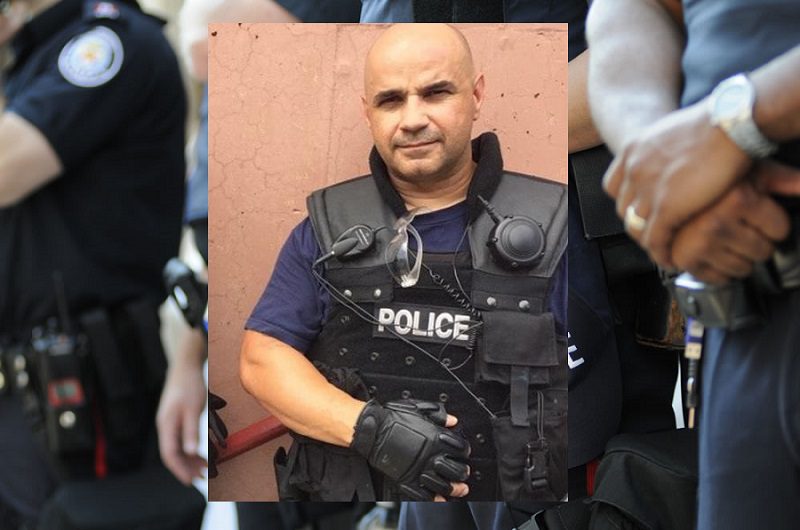 A veteran of the Union City Police Department in New Jersey has passed away from complications from the coronavirus. Detective Alex Ruperto, age 52, had spent 21 years serving the New Jersey citizens in the department. He had been treated at a local hospital. He had been placed on a ventilator to help with breathing. Detective Ruperto did not recover. On April 16, 2020, he lost the battle with the disease.

An original member of the Emergency Services Unit, the big-hearted Detective watched as Union City became overrun by COVID19. He had recently moved to the Training division assigned as a detective.

The Chief of Police spoke very highly of Detective Ruperto. Chief Nichelle Luster made this statement regarding the loss during a briefing. “Alex was kind, patient, soft-spoken, and genuine. My heart breaks for his family and his UCPD family, especially in ESU, as they knew him best. It is devastating that his family and co-workers could not be by his side when he passed. Alex was a good person and an exceptional officer, and I know we will all remember him fondly.”

Ruperto made quite an impression during his career with the city. The Mayor of Union City praised Ruperto both professionally and personally. Mayor Stack gave a brief statement about the loss. “My heart is heavy today after learning of Alex’s passing. I have always known Alex to be a consummate professional who is competent and compassionate. My thoughts and prayers are with Alex’s family, friends, and fellow officers in the police department. I ask at this time that all residents of Union City keep Alex’s family and the Union City Police Department in your thoughts and prayers.”

Union City, the second-most densely populated city in the country, was struck by the virus. First responders, such as Detective Ruperto, faced this threat each day in their line of work as they tried to protect the city and assist residents. Many became sick. Of the 68,000 Union City residents, more than 13,000 have tested positive for the virus. Glen Ridge, the small suburban neighborhood in which Detective Ruperto lived, has had 28 cases and four deaths.

The Union City Police Department in New Jersey has a motto of ‘Compassion, Proficiency, and Respect.’ From the comments regarding the personal and professional conduct of Detective Ruperto, it seems he met those goals during the 21 years he served with the department. The department focuses on the quality of life for its residents.

The UCPD is goal-oriented and expresses that quality in their mission statement to their community. Their mission is “to serve humankind, safeguard life and property, and be ever vigilant for those acts that lessen the quality of life of our citizens.” They work to preserve the safety and lifestyle of more than 68,000 residents.

The patrol units would be responsible for an area of 1.23 square miles. Union City is a densely populated area that calls for unique approaches to law enforcement. Many of the residents are of German and Spanish descent, as these were the original settlers of the community. Many of the residents commute to New York for their employment. Police Chief Nichelle Luster recently made local history as the first woman to have achieved that post.

Detective Alex Ruperto leaves behind two children, both adults. His daughter, Juliana, is also an employee of the Union City Police Department. She is a Public Safety Telecommunicator. His son is his namesake, Alex, Jr., and lives in Philadelphia.

Police Chief Nichelle Luster added this regarding his passing. “It is devastating that his family and co-workers who could not be by his side when he passed. Alex was a good person and an exceptional officer, and I know we will all remember him fondly.”