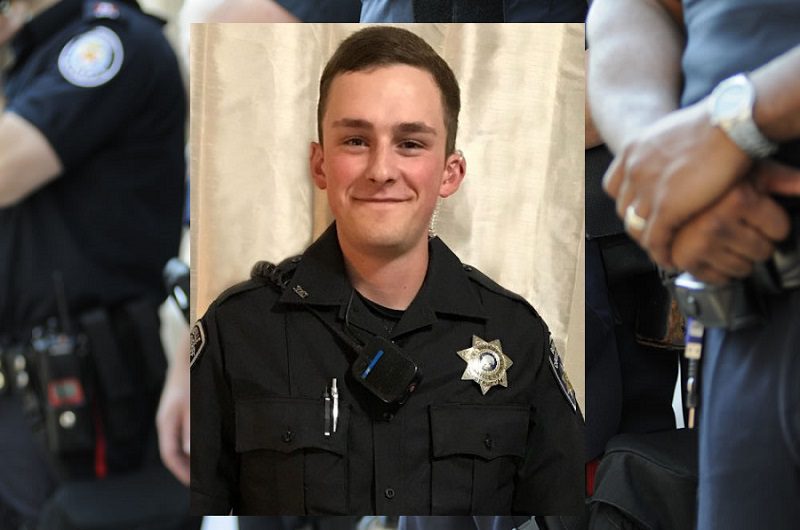 The Bonneville County Sheriff’s Office, Idaho, has lost one of their deputies to a fatal accident. Deputy Sheriff Wyatt Maser, age 23, was fatally struck by a vehicle while on duty on Monday, May 18, 2020. He had served with the department for just over a year. Before becoming a member of the department, he had served the United States as a member of the U.S. Air Force.

The incident occurred at approximately 5:20 am when Deputy Maser answered the call of a rollover crash located in the area of 9 South and Bone Road. Arriving on the scene, he found a woman who seemed to be having mental health issues. She was walking away from the accident carrying a machete.

With concern for the woman’s mental and medical condition, Deputy Maser and another deputy followed her on foot, attempting to talk with her. As deputies began to close in on her to make an arrest, a third deputy was arriving on the scene. This third deputy accidentally struck Deputy Maser with his patrol vehicle on the dark road.

Life-saving measures were immediately taken at the scene and in the ambulance. Deputy Maser was rushed to the Eastern Idaho Regional Medical Center. Once there, he succumbed to his injuries.

Those who choose a badge for their occupation realize beforehand that it comes with a great deal of risk. Deputy Maser was no exception. Many in the general public may be surprised to know that risk may not always involve dealing with criminals, gunfire, or other incidents we’ve become so familiar with from crime television. Vehicle dangers are one of the top killers for those in law enforcement.

Law enforcement officers die in the line of duty by vehicle accidents or assaults nearly as often as other criminal violence. According to the U.S. Department of Transportation, from 2007 to 2017, 39% of all line of duty deaths can be attributed to vehicle incidents. Shockingly, 2018 was when the number was tied between violent acts and vehicle-related incidents as a cause of line-of-duty deaths.

There is an ongoing problem in the U.S. in the treatment of the mentally ill. The lack of available care, health coverage that will pay for treatment, monitoring those with confirmed severe illness, treatment options, and more. Most of those who have mental illness are left to their own devices, their families unable to continue caring for them; many will wind up as part of America’s homeless.

The everyday citizen or family member can find themselves overwhelmed when dealing with someone in crisis. Their only option for rapid assistance is to call law enforcement. Policing mental illness is not what most signed up for when they became officers, but in serving the community and helping other officers bravely face the duties, they are called to do. They do not always make the best decisions at the time of an incident, and sometimes people get hurt, sometimes they die.

Law enforcement has become the frontline defense against those with mental illness like it is some war. It was never meant to be this way. Those suffering a crisis need medical help, not an arrest. They need medical care, hospitals, and doctors, not an isolated jail cell. Today, with social isolation and fear of death looming from COVID19, the number of mental health crises worldwide is rising rapidly. Police are receiving more training to de-escalate the immediate situation; however, it is not a long-term solution.

Deputy Sheriff Wyatt Maser was beginning his career as a deputy with the Bonneville County Sheriff’s Office. He was a young man dreaming of serving the people, friends, and neighbors, in Bonneville County, Idaho.

The county has a population of approximately 105,000 residents. The county seat is Idaho Falls. Established in 1911, Bonneville County was named for Benjamin Bonneville (1796-1878), who was a French-born officer who served in the U.S. Army. He was also a fur-trapper and explorer of the American northwest. His father played a significant part in the French Revolution as a member of the Illuminati, having written the book Illuminati Manifesto for World Revolution in 1792.

The loss of Deputy Maser is more than significant. His family and friends will mourn his passing. The loss to the entire county of Bonneville will be lasting. His plans for a long-term career serving his community will not be fulfilled. His goals of spending the next 40 years giving back to Bonneville County and his death, takes a bit away from every resident in the community.

Deputy Sheriff Wyatt Maser is survived by a large and loving family that is stunned by his sudden loss. He is survived by his wife, daughter, mother and stepfather, father and stepmother, siblings, and grandparents. Funeral services with law enforcement procession occurred on Friday, May 22.