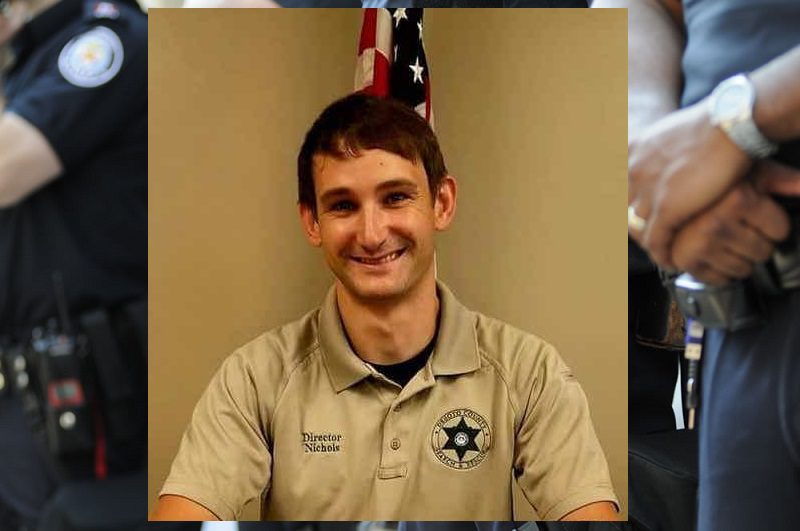 Deputy Sheriff William K. Nichols, 33, drowned near Sandestin, Florida, Wednesday evening, July 22, 2020, after saving his son from a rip current. Nichols’ family was vacationing in Fort Walton Beach, where his son was caught in a turbulent current. Nichols swam out to rescue him and bring his son back to land. Once he was safe, Deputy Nichols was pulled back into the water and swept away. Deputy Nichols had served with the DeSoto County Sheriff’s Office for ten years and served as the agency’s Search and Rescue director. He leaves behind his wife and two children, an 18-year-old daughter and a 10-year-old son.

Rescuing for the Rescuer

Rescue personnel from the South Walton Fire District immediately performed CPR on Nichols after he was pulled out of the water, but were unsuccessful in reviving him. He was later taken to Sacred Heart Hospital where he was pronounced dead. Chief Smith said the motto on their patch is “So that others may live” and that Deputy Nichols died doing just that.

The Walton County Sheriff’s Department spoke of the devastation they felt losing a brother in blue on their Facebook page, “We have no words to express our devastation. Our hearts go out to his family and our brothers and sisters in Desoto County. Rest in peace, brother. We have the watch.”

The DeSoto County Sheriff’s office spoke of their respect for Deputy Nichols. “Director Nichols was the embodiment of a true hero.”

The DeSoto County Sheriff’s Department post said Nichols was young when he became interested in search and rescue, after watching his father oversee the unit that did that type of work. He enlisted in the Explorer program of the Boy Scouts at an early age. Nichols, described as “humble, passionate, and kind,” was hired in 2010 as a patrol deputy. Initially, Nichols was a volunteer with the search-and-rescue unit before transitioning to full-time capacity. Later he was promoted to Search and Rescue (SAR) Unit director and held that title for the past seven years.

Red Flags in The Water

Flying red flags were displayed on Wednesday on the South Walton Beaches, where Nichols drowned. Red flags indicate a high hazard for rough surf and rip currents connected with a tropical weather pattern making its way through the Gulf of Mexico. The public may not enter the beaches when there is a two red flag warning. On Wednesday, there was only a single red flag warning, according to the sheriff, which signifies to beach-goers to use extreme caution.

Walton County Sheriff Michael Adkinson, Jr. spoke of Deputy Nichols and his last act of heroism, saving his son from drowning. “We have no words to express our devastation. Our hearts go out to his family and our brothers and sisters in Desoto County.”

DeSoto County Emergency Management’s Facebook page also spoke of the heroism of Nichols. “Our county lost a hero tonight. Director William Nichols of the Desoto County Sheriff’s Department Search and Rescue Unit passed away earlier this evening on a family vacation to Florida. Our thoughts and prayers go out to his family, team, and brothers and sisters in blue at DCSO. Thank you for your service to our community.”

Chief Smith said the sheriff’s department asks for prayers for their fallen deputy and his family. “Thank the Lord for men like Director Nichols, who have given their [sic] life so that others may live. Words to describe Director Nichols would be humble, passionate, and kind. He always put others before himself. He was the embodiment of a true hero.”

Malibu Search and Rescue posted their shared grief of the loss of another fellow SAR officer on their Twitter page. “DeSoto County Sheriff Deputy William Nichols, who died after saving his son from a rip current. Nichols was the director of the county #SAR Team. His last act of service was the rescue of his son. The embodiment of a true hero.”