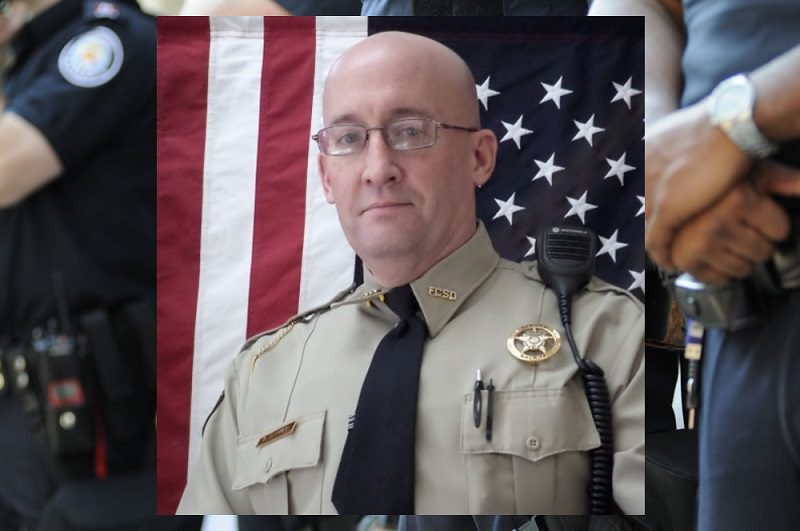 On Sunday, July 19, 2020, Georgia officials announced the death of Deputy Sheriff William Garner, of the Franklin County Sheriff’s Office. Deputy Bill Garner was struck and killed by an oncoming vehicle.

Garner was at the scene of a single-vehicle crash that occurred roughly before 7:15 pm. He was assisting the occupants in a crash that happened near mile marker 64 on Highway I-85. Another vehicle lost control, crossing the median, and struck the deputy. The state police are filing charges against the driver with the deputy’s death.

Georgia State Patrol said there were numerous vehicles in the area that had hydroplaned. This was occurring in both the north and southbound lanes. The car hitting the deputy was heading southbound on I-85.

Officer Garner was taken to St. Mary’s Sacred Hope Hospital for life-saving treatment. However, he died from his injuries. Officer Garner had been a law enforcement officer for the past 13 years; he had joined the Franklin County Sheriff’s Office just one year ago. He had previously served with the Oconee County Sheriff’s Office and the Pendergrass Police Department.

Dangers of Vehicles to Law Enforcement

Vehicle dangers like the one that killed Deputy Garner are a leading cause of line of duty deaths. The FBI has reported that vehicle incidents between 2007 and 2016 were the leading cause of fatalities among officers. The National Law Enforcement Officers Memorial Fund both tracks and studies the causes of the line of duty deaths as a way to reduce or deter these events in the future.

The NLEOMF investigates to find the circumstances behind the deaths and develops technologies and standards to apply to police conduct that could result in fewer deaths. The NCBI or National Center for Behavior Institute has been working on a recent study to gain the viewpoints or perceptions of officers regarding this fact. What are their risk perceptions when it comes to vehicle dangers?

The study included a cross-section of 60 agencies, and 1,466 officers completed the study. “Using six-point Likert scales, composite scores for motor-vehicle, and intentional violence risk perception were derived. A linear regression multivariable model was used to examine factors affecting motor-vehicle risk perception.” Though the risks were very similar in number, police do have a clear risk perception of the dangers of vehicle injuries and death in their careers. It was also much higher when there was after an accident had recently occurred or that the officers had just dealt with assisting with an accident.

The purpose is to gain a better understanding of the officer’s perceptions and attitudes about vehicle dangers. This understanding will help create programs and develop new strategies to save lives.

The officers have a huge responsibility to keep the 23,000 plus residents who live within the county safe. They also patrol 256 square miles of the county and provide many types of law enforcement services.

Deputies Have Families, Too

Deputy Sheriff William Garner had a family. As we drive by officers helping others on the side of the road, we should all remember that. Drivers being responsible for slowing down and be more careful around officers who are assisting others would save many lives. It would have saved Deputy Garner.

Deputy Garner is survived by his wife, his parents, and a brother. Many others, extended family, neighbors, friends, and co-workers will share in their grief.

The Franklin County Sheriff’s Office posted this to share the grief of losing Deputy Garner with the community. “Last night, we lost one of our own. Deputy Bill Garner was struck by a vehicle while working another vehicle crash on Interstate 85 around 7:15 pm. Our thoughts and prayers are with Bill’s family. We will post arrangements as we receive them.”

The Mayor of a nearby Community of Lavonia also posted condolences to the department and Garner’s family. “Sheriff Thomas, the Franklin County Sheriff’s Office, and the family of our Deputy are in our prayers. May God bring comfort.”