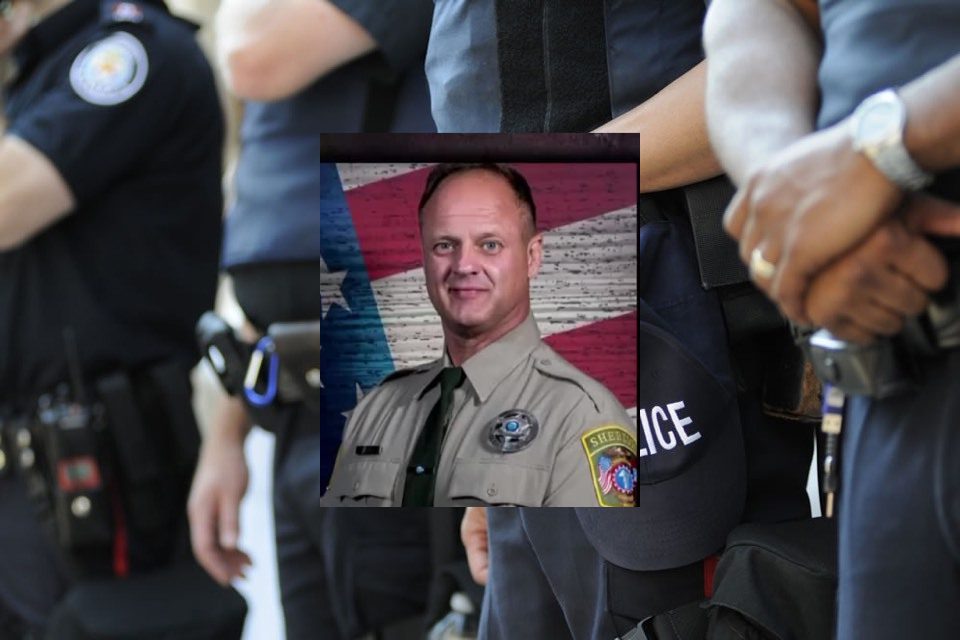 On Friday, November 15, 2019, the Cheatham County Sheriff’s Office in Tennessee announced to residents that a local deputy had died in a terrible accident. Deputy Sheriff Stephen Michael Reece, badge number 918, was killed in a vehicle crash in his patrol car while on duty. Deputy Stephen Reece was 50 years old.

In 2019, automobile accidents were the number one cause of line of duty deaths for law enforcement officers in the US. While on duty, Deputy Stephen Reece was on patrol and headed east on Oak Plains Road when he entered the intersection at Highway 41A. Reece was driving a Ford Explorer patrol SUV, and at approximately 2:13 pm, he was struck by another vehicle.

A Ford van, driven by Jose Vilchiz, age 38, was headed south on 41A when Deputy Reece’s patrol vehicle crossed his path while entering the road. The van hit the driver’s side door, and both cars landed in the southeast part of the intersection after the collision. Sadly, Deputy Reece was not wearing his seat belt.

Tennessee Highway Patrol worked to investigate the crash. The report showed that Reece was not wearing his seatbelt, but the accident was so severe that it likely made no difference in this particular case. The man driving the van also suffered severe injuries and was taken to the nearest hospital for treatment. Based on the investigation by THP, it was a terrible tragedy, and the driver of the van will not face any charges. It was an accident.

Deputy Stephen Reece served his community as a sworn law enforcement officer with the Cheatham County Sheriff’s Office for over 24 years. Reece began early in civil service and joined the US Marine Corps. He was a veteran of Operation Desert Storm.

Deputy Reece served through his work with the Cheatham County Sheriff’s Office. The CCSO has a history in the state of Tennessee since 1856. It is a fully accredited law enforcement agency that enforces federal, state, and local laws.

The CCSO is a smaller agency that asks a lot of officers who work on their team. As a result, sworn deputies, like Reece, must agree to many things which most people would balk at for their occupations. For example, he was promised to be available for irregular hours, rotating days off, and working special assignments that may require regular amounts of overtime.

Jurisdiction for the CCSO is limited to approximately 307 square miles, and officers provide protective services to more than 41,000 residents. The headquarters for the Cheatham County Sheriff’s Office is located in the county seat of Ashland City. The county is part of the Nashville Metropolitan Statistical Area.

Deputy Sheriff Stephen Michael Reece leaves behind his wife, two children, and three siblings. When someone takes the oath to become an officer, many forget that it takes courage from all those that love them each day as they leave for work, not knowing if they will return. Law enforcement families often group together in support of each other in these difficult tragedies. Many will mourn Deputy Reece along with his family and friends.

Lt. Shannon Heflin spoke about the loss and shared how heartbroken the community was over it. “He always (was) very professional, treated everyone with dignity and respect. Even the people he would arrest would thank him in jail. He left that kind of lasting impression. He’s the type of police officer that every officer should look up to and take a play out of his playbook and learn from it. I wish he were still here. He would teach these officers so much about how to treat people and how to be respectful.”

Lt. Walter Bamman shared what a great officer Reece had been. “It was in his blood. He was always respectful of people. When he arrested you, he was nice to you. He knew how to treat people with respect and kindness. He had a lot of knowledge and many benefits he could bring to help the younger officers here. He just had a good personality. Cheatham County – they love law enforcement. They expect us to do a good job, and we do a good job for them. We try to do the right thing. This county does show love and respect for law enforcement. It really does, and we’re really proud of it. We’re really fortunate to be in the county that does. We just ask for people’s prayers and thoughts and for his family and his wife and kids. Tell people you love them. Tell your people you love them. That’s the main thing.”