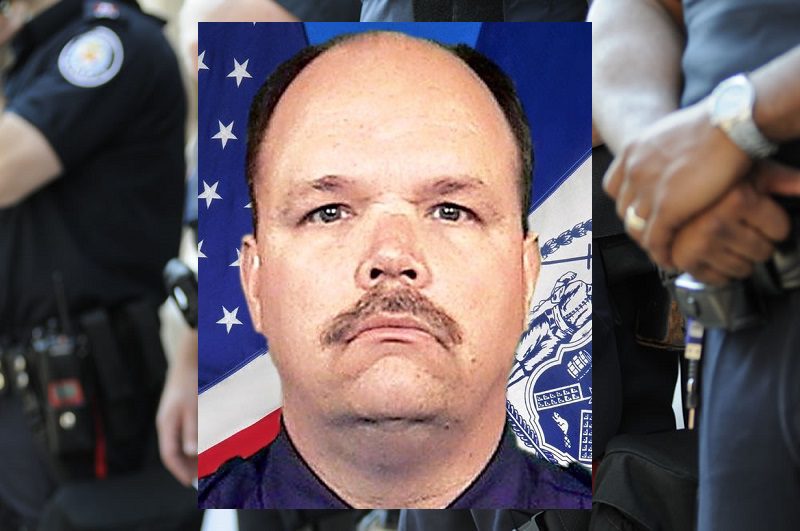 On Friday, August 14, 2020, Deputy Sheriff Stephen Bradley Crazywolf Dutton died from the impact of COVID19. The coronavirus is the number one cause of death for law enforcement officers in the line of duty for 2020. The United States is losing nearly one officer per day. Deputy Dutton, age 54, had served his career with the Harris County Sheriff’s Office. He was treated for a month in a local hospital before his passing.

Before becoming an officer, Stephen Dutton attended the Chattahoochee Valley Community College. He served his country in the U.S. Navy as a hull technician. Dutton became an officer when he joined the Columbus Housing Authority, then soon joined the Harris County Sheriff’s Office as a Deputy. He loved to share his Native American ancestry and history with others. He also enjoyed sharing the word of God as he gave prepared sermons at the New Visions Christian Ministry.

Deputy Dutton gave his life to the Harris County Sheriff’s Office and the residents that they serve. Sheriff Mike Jolley currently manages the department. The department has responsibilities that include management of the county jail, courtroom security, and primary law enforcement for Harris County residents’ protection and safety. Georgia State Constitution states that the Sheriff’s role is the chief law enforcement officer in the given county.

The office has a long tradition of being divided into three different departments. Department 10 (42 sworn deputies) is known locally as the ‘Gun Carriers or Road Deputies.’ Department 11 (6 sworn officers and 19 certified jailers) handle the Harris County Jail’s management and operations. Department 12 (no assigned staff) refers to workers or administration who serve the community inside the Harris County Law Enforcement Center, including maintenance workers.

Deputy Stephen Dutton was currently working under Department 12 as a deputy security officer for the Harris County Courts.

Deputy Sheriff Stephen Bradley Crazywolf Dutton leaves behind a wife, three children, and ten grandchildren. Children and grandchildren across the country are losing in the battle with the pandemic. They are losing the adult leaders and encouraging bonds that should be there to carry them on to adulthood. The Harris County community, residents, friends, and extended family members are joining to support each other during this loss.

Steve Wightman of the Big Shout Out! posted this on his social media page. “Honoring Harris County, Georgia, Sheriff’s Office Deputy Sheriff Stephen Bradley Crazywolf Dutton, died August 14, 2020, after contracting COVID-19 in a presumed exposure while on duty. He was a #USNavy veteran. Honor him, so he is not forgotten.”

Our young hero Zechariah Cartledge, who runs to raise funds for fallen officers’ families, put together an impressive run for Deputy Dutton.

ATF Headquarters posted their condolences on their Twitter feed. “Our thoughts are with the Harris County Sheriff’s Office, Ga., and the family and friends of Deputy Sheriff Stephen Bradley Crazywolf Dutton, who passed away as the result of contracting COVID-19 while on duty. #LODD #EOW.”