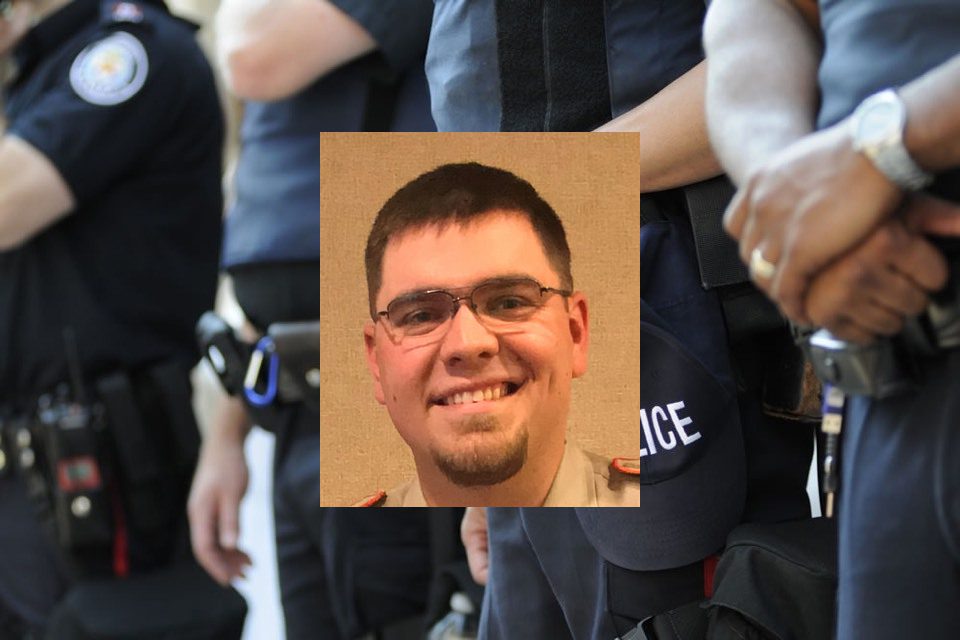 Deputies were responding to a complaint about a dog. The complaint stated the problem was located in the 100 block of Bryan Street. Along with an Eden municipal employee, both deputies attempted to make contact with the dog’s owner. The subject at the resident fatally shot both deputies and injured the city employee.

After the shooting, the subject then barricaded himself inside of the home. The mayor, who lived close by, came to the scene and talked the man into surrendering about 30 minutes later. He was promptly arrested and charged with two counts of capital murder.

Leonard was recently married in 2017, and he had a beautiful young daughter. He had varied hobbies like photography, grilling, and firearms. Leonard had a huge smile and was known to make others laugh. He especially loved his daughter. He was also an Eagle Scout with the Boys Scouts of America and belonged to the local Milam Masonic Lodge.

Concho county is located in mid-Texas, in the Edward’s Plateau region. The county seat is the town of Paint Rock. Initially founded in 1958, the county government was later reorganized in 1879. The county was named for the local Concho River. The town of Eden, where this incident occurred, was established in 1882, grew slightly when the railroad came through in 1912.

Deputy Sheriff Samuel Leonard was a 26-year-old man who left behind his wife and young daughter. He also had siblings, two brothers, one of them was his twin and a sister. Many law enforcement officers from the region plan to come together to provide an honorable send-off to Deputy Leonard to show gratitude for the sacrifice he made for his community.

Zack Leonard, Deputy Leonard’s brother, shared his deepfelt grief on Facebook. “I’m at a loss right now, and my heart isn’t just broken; it’s shattered, but I feel like I need to say a few words about my brother and best friend, Samuel Leonard. Sam was the type of person who looked out for the innocent from the time he was a little kid, once getting into a fistfight on the playground with older, bigger kids because they were picking on his twin brother. I wasn’t surprised when he told me he was going into law enforcement; it was what he was born to do. Rest easy program. I love you dearly and will see you soon.”