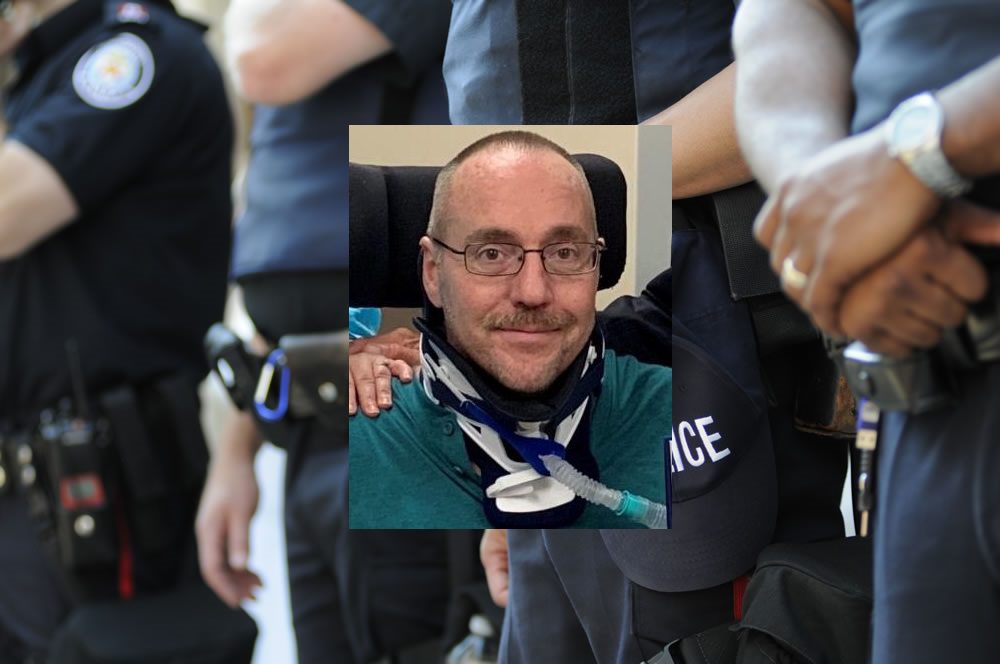 On February 3rd, 2020, the Houston area endured a significant loss with the passing of Deputy Sheriff Richard Whitten, who suffered a heart attack during a physical therapy appointment. A victim of a shooting in May 2019 that left him paralyzed, Deputy Whitten was well-loved by his fellow members on the force, and by the community he served.

Deputy Whitten is survived by a wife and two children. A highly regarded member of the force, many of Deputy Whitten’s colleagues and community members have spoken out about deep commitment to his community. A graduate of the Lone Star College Police Academy, Whitten represented the best of the profession. He was known for his loving nature and respect for every member of a community, including its smallest members, animals. Among veterinary staff in the area, Deputy Whitten was known for his generosity. He often brought food to the clinic and would pull up with cats all over his car, much to the delight of staff.

Deputy Whitten served with the Liberty County Sheriff’s Office for four years. When responding to a call about shots fired near a plumbing company in Cleveland, Deputy Whitten was compelled to jump into high gear. He was en route to a training class but spotted the suspect, who had already killed a woman and two male victims, about a mile from the crime scene and attempted to pull him over. After addressing the suspect, the man pulled a handgun and fired at Deputy Whitten, hitting him in the neck and nearly ending his life at that time. The suspect took off but was found later to have committed suicide.

What is clear is that Deputy Whitten bravely responded to the situation. Reporters who spoke to civilians where the incident occurred and heard that there likely would have been more victims in Deputy Whitten hadn’t responded to the scene. Law enforcement agencies have come under scrutiny for their handling of citizens who suffer from a form of mental illness. Due to the lack of available health care options for those who have a mental illness, law enforcement is generally the first group tasked with handling their care. Because of the complexity of this work, many officers receive significant amounts of training and psychological education so they may better serve these individuals. It’s incredibly challenging work. Our thoughts are with the family and colleagues of Deputy Sheriff Richard Whitten.