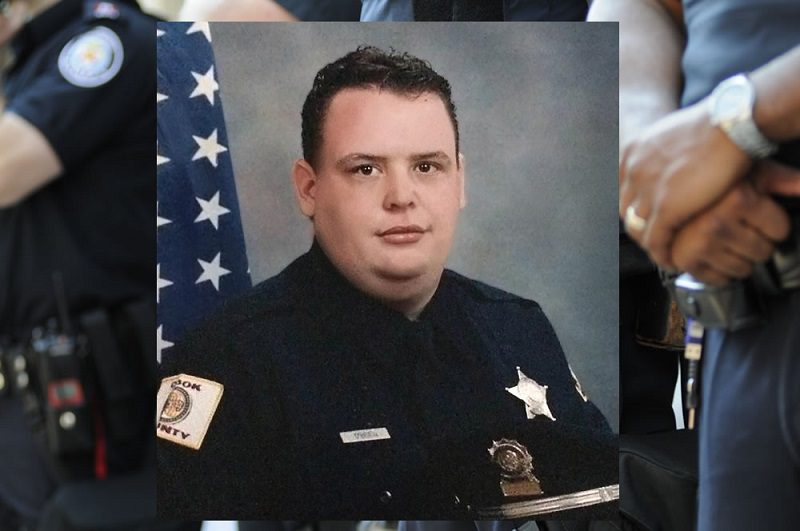 On Sunday, May 3, 2020, Deputy Sheriff Richard O’Brien, Jr., died after contracting coronavirus while on duty with the Cook County Sheriff’s Office. Deputy O’Brien was among several officers who tested positive during an outbreak at the Cook County Detention Facility in Chicago.

O’Brien, age 53, had served his community through his employment with the Cook County Sheriff’s Office for more than 25 years. He was assigned to both the Department of Court Services and the Skokie Civil Process Unit.

The Sheriff’s office and his peers speak highly of Deputy O’Brien. He was known as being highly-motivated, a dedicated professional, and respected by everyone that knew him.

As with many who have passed due to complications arising from COVID19, O’Brien had pre-existing conditions, which made his battle against the disease even harder. He suffered from both heart problems and leukemia.

His wife, Cindi, told of how she was permitted to speak to him one last time before he was put onto a ventilator. He had said, “I love you, and I promise I’ll come back to you.” These were his last words to her.

Cindi went on to say that she had begged him not to go into work. He said that “He couldn’t let leukemia win.” He was very dedicated to his work and being better despite his illness.

The Sheriff’s office was devastated by the loss. In their brief statement to the press, they commented on his dedication to his job. “O’Brien earned the respect of his peers and supervisors for always asking to be assigned to the frontline and for going the extra mile.”

O’Brien was a father to three children who came to know him as “pops” short for “popsicle.” He loved dancing with his wife, wearing a cowboy hat, and jabbing his co-workers with fun and witty comments.

The deputies have many responsibilities. These can include civil service, processing evictions, security for courthouses, and management of the Cook County Detention Facility.

Known as the third largest jail facility in the United States and is located on 96 acres in the South Lawndale neighborhood of Chicago, Illinois. It is managed by the Cook County Sheriff’s Office.

A large facility, the jail can hold more than 9000 inmates at any one given time. It was also the location of the last state electrocution before it was legally overturned, which occurred on August 24, 1962.

Family at an Unexpected Loss

His brother-in-law, Jeff Steward, expressed his grief and that of the family. “It’s just not fair. Had COVID-19 not been around, Rich would be here. He would have been here today to celebrate his daughter’s 22nd birthday. Instead, O’Brien’s daughter’s birthday was marked last weekend with a video call and songs to his hospital room, where he lay unconscious after nearly three weeks on a ventilator.”

A statement from the Sheriff’s office expressed both their admiration for O’Brien and their sadness over the loss. “He was known by his colleagues as a highly motivated and dedicated professional. Throughout his career, he earned the respect of his peers and supervisors for always asking to be assigned to the front line and for going the extra mile. It was no surprise to those who knew him that he continued to work even after he was confronted with significant health issues, including a leukemia diagnosis in January.”

O’Brien will be missed by all that knew and loved him, as well as the many co-workers whom he impacted over his many years on the job.