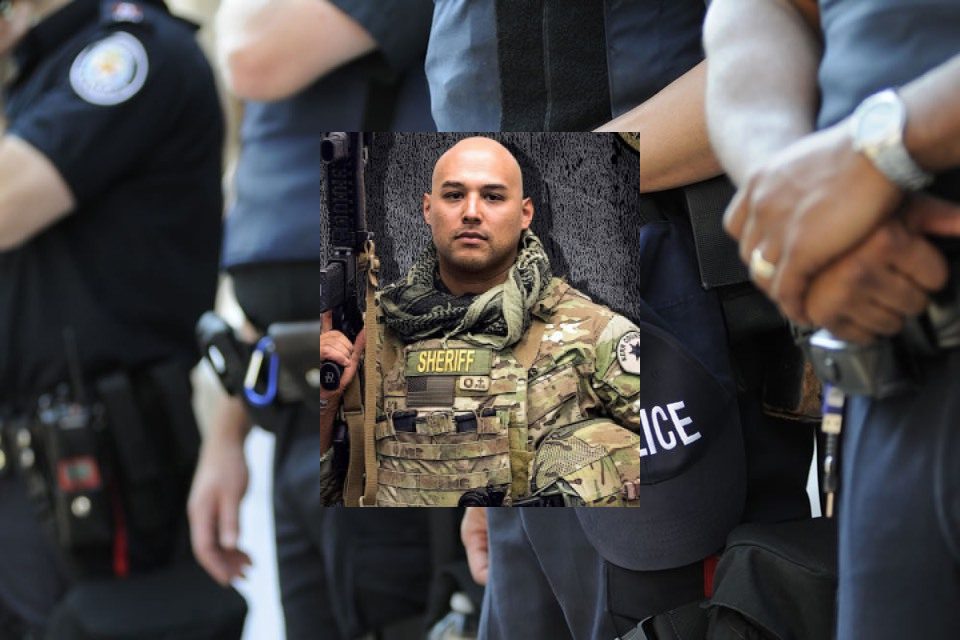 On Sunday, July 25, 2021, California authorities were saddened to hear that a local deputy had been shot and killed. Deputy Sheriff Phillip Campas, age 35, lost his life when he responded to a call regarding a shooting. Campas wore badge number 1392, representing the Kern County Sheriff’s Office. He had been working as a law enforcement officer with the KCSO for about five years.

A call initially came into 911 about a shooting in a residential area at about 1:00 pm. The shots were heard near a home close to 1st Street and Poplar Avenue in Wasco, California. When deputies approached the house, a subject inside opened fire. The gunman shot at the deputies and then barricaded himself inside the home.

The Kern County Sheriff’s Office deployed the SWAT team to the residents. As SWAT approached the home around 3:00 pm, the gunman again opened fire. From inside the house, the subject opened fire on members of SWAT. The gunfire struck two deputies.

Both deputies that were injured were assisted and transported to the local hospital. After arriving at the hospital, Deputy Campas succumbed to his wounds. The other officer is still undergoing treatment.

The gunman was shot around 6:30 pm and was seriously wounded when he fired on the SWAT team, and they fired back. The injured man was taken into custody and for treatment of his wounds.

Formed in 1866, The Kern County Sheriff’s Office is responsible for law enforcement in the county of Kern, California. The agency provides law enforcement within county limits, manages the county jails, and includes search and rescue services. KCSO contains over 1,200 sworn officers and civilian employees. Its jurisdiction covers approximately 8,000 square miles, which is the unincorporated area of the county.

Deputy Sheriff Philip Campas gave his life to serve with the KCSO. The agency has its headquarters in Bakersfield but also has 15 substations throughout the county. The metro patrol area is divided into four regions: north, south, east, and west. The agency is a fully accredited law enforcement agency that provides excellent law enforcement services to the Kern County area.

Deputy Sheriff Phillip Campas leaves behind his wife, two daughters, and a stepson. He was a young father and leader of many youths in the community who will also be mourning the loss. Campas had 27 colleagues at his department that were like family to him. These officers and many more from the area will help the family honor his memory and share gratitude for the sacrifice he made for the safety of all.

Kern County Sheriff Donny Youngblood shared thoughts about the type of officer that Campas had been. “He was a star in our organization. When you talk about police officers who run toward gunfire, that’s him.”

Kern County Government posted a memorial to honor Deputy Campas. “Deputy Campas will always be remembered as a Kern County hero. He was a five-year veteran with the Kern County Sheriff’s Office and had previously served our country as a United States Marine. Deputy Campas was assigned many roles within KCSO, including a patrol deputy, SWAT team member, Honor Guard member, recruit training officer, and range instructor. We thank Deputy Campas for his service and ultimate sacrifice.”

The Peace Officers Research Association posted a message of gratitude and shared condolences for the family of Philip Campas. “We are sad to inform you of the loss of Deputy Phillip Campas from Kern County Sheriff’s Office KLEA (Kern Law Enforcement Association). Campas was shot during a hostage situation in Wasco, CA. Campas had been transported to the hospital but unfortunately did not make it. We thank Deputy Phillip Campas for making the ultimate sacrifice while serving and protecting his community.”

The Kern County District Attorney’s Office posted a message about the loss on their Twitter page. “Our deepest condolences to family, friends & fellow deputies of the KC Deputy Sheriff who was killed in the line of duty today. We also pray for a speedy recovery for the second deputy wounded. A tremendous tragedy & loss for @KernCoSheriff & our community. Our hearts are broken.”