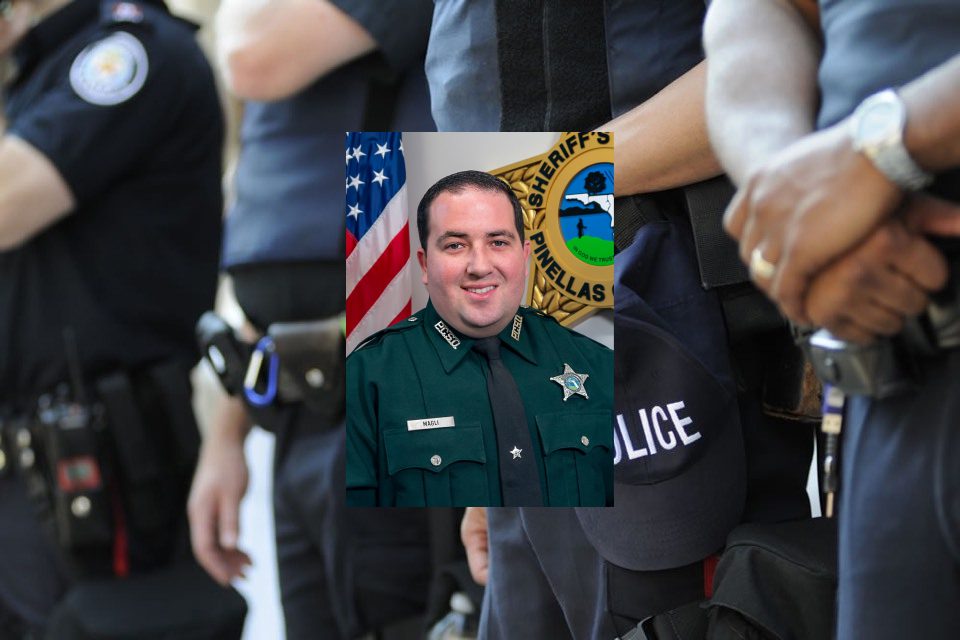 On Wednesday, February 17, 2021, Florida officials were saddened to brief the public about a drunk driving accident taking a local officer’s life. Deputy Sheriff Michael Magli, age 30, was struck and killed by an intoxicated driver.

It began with a call to the police about a man passed out behind the wheel of a vehicle at the intersection of Forelock Road and East Lake Road. When first responders arrived on the scene, they found the man unresponsive. Concerned it was a medical problem, EMTs broke the window to gain access to help the driver.

When the window broke, the sound woke the driver, who then panicked. When he became conscious, his foot hit the gas, and he accelerated at high speeds. Another officer on the scene, a Sergeant, attempted to stop the man from driving away. However, the man recklessly jumped the median and into oncoming traffic.

Deputy Magli was just ahead, rolling out stop strips to contain the driver to the area. At that moment, the intoxicated driver lost control of his vehicle. The car flipped and struck Deputy Magli. He was pinned beneath the car, suffered traumatic injuries, and died at the scene.

The driver of the car was arrested and identified. It was found that he had 16 previous felony convictions. The suspect was on parole, and he was arrested on the spot. He is now facing several serious charges.

Deputy Magli chose to serve his community through his work with the Pinellas County Sheriff’s Office. He wore badge number 58501 for the last eight years. The PCSO is the primary law enforcement agency for all of Pinellas County, Florida. Deputies in this agency are responsible for enforcing both state and federal laws and operating, managing, and maintaining the Pinellas County Jail.

A vote initiated the PCSO in 1916. In the early days of the agency, deputies had to be concerned with bootlegging, moonshining, and gambling. While deputies may find these still troublesome today, their concerns have changed to that of the viral pandemic. Law enforcement has always been considered a dangerous occupation, no matter what criminal behavior is being targeted.

Until the late 1950s, Pinellas County Deputies drove their vehicles. Today, they get top-of-the-line patrol trucks and cars, as well as water rescue boats and other necessary equipment. The officers patrol a total of 608 square miles. The agency serves a population of nearly 1 million residents.

Officers know each day, when they put on their badge and uniform, there is a possibility that they may not be coming home that night. Their families live with that fear every day so that everyone else can sleep soundly at night. Deputy Sheriff Michael Magli leaves behind his wife and two daughters.

The entire community came together to support the Magli family at a remembrance gathering at the Idlewild Baptist Church in Lutz, Florida. The PCSO honor guard fired a 21-gun salute in honor of Deputy Michael J. Magli, the first deputy in the 109-year history of the agency to die in the line of duty.

Officer Magli’s uncle, Sal Gallo, though devastated by the loss, beamed with pride over the man that Officer Magli had become. “Let me tell you something; I am never more proud of him as I am of him today, at this moment. I couldn’t say how proud I am of my nephew. So, rest in peace, our little angel, our little prince. Rest in peace, my little hero.”

Governor Ron DeSantis ordered all flags to be flown at half-staff in honor of Magli’s sacrifice.