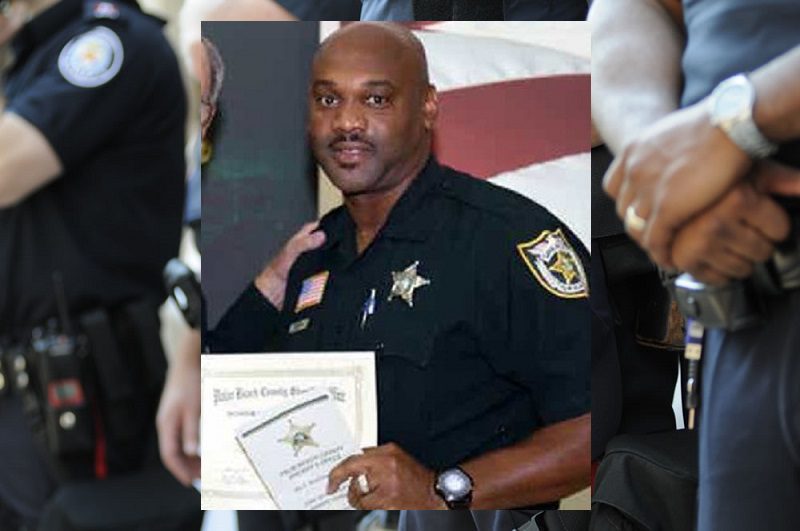 Palm Beach authorities were saddened to announce the loss of another officer to the pandemic. Deputy Sheriff Maurice Ford passed away on Thursday, August 27, 2020. He died from complications arising from his exposure to COVID19. Ford was 50 years of age and had served as a law enforcement officer for over 27 years of his life. He fought a long battle against the disease, as he has been hospitalized since June.

It is assumed that Ford contracted the virus through his work. His latest assignment was at the West Detention Center, where there is currently a severe outbreak. Several staff members and inmates have tested positive. He is the second PBSO member to die from the virus.

The Palm Beach County Sheriff’s Office has had 52 of the 239 deputies, who have been tested for the respiratory illness, came back with positive results. Of those who tested positive, 33 worked in corrections, the department where Ford was assigned.

Deputy Ford gave his life for his community. He served through his career with the Palm Beach County Sherriff’s Office. Also known by its acronym PBSO, the department is the largest law enforcement agency for Palm Beach County, Florida. The department is well-known by residents and well-liked. So much so that the agency has more volunteers than full-time staff.

PBSO has approximately 4,000 employees and 4,300 community volunteers. The agency provides a sense of safety and security for more than 680,000 residents in the unincorporated areas of Palm Beach County. The department also provides law enforcement to seven cities and towns with an additional 120,000 residents. This inclusion of residents fits the agency’s motto, “Putting Community First.”

The PBSO has many community responsibilities as they provide a safe and productive environment for its residents. The agency manages the county’s jail system and provides security services at the jail. They also offer transportation for inmates to get to court or to be treated at a medical facility. The department maintains five domestic violence specialists who work to help those who are victimized.

Deputy Sheriff Maurice Ford left behind his wife and his son. The entire community is being devastated by the ravages of COVID19. The pandemic is leading a deadly path with no hope for families across the globe. The county, friends, neighbors, and others will join the family in prayers and grief.

The Twitter account The Faces of COVID posted a memorial to Deputy Ford. “Deputy MAURICE FORD, of the Palm Beach County Sheriff’s Office, died of COVID-19. He had been with PBSO since July of 2006.”

The Tri-County Lodge of the Fraternal Order of Police posted to their Facebook page. “Deputy Sheriff Maurice Ford died after contracting COVID-19 during an outbreak among staff and inmate at the West Detention Center at 38811 James Wheeler Way in Belle Glade.”

The Palm Beach County Sheriff’s Office made the following post to the community on their social media page. “It is with great sadness that we announce the passing of Deputy Maurice Ford, who died as a result of battling #COVID19. Deputy Ford began his career at PBSO in July of 2006. Our thoughts and prayers are with Deputy Ford’s family.”