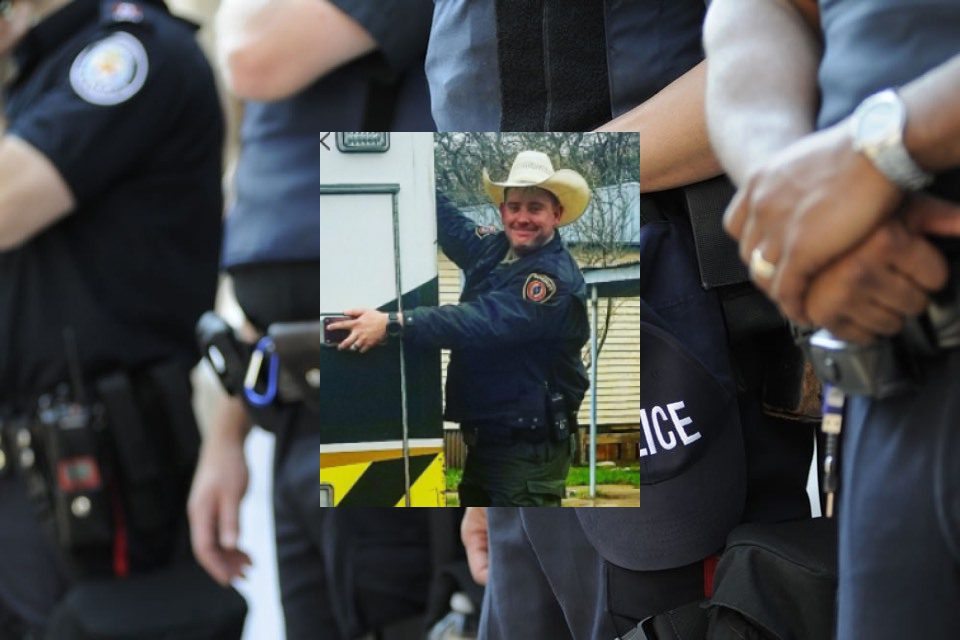 On Friday, October 11, 2019, Texas residents were saddened to learn that a local Falls County Deputy had died from an accident while on duty. Deputy Sheriff Matt Jones, badge number 3112, died while assisting a disabled motorist. Deputy Jones was 30 years old.

Deputy Jones and the Reisel Chief of Police stopped to assist a disabled motorist. While on patrol, they had noticed a stranded motorist on Texas Highway 6 close to County Road 190. The officers were on the side of the road with the patrol vehicle’s lights on.

Despite most state laws asking motorists to slow down and move to the furthest lane, a motorist approached the scene at speeds too high for the wet road surface. The vehicle hydroplaned and struck both Deputy Jones and the Reisel Police Chief. Deputy Jones was killed and died at the scene. The Police Chief was seriously injured.

Deputy Ryan Jones was a proud member of the Falls County Sheriff’s Office. He had served his community as a law enforcement officer for the last four years. Jones was a K9 handler for the department, and his K9 partner was at the scene when he died. Jones’ K9 was in the back of the patrol vehicle and received no injuries from the accident.

Falls County was founded in 1850. The county seat is Marlin, Texas, where the Falls County Sheriff’s Office is located. The FCSO has jurisdiction of 774 square miles. That is a lot of ground to cover for an individual agency. The services provided by the FCSO are intended for residents in unincorporated areas of the county, but FCSO has authority county-wide. The FCSO serves a population of approximately 17,866 residents.

The FCSO has to manage law enforcement services to an expansive area with the population of a small town. This can lead to challenges in budgets and the number of officers the department can hire. The FCSO patrols the roads and highways investigates reports of crime, protects residents and their property, provides civil service for the courts and courthouse security. The FCSO also has the responsibility of the operations and management of the Falls County Jail.

Deputy Sheriff Matthew Ryan Jones leaves behind his wife, parents, siblings, and K9 dog, Thor. The sudden loss devastated the family and the entire community. Jones was a popular officer in the area, and many will join the Ryan family to mourn his loss. Residents, fellow law enforcement, along with hundreds of friends and family members, attended the service. The large showing demonstrated the importance of the loss and the sacrifice given by an officer to the community.

Falls County Sheriff Ricky Scaman spoke at the service for Deputy Jones. “He lived life to the fullest. I don’t believe I have ever met a happier person than Matt. Matt always had that infectious smile on his face, never rattled by a call, and always remained calm, cool, and collected. Matt conducted himself and made decisions based not only on laws but also on common sense. This is something you just can’t teach. Now it is time to bid farewell to a fallen brother, a thin blue line friend to all, a loving husband, son, grandson, brother, and uncle. Rest easy, my friend; you served us well now it’s our turn. We will take it from here.”

Chief Ronnie Price of the Connally Police Department shared condolences to Courtney Jones, the wife of Deputy Jones. “My condolences and prayers are with you all. Matt is a fine man and admired by many. We have lost a brother, and we are all saddened by his passing. Matt, you fought the fight brother, may you rest in peace, and you will not be forgotten.”