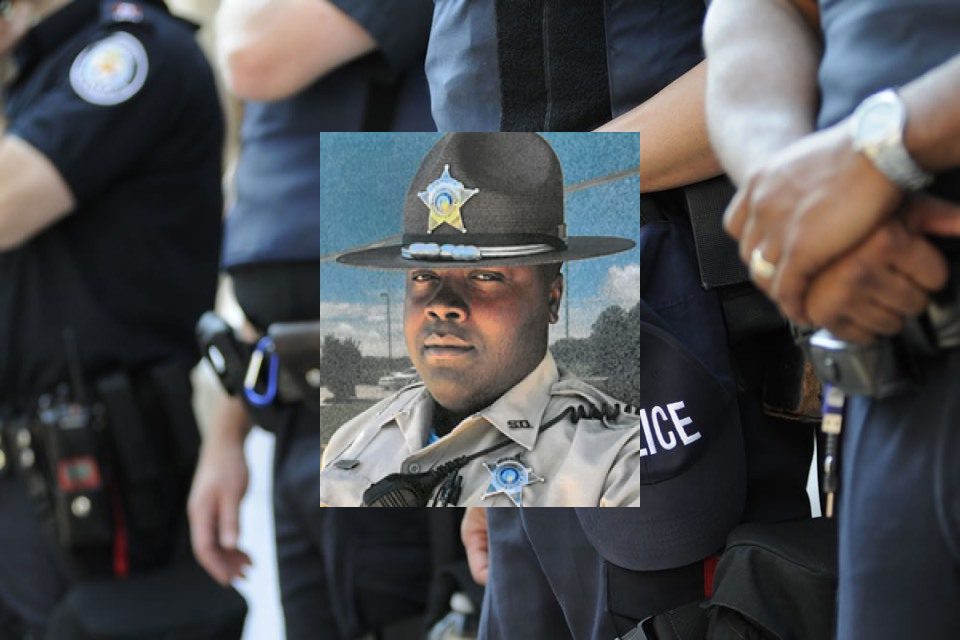 On Thursday, November 14, 2019, North Carolina officials announced to residents that a local officer had died in a car crash. Deputy Sheriff Makeem Rictrell Brooks, badge 414, was killed in a single-vehicle crash while answering an emergency call. Brooks was 27 years old.

A call came into the dispatch center about shots fired. It was late, approximately 11:30 pm, and Deputy Brooks took the call to follow up. He was outside of Garysburg, North Carolina, when, for unknown reasons, his car left the roadway. Brooks was driving on Highway 158, and when his patrol vehicle left the road, it overturned and rolled several times into the ditch.

Other drivers pulled over to help Deputy Brooks and called for law enforcement and first responders. Life-saving measures were taken to remove Brooks from the wreckage and transported him to a local hospital for treatment. Unfortunately, shortly after midnight, Deputy Brooks succumbed to his wounds.

Deputy Sheriff Makeem Brooks was working to make a difference in his community. He had recently graduated from the academy and was hired as a sworn officer with the Northampton County Sheriff’s Office in North Carolina. He had served as an officer for the past six months.

Automobile accidents in 2019 were the number one cause of line of duty deaths among officers. Studies show a variety of reasons why this danger is high for officers. Departments encourage officers to use their seat belts and train in handling their equipment in the car. However, some studies show that it can be due to increased adrenaline and becoming laser-focused while driving. Despite the different studies, keeping it top of mind for officers to practice safety while driving can help save many lives.

The department experienced its first line of duty death in 1771. The office of sheriff and other local law enforcement agencies grows in tandem with the population of their communities. NCSO today has a jurisdiction of over 377 square miles and provides law enforcement services to more than 312,000 residents.

Several small children survived deputy Sheriff Makeem Rictrell Brooks. Extended family, friends, neighbors, and coworkers will be there for these children to rely on in the years ahead. The NCSO Honor guard provided service to the Brooks funeral to show gratitude from coworkers and the community for the sacrifice he made in his service.

Sheriff Jack Smith shared his sorrow and condolences from the news. “I’ve had one or two ladies— citizens, that is — call me and say, “I remember him, he came to my house, he was so nice and helped me with the problem that I had going on. I am so sorry to hear that he has passed.”

Captain of Criminal Investigations Patrick Jacobs shared details of the loss and his sympathies in an email. “Deputy Makeem Brooks was a great deputy, who loved his job, was always eager to learn, always displayed a positive attitude, and was very proactive. Please keep the Northampton County Sheriff’s Office and our law enforcement family in your prayers.”