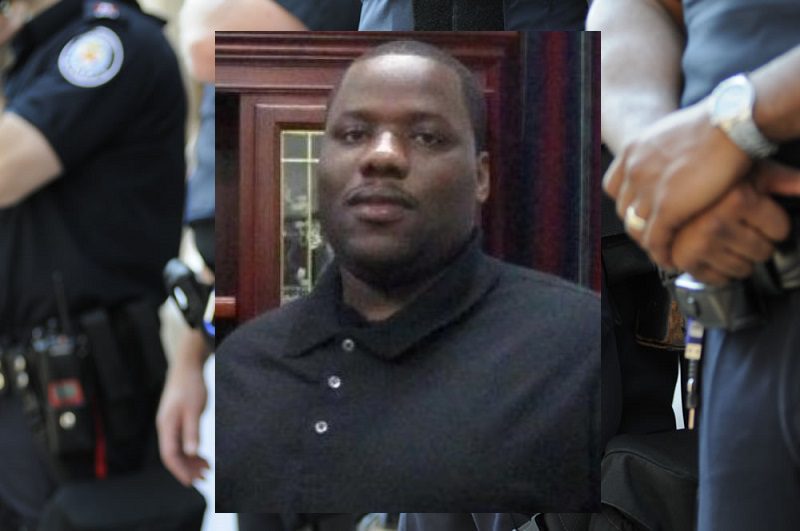 Early Wednesday morning, on March 18, 2020, Deputy Sheriff Kenterrous Taylor died in an automobile crash around 1:30 am. Deputy Taylor served with the Bibb County Sheriff’s office and was rushing to respond to a burglary call when he lost control of his vehicle. As he lost control, his car slammed into a wall and was overturned, throwing Deputy Taylor from his patrol vehicle.

It was a single-vehicle crash near the intersections of Forsyth Road and Napier Avenue. After striking the wall, his vehicle overturned several times, and he was ejected, causing fatal injuries. He had been serving the community with the Bibb County Sheriff’s Department for about one year. Previously he worked as a police officer with the Fort Valley State University Police Department for two years.

Above and Beyond Duties

It was the kind of officer that Deputy Taylor was known to be, going above and beyond his duties. He was actually off duty and had heard the call come out about the burglary in progress. At 1:30 in the morning, Deputy Taylor jumped into his patrol vehicle and rushed to stop a criminal or even possibly save someone’s life. He put their needs before his own, or that of his family’s.

Policing is inherently dangerous. When someone chooses law enforcement as a career, they understand that they are putting their lives on the line. Most do this because they feel called to help others, to protect those in need. The public is aware through media reports and how often it is noted that officers have been injured or lost their lives in the line of duty; many are not aware of what those dangers entail. Most automatically think of the big gun battles that are glorified in movies. While gun violence is still the number one cause of law enforcement deaths, the public would be surprised to know how close in numbers automobile dangers come in while placing second on the list of causes of deadly injuries.

In 2018, the number of deadly injuries caused by automobiles for the first time equaled the number of deaths caused by gun violence. Many factors come into play when cars are the reason behind an officer’s fate. Studies have shown that many accidents are caused by the focus and rush of trying to get to a location quickly, as the officer drives far too fast to get to somewhere in time to save someone. This can inadvertently cause the officer to lose control of their vehicle. This may have happened here with Deputy Taylor, but investigations are pending.

Other reasons can be the distractions of driving while operating multiple other law enforcement gears, such as radios, lights, and other items. Distractions are just as dangerous as drivers who use their cell phones while driving, and this is all under intense pressure to get somewhere in time to stop a criminal in progress. Other automobile deaths can be from other drivers who are careless and strike an officer who is in the midst of their duties, such as a traffic stop. These accidents could be prevented if drivers would follow state laws, which most have enacted, to pull to the opposite lane, and to slow down when passing a law enforcement officer in the progress of their duties. Other automobile-related deaths are from intentional criminal actions such as a fleeing suspect that may strike an officer as they are attempting to drive away from the scene of a crime.

Deputy Kenterrous Taylor had pushed to be able to serve with the Bibb County Sheriff’s Office. He died while fulfilling one of his goals. Deputy Taylor was a reliable leader for the youth, a young man himself, only 27 years of age. He died just two days shy of his first anniversary with the department.

He had jumped up to take that early morning call. He was known as a real go-getter in the department. During a briefing, Sheriff David Davis read a portion of Deputy Taylor’s essay from his application to the department. He read, “I would like to be a deputy sheriff because I have a desire to help those in need. I would also like to mentor the youth to keep them from going down the wrong path in life. Working for the Bibb County Sheriff’s Office has always been a goal of mine, and I’m ready to accomplish it and help keep Macon-Bibb safe.”

Deputy Taylor’s goal was to help the youth to become fine upstanding citizens, possible future heroes like himself. He wanted to protect the community he loved and the people he cherished, his neighbors, friends, and family. Sheriff Davis went on to say that Taylor had done all that and so much more. “Kentarrous Taylor lived up to everything he said he wanted to do as being a Bibb County deputy sheriff, and he gave his all to respond, to help other people, help his fellow deputies and to help this community.”

The county knows that the loss they have suffered means that they will go without the years of service and promise that Deputy Taylor had wanted to give to their community and their youth. They have lost someone who didn’t view it as just a job, but as their life’s dedication to them. That kind of caring doesn’t come around every day.

Deputy Taylor was the pride of his family. He was following in his father’s footsteps, who is also a Bibb County Deputy Sheriff. His father has been with the office for more than 20 years. His younger brother was following too, as he is now part of the law enforcement explorer’s program, hoping to achieve what both his father and brother had done to become a Bibb County Deputy Sheriff. The family, along with the community grieves over the loss and with complications from the coronavirus, are trying to figure through what it will take to make funeral arrangements for the young hero.