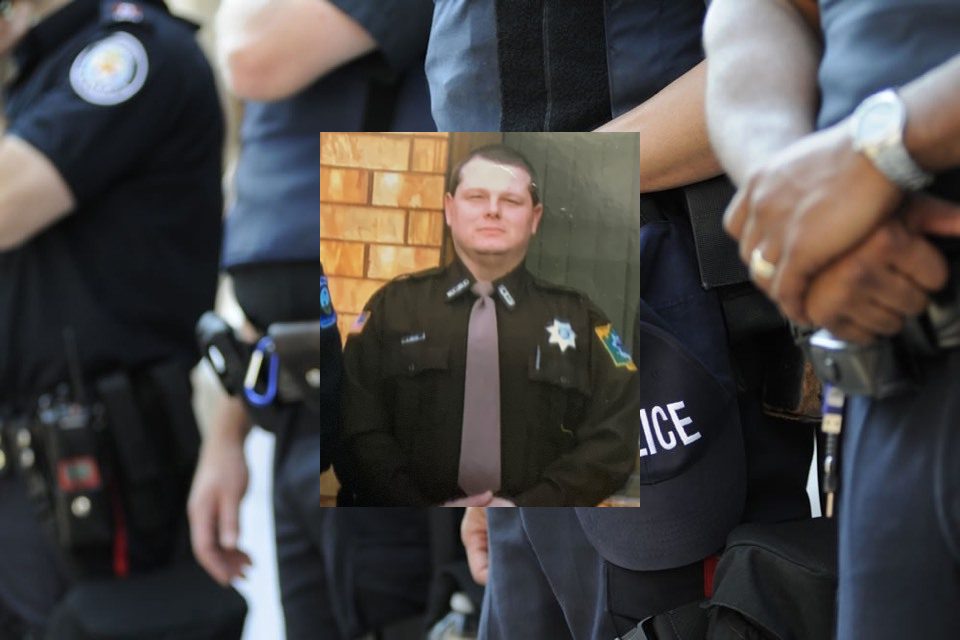 On Wednesday, July 28, 2021, Nebraska residents learned that a local deputy had died in the line of duty. Deputy Sheriff Justin Smith, age 43, died due to complications from contracting COVID19 while working as an officer. Smith, badge number 9316, was a proud member of the Burt County Sheriff’s Office.

COVID19 has killed more than 500 officers since the pandemic began. It has become the number one cause of line of duty deaths in the US. Law enforcement, and other first responder occupations, come into direct contact with the public each day. Often in positions where masks distract from needed vision and social distancing is impossible when making an arrest. COVID19 vaccinations are available and could save the lives of both officers and the people they serve.

Deputy Justin Smith was a veteran of the US Army Reserves. He entered law enforcement at age 30, more than thirteen years ago. As an officer, Smith served with the Burt County Sheriff’s Office and as the Police Chief for the Decatur Police Department.

Deputy Sheriff Smith served the residents of Burt County. He was a part of the Burt County Sheriff’s Office. The BCSO is headquartered in Tekamah, Nebraska.

The jurisdiction of the BCSO covers 497 square miles and serves a population of approximately 7000 residents. The responsibilities of the BCSO also include more than 5 square miles of river frontage. Burt County is along the western shore of the upper Missouri River.

Burt County was established in 1854. It is named for the first Governor of the Nebraska Territory, Francis Burt. The BCSO is also the County Jail. The facility is used to house inmates and is under heavy security. The sheriff’s department is responsible for the management of the county jail. Other responsibilities include patrol, investigations, victims’ services, court security, and civil service delivery.

Nebraska State Patrol Colonel John Bolduc shared his sorrow over the loss. “We are deeply saddened by the loss of Deputy Smith. He served not only the communities of Burt County but also our country and will be greatly missed. All of NSP will keep his family, colleagues, and the entire community in our hearts during this difficult time.”

Burt County Emergency Management Director Andrew Donawa spoke about his friend, Deputy Smith. “That is what he loved doing was being a community police officer, and going out and showing people how good police officers are and how he is just there to help them and assist them and however he can—a very intelligent young man. Nice guy. He was very eager to help anybody. And so that’s pretty much who Justin was. The sheriff called me on the Fourth of July and said that Justin had been diagnosed with COVID and that he was admitted to the hospital. It’s a very hard loss. Like I said, he was the police chief in Decatur. He was a deputy here, and it was a hard loss for the whole community.”