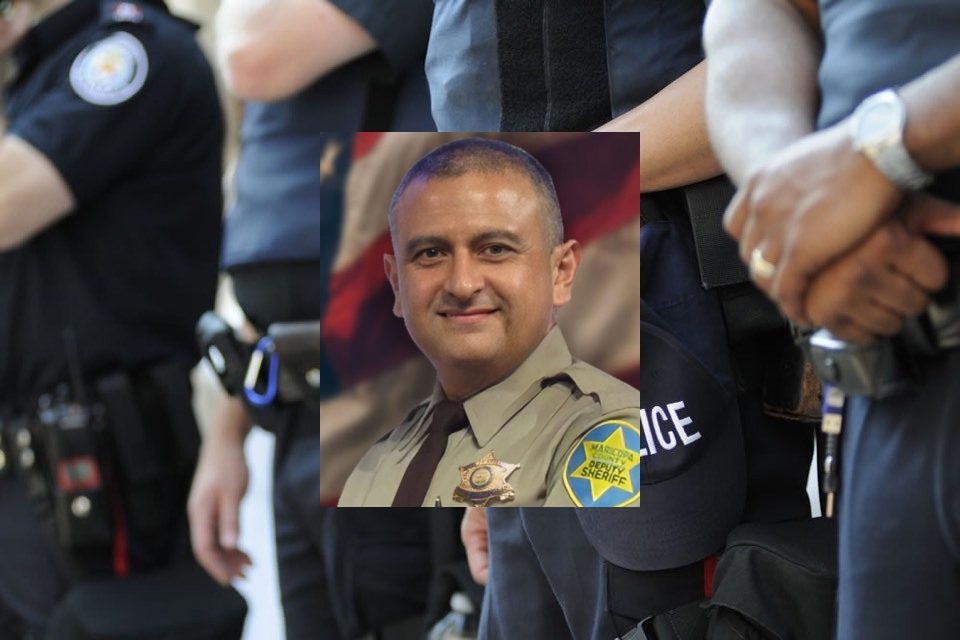 Arizona officials were devastated to announce to residents the tragic death of a local deputy sheriff. On Monday, October 11, 2021, Deputy Sheriff Juan Miguel Ruiz, badge number S2212, died from an assault. Deputy Ruiz had worked as a law enforcement officer with the Maricopa County Sheriff’s Office for the past three years. Deputy Juan Ruiz was 45 years old.

Two days earlier, on October 9, 2021, Deputy Ruiz and other deputies went out on an arrest warrant to pick up a man who was wanted for violating his parole. Ruiz was assigned the task of transporting the prisoner to the district station. Ruiz was to book him into the jail.

As Deputy Ruiz removed the cuffs, the man sprang into action – attacking deputy Ruiz. The prisoner assaulted Ruiz during a violent struggle. Ruiz attempted to use his radio for assistance. Instead, the man violently beat Deputy Juan Ruiz until he was unconscious. Once the deputy was knocked out, the subject stole his keys and patrol car. Then, he used the patrol car to crash through the gates to flee.

Other officers came to find Deputy Ruiz unconscious inside the holding cell. They were so afraid that he needed medical attention they opted not to wait for an ambulance but transported him to the hospital in the patrol car.

The man that assaulted Deputy Ruiz fled, but only after stealing multiple other vehicles. Later in the day, the subject went to his own home and disagreed with his neighbor. He tried to break into his neighbor’s home. While entering the house, the neighbor shot and wounded him. After he was injured, the violent man was taken into the sheriff’s custody.

Ruiz died surrounded by his family and loved ones. He had never regained consciousness from the attack. The family wanted to honor his organ donation wish, so Deputy Ruiz was kept on life support keeping his organs viable for transplant.

Deputy Ruiz had served as a sworn officer with the Maricopa County Sheriff’s Office for over three years.

The Maricopa County Sheriff’s Office employed Deputy Ruiz for the past three years. MCSO was initiated in 1871. The agency has more than 3,300 employees and runs on an annual budget of $404 million. The jurisdiction of the agency covers more than 9,224 square properties. Deputies provide primary law enforcement service to more than 4.3 million residents.

Deputy Sheriff Juan “Johnny” Miguel Ruiz leaves behind family, friends, neighbors, and coworkers. But, he leaves an entire county thankful for his sacrifice and working hard to keep their communities safe.

Sheriff Paul Penzone was devastated by the loss and spoke of the dangers faced by officers today. “I feel the utmost respect for the men and women of this organization, and I have a great appreciation for our colleagues at other agencies who came to the aid. I would hope that members of this community have a more clear understanding of the dangers these men and women face every day.”

Arizona Governor Doug Ducey released a statement regarding the loss of Deputy Ruiz. Arizona is heartbroken over the loss of Deputy Juan M. Ruiz. He served our state honorably for years, and his dedication to protecting others continues with the donation of his organs. He will always be remembered for his selfless sacrifice — and my deepest prayers are with Deputy Ruiz’s family and loved ones, as well as the Maricopa County Sheriff’s Office and the entire law enforcement community.”