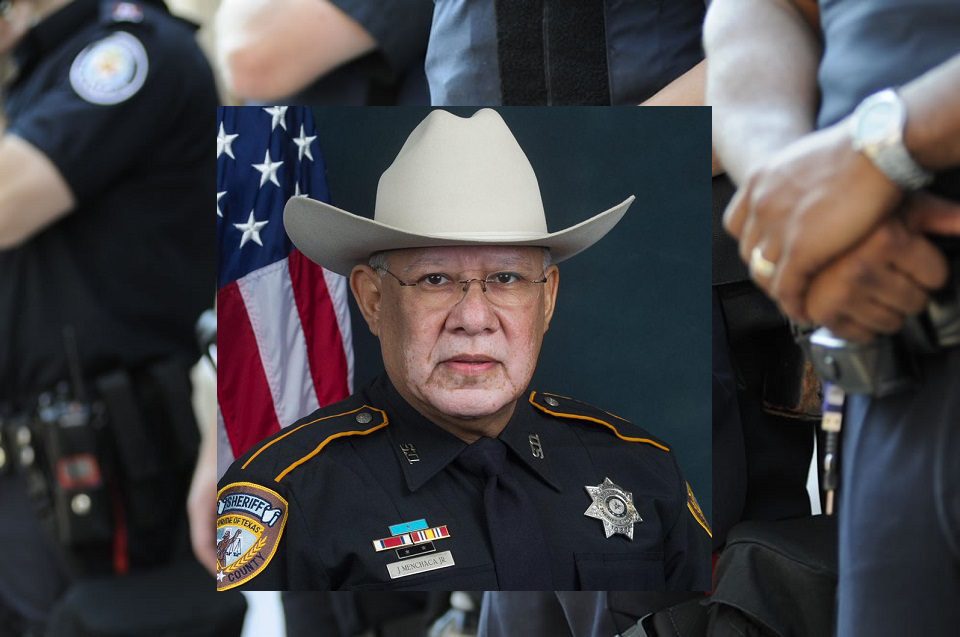 Texas has become a hotbed of COVID19 among officers, and the number of losses is frightening. On Saturday, June 13, 2020, Deputy Sheriff Juan Menchaca, age 70, died from the coronavirus. Menchaca likely contracted the virus while handling his duties protecting the courts in Harrison County. With over 32 years of law enforcement experience, he had spent the last 14 providing security in the Courts Division.

Menchaca’s previous years of law enforcement were with other local agencies. He began his career with the Nacogdoches Police Department and then spent more than 18 years with the Texas Department of Corrections. Deputy Menchaca represents the second death due to the coronavirus for the Harris County Sheriff’s Office. At the time of Menchaca’s death, the HCSO has had 332 positive cases, with 15 others still hospitalized.

Deputy Sheriff Juan Menchaca gave his life to the Harris County Sheriff’s Office and the residents it serves. The HCSO is a local law enforcement office that serves more than four million residents. HCSO maintains more than 3,500 employees and is the largest law enforcement agency in the state of Texas. Overall, they are the sixth-largest in the nation.

John Moore was recognized as the first sheriff of Harrison County. The county had previously been called Harrison, then later shortened its name. Harris County was initiated in 1837. The office began with one lone sheriff on horseback; today, they are among the most extensive and advanced law enforcement agencies in the US. The department is divided into ten bureaus, which are then further divided by type of crime or job responsibility. Officers of the HCSO are also responsible for all detention facilities in Harris County.

Families Stunned at Losses Due to COVID

Families across the globe are stunned at the mounting losses due to COVID19. They are setting dinner tables with empty seats that were once filled with loved ones. Deputy Sheriff Juan Menchaca leaves behind his wife and seven children. The community he has served, neighbors, friends, and law enforcement agencies in the area will be there as their support during their grief. They will celebrate the example he led in his life.

Harris County Sheriff Ed Gonzales gave a brief statement regarding the loss of a local servant and leader. “Deputy Menchaca was a beloved member of our Harris County Sheriff’s Office family, and he will be terribly missed by all of us who had the honor of knowing him. I ask the entire community to lift up Deputy Menchaca, his wife, Melissa, and their entire family in their prayers. I also ask that we all honor him by continuing to do our part to stop the spread of this terrible virus.”

Sheriff Ed Gonzales had much more to say in the department’s monthly newsletter. “Deputy Menchaca was born to protect and serve. He received an accommodation in June 2019 for helping save a toddler. On November 13, 2018, he observed Deputy Neomi Roberts administering aid to a 2-year-old boy and responded to assist. Due to Deputy Roberts and Deputy Menchaca’s quick actions, they were able to free the obstruction that was blocking the child’s airway. The child was able to breathe again before losing consciousness. He was looking forward to retiring and spending quiet time in the country. Deputy Menchaca had a special way of putting people at ease. He listened. He showed genuine compassion to everyone he encountered. He loved his community, and his community loved him back.”