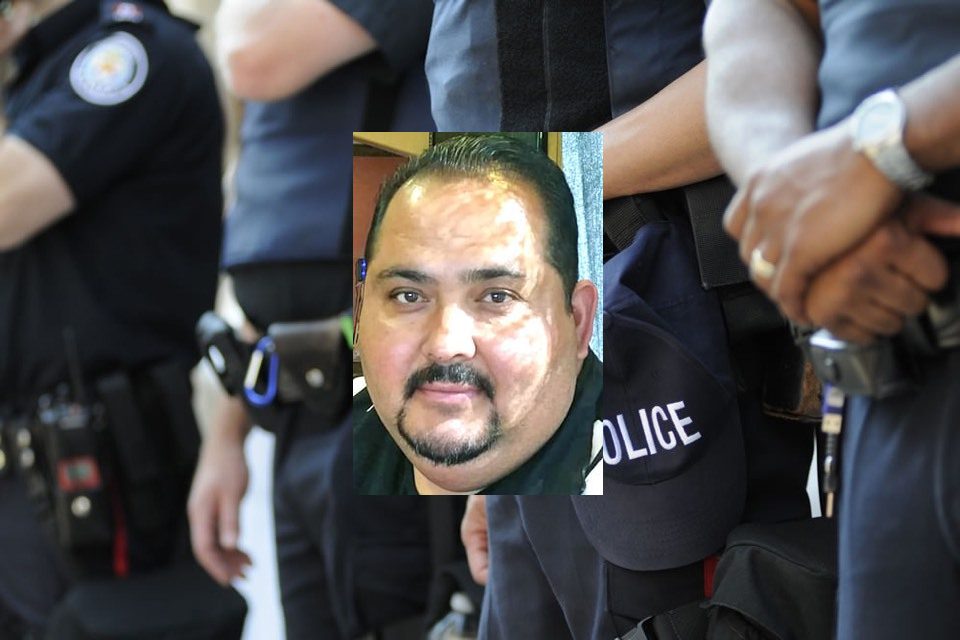 Blancarte had answered a call for assistance with a vehicle fire scene. The vehicle involved in the fire was located on Highway 90, approximately four miles west of Brackettville. At the location, Deputy Blancarte began to direct traffic around the area. A short time later, he began to feel ill.

EMS services were called to the scene to check on the symptoms Blancarte was experiencing. While being transported to Val Verde Regional Medical Center, Blancarte became unresponsive. Paramedics performed CPR, and shortly after arriving at the medical center, Deputy Blancarte passed.

Deputy Blancarte had served his community as a sworn law enforcement officer with the Kinney County Sheriff’s Office for over 20 years. During his time as an officer, Blancarte continued training and added to his officer education. He had just celebrated in June 2019 the achievement of obtaining a Master Peace Officer certification.

The Kinney County Sheriff’s Office has a great mission of providing quality law enforcement services to residents that live in a large area. The jurisdiction of this office spans 1,3650 square miles. The population of the county is less than 4,000 residents.

In communities such as this, the sheriff’s department has to be very careful with resources as they provide services with limited staffing and funding. These agencies still have similar responsibilities as other sheriff’s departments. The KCSO offers patrols, SWAT, criminal investigations, court services, and the Kinney County Jail management.

Deputy Sheriff Jose Luis Blancarte leaves behind his wife, four children, mother, and six siblings. The Blancarte family will lean on neighbors, friends, and extended family for support. As they mourn the loss of their loved one, residents and fellow officers will keep them in their prayers. In addition, various agencies will come forward to provide ceremonial honors at Blancarte’s service to demonstrate the significance of this tragic loss.

The ATF Headquarters shared their condolences for the loss of Deputy Blancarte. “Our deepest sympathies to the Kinney County Sheriff’s Office, Texas, and the family of Deputy Sheriff Jose Luis Blancarte, who suffered a fatal heart attack at the scene of a vehicle fire.”

Friend Catalina Villarreal Contreras shared her sadness over the loss of a friend. “It is sad; only God knew and knows what he does and how. I don’t have the words to say. We worked very closely with all of Kinney County SO’S from 2013 to 2018. We became friends calling each other by our first names. Luis, you will be missed. Your watch may have ended her, but now you have joined a celestial watch. Prayers for your family and friends, your brothers and sisters at Kinney County SO.”