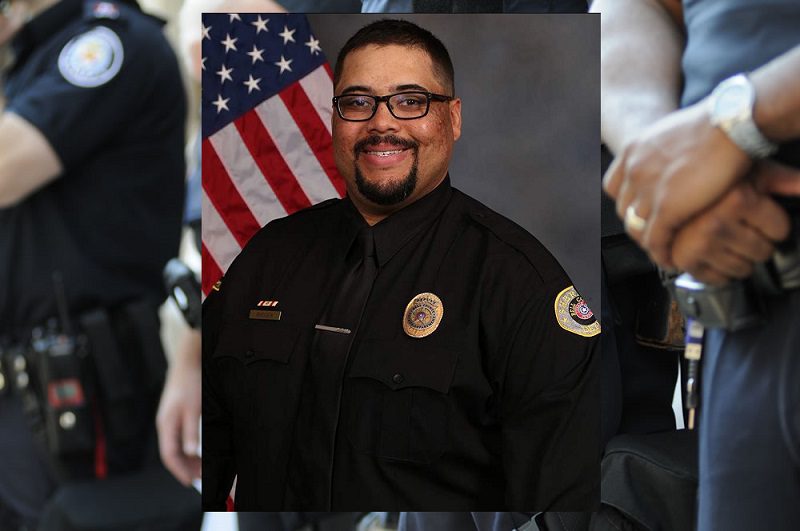 On Sunday, April 26, 2020, a Deputy Sheriff from the Bell County Sheriff’s Office, Texas, was struck and killed by a tractor-trailer. Deputy Sheriff John Andrew Rhoden, age 31, was attempting to deploy spike strips on I-35 near exit 294.

A chase began in Williamson County. Williamson County Deputies were pursuing a stolen vehicle. The call was placed for assistance from neighboring Bell County Sheriff’s Office. While answering the call to help, Deputy Rhoden was working to deploy spike strips when he was struck at approximately 1:45 am. He died at the scene.

An investigation of the accident is pending, awaiting help from the Temple Police Department and the Texas Department of Public Safety.

Temple Police have reported that on Tuesday, two days after the incident, the man they were chasing was still missing. Since the suspected car thief remains on the run, they were enlisting the help of the Texas Rangers. He had abandoned the stolen vehicle in Waco, and they are still looking for him.

After violence or shooting-related deaths, vehicle-related deaths remain a close second in the cause of line-of-duty law enforcement deaths. Many of these deaths are also preventable. A variety of non-profit and government agencies collect data to get insight into the causes of these crashes and accidents. They hope to incorporate their findings into training courses and information to lower these incidents in the future.

The National Law Enforcement Officers Memorial Fund produced collected data demonstrating that from 2005 to 2017, vehicle-related accidents accounted for 37% of line-of-duty deaths. The Fatality Analysis Reporting System (FARS) is the only agency compiling data based on detailed crash information. The information they discover can help uncover the exact causes of many accidents and find ways to save lives.

The data that FARS uncovered found some details that surprised some and helped pave the way for better training. Law enforcement fatalities in patrol vehicles are more likely to happen during the overnight hours (8 pm to 5 am). Fatalities on motorcycles were more likely in the afternoons (noon to 4 pm). Studies have even indicated over the years of collecting and comparing data, how much seat belt usage by officers has risen over some time.

Bell County, where Deputy Rhoden served his community for ten years, is deep in the heart of Texas. Here he worked with the Bell County Sheriff’s Office, located in the county seat of Belton, Texas. The total area that the patrol was responsible for was 1,088 square miles. A large portion in central Texas with an estimated population of 311,000 friendly neighbors.

Texas Governor Greg Abbott extended condolences to the family of Deputy Rhoden. He ordered all US and Texas flags lowered to half staff to honor the loss.

Rhoden is survived by his father, who previously worked for the Bell County Sheriff’s Office as a Correctional Officer. He later went on to become a Belton Police Officer. Belton Police Chief Gene Ellis made a statement regarding the family and the deputy. “The Rhoden family models a life of service and putting others first. John Rhoden grew up around BPD and then after college followed in his dad’s footsteps when he joined the Bell County Sheriff’s Department.”

Before the funeral, the US Honor Flag was brought to honor the passing of Deputy Rhoden. The US Honor Flag is a single American Flag that is taken around the country to provide honor to fallen first responders. The flag, along with its display, began as a way to honor the fallen victims of the September 11, 2001 attacks. Since then, it travels via RV to be at the funeral victims to provide a gift of honor to fallen heroes.