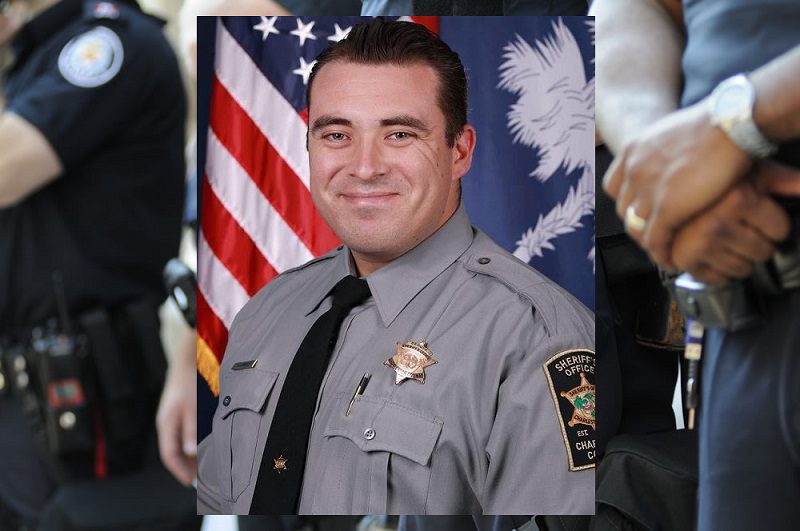 It was mid-afternoon on April 13, 2020, around 1:40 pm, when there was a motor vehicle crash at the intersection of Savannah Highway and Dobbin Road. A patrol vehicle, driven by Deputy Sheriff Jeremy Ladue was struck when another car collided with his patrol vehicle. Both drivers were killed in the crash.

Deputy Ladue was driving a 2016 Chevrolet Caprice. He was not wearing his seatbelt at the time of the crash. It is not known why, as it is part of the department’s policy to wear seat belts to help reduce injuries during crashes. However, there may have been some reason, as he could have been adjusting his gear temporarily. No one can say. The crash is currently under investigation by the South Carolina Highway Patrol.

Police Captain Roger Antonio had this to say about the patrolman. “Co-workers admired him for his dependability and enthusiasm. Our condolences go out to his family members and friends.”

Deputy Ladue was 29 years of age and had served with the Charleston County Sheriff’s Office since February of 2019. He was assigned to patrol the department’s West Ashley district.

Motor vehicle-related accidents are a leading cause of line-of-duty deaths for all law enforcement officers. It ranks 2nd only after shootings, except for in 2018 when the number of deaths in both categories was equal. The National Institute for Occupational Safety and Health (NIOSH) studies the causes of death for various occupations in hopes of finding ways to promote safety and reduce injuries and fatalities.

Many accidents are found to be preventable. NIOSH states that it is essential to encourage motor vehicle safety programs among the officers. Through these programs, fatalities can be reduced, and communities can remain safe.

The numbers are staggering; during one study from 2005 to 2017, 775 officers died from vehicle-related incidents. For this period, this equated to 37% of the total number of line-of-duty deaths.

NIOSH also explains that as law enforcement officers, many job-related hazards impact these numbers. Some of the many job hazards include physical exertion, psychological stressors, and health issues. These hazards also affect vehicle safety as well as behavior related hazards that also contribute to this risk. These can include not wearing a seat belt, speeding (mainly through intersections), being distracted while driving while using a mobile data terminal, or even experiencing a type of tunnel-vision brought on from the stress and anxiety of needing to reach a location quickly to save lives. All of these factors are considered when departments put together their safety protocols for operating a vehicle while on duty to reduce injuries and lives lost.

Ladue served with the Charleston County Sheriff’s Office. It is known to be one of the largest law enforcement agencies in the state of South Carolina. Charleston County, established in 1692, is the seventh-largest county in South Carolina with an area that the department patrols of 916 square miles of land as well as 442 square miles of water. Due to its location on the shores of South Carolina, it is the third most populous area, with the department serving approximately 412,000 citizens.

Parts of the county which the department covers are considered wildlife reserves. It is the home of both the Cape Romain National Wildlife Refuge and the Ernest F. Hollings ACE Basin National Wildlife Refuge. The area of Charleston County is varied with its metropolitan areas, wide-open beaches, and rural county lands. The department covers over 90 miles of coastline and 192 miles of creeks and rivers.

Deputy Sheriff Jeremy Ladue is survived by both his parents as well as his sister. His father is a retired police officer who served in the state of California. He had served in the city of Antioch. His family mourns the loss of Jeremy as well as his many friends and law enforcement family members. South Carolina will together mourn the loss of this young man, who would have served their communities for many years to come. Funeral arrangements are pending, law enforcement services and tributes to be announced at a later date.