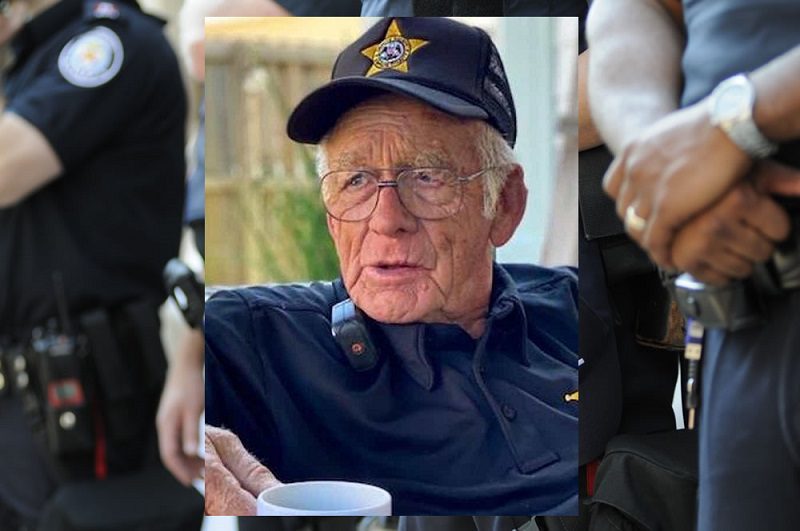 Mississippi officials announced the death of one of their beloved senior law enforcement officers on Friday, June 13, 2020. Deputy Sheriff James Blair, age 77, was shot and killed while transporting a subject into an involuntary psychiatric evaluation.

While at the mental health facility at 3087 Mississippi 13 in Mendenhall, Deputy Blair took the suspect back to his patrol vehicle after the evaluation had taken place. It was when he placed the man in the back of his car that he was physically assaulted, and the subject managed to take the deputy’s weapon. He then shot and killed Deputy Blair and took off on foot from the scene.

Deputy Blair was a staple in the community. He had given his entire life to protect and serve his neighbors and family. For over 50 years, Blair served as a law enforcement officer with the last five years at the Simpson County Sheriff’s Office. He was known as a long-time lawman who would give the shirt off his back to help anyone he came across. His work ethic was exemplary.

Simpson County Sheriff Paul Mullins commented on working with Deputy Blair. “He was always willing to work. You could ask him to do anything, and he would never back down. Sometimes, I would have to make him go home because If we were doing something, he would just want to be there to help us out.”

Every person who chooses to wear a law enforcement uniform and badge understands that it comes with significant risk. Most want this line of work to help their communities, neighbors, and family, most importantly, to keep them safe. One duty that officers regularly face that can be risky is the transportation of inmates, suspects, or, as in the case with Deputy Blair, someone suspected to need mental health services.

No matter the reason behind the transportation provided, it is inherently dangerous to the officer(s) providing this service. On average, there are approximately 309 suspects that will escape during a transportation situation every year. The majority of prisoners are transported to and from the court or other services without incident. The fact remains that some events occur when an escaping suspect fatally kills or severely injures the officer providing the transportation. There are also times when prisoners attempting to escape are injured and even killed by officers in self-defense.

Simpson County, Mississippi, is located along the eastern shores of Pearl River. Pearl River was once considered an important trade route during the 19th century, connecting to the great Mississippi River. The county was named for Judge Josiah Simpson and originated in 1824. The city of Mendenhall is the county seat for Simpson County and the location of the Simpson County Sheriff’s Office.

A Deputy Who Gave Everything

George Reynolds, under-Sheriff of Simpson County, described the loss of Blair as, “A void that will never be replaced.” Deputy Sheriff James Blair is survived by his wife and grandchildren. Both were raising his grandchildren as his daughter preceded him in death. The tragedy of this loss cuts deeply into the family that had already suffered a loss.

The Simpson County Sheriff’s Office made this statement on their Facebook page, expressing their grief and condolences. “Yesterday, the Simpson County Sheriff’s Office experienced a tragedy that every law enforcement agency prays never happens. Thank you for all the prayers during these last two days, and we ask that you continue to pray for the Blair family and our county as a whole. We have lost a true public servant and a great man.”